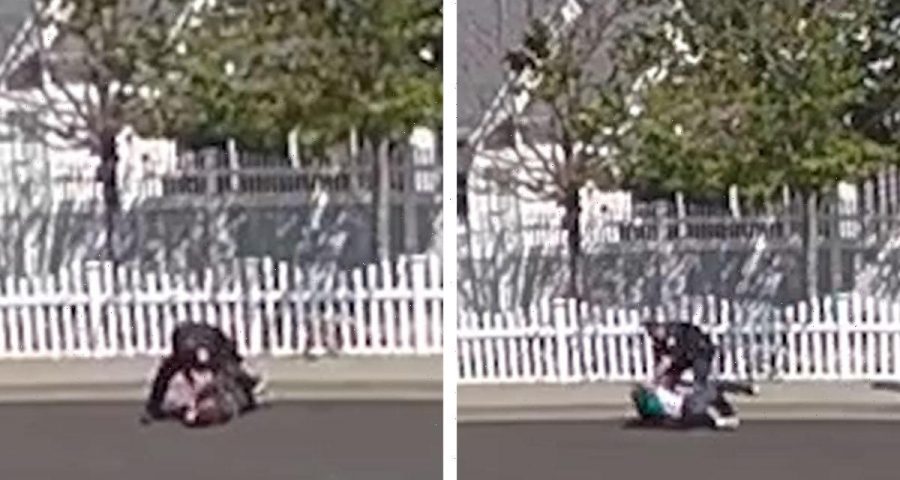 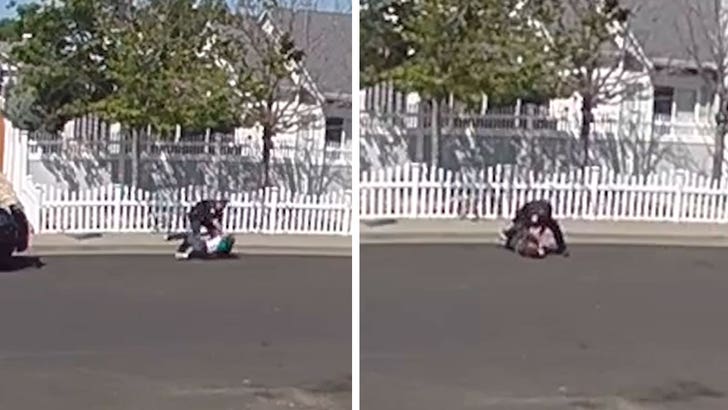 A 17-year-old boy with autism and attention deficit hyperactivity disorder was punched in the head by a cop, who threatened even more punishment.

The incident went down Wednesday in Vacaville, California. Cops responded to a call of a possible stabbing or assault with either a pipe or a knife and found Preston on his scooter.  Preston was allegedly in a scuffle with a neighbor and picked up the alleged weapon but no one was injured.

In the video, you see the officer toss Preston’s scooter to the side and order the teen to sit.  He gets in Preston’s face and the boy then gets up and tries to run. The cop grabs him, yanks him to the ground and delivers a punch to the head. 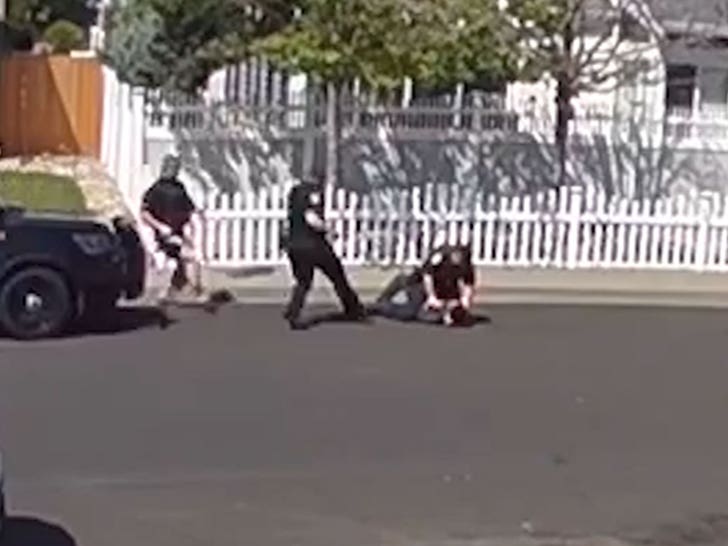 Preston’s dad, Adam Wolf, posted this … “The officer screamed at him to sit down which he did. The officer then moved Aggressively toward my son, threw his scooter and got in his face. My son became fearful, as would any child with Autism. The officer went to touch Preston, at which point Preston moves away.  At this point, Preston was confused and afraid and moves away from the officer even more.”

Adam goes on …  At that point the officer felt it was a good idea to THROW Preston to the ground … I don’t believe that Preston will ever trust a police officer again. I am pro police, but I am not pro ABUSE! This individual and department must be held accountable for their actions. NO child, disability or not, deserves to be treated like this.”

Police detained Preston for an hour … he was cited and released.

The PD says it’s investigating the incident and the officer didn’t know Preston had special needs.