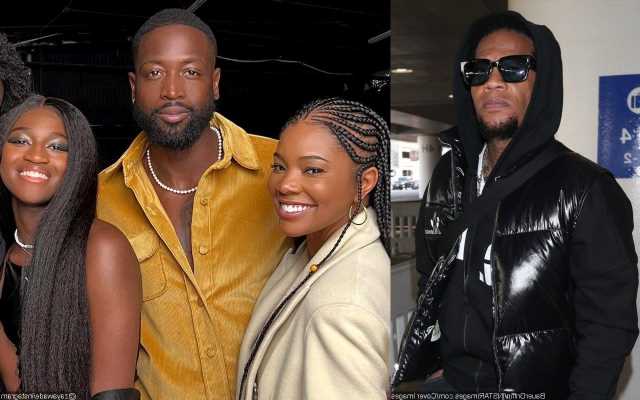 During his appearance on VladTV, the comedian thinks that the NFL star and his actress wife should have seen the pushback surrounding their transgender daughter coming.

AceShowbiz –D.L. Hughley has shared his opinion about backlash against Dwyane Wade‘s daughter Zaya. During his appearance on VladTV, the comedian thought that Dwyane and his wife Gabrielle Union should have seen the pushback coming.

“I think two things can exist; I think that I can respect the love and protection that they feel [as parents],” D.L. told DJ Vlad. “I think loving your child without recriminations is required of us. It’s also disingenuous to believe that people aren’t gonna have an opinion to that.”

He went on to say, “If you make these things public, people there are people [who are] gonna have public assessments of it, so I can’t fault you for loving your child and protecting them and being proud of them, and equally, I can’t fault people for having an opinion.”

The actor added, “Listen, to me, you’re not grown until you leave my house. If you’re still going to a pediatrician, if you need my permission to go to a movie, then I’m going to have a say in what happens. If you believe that isn’t how you want to run your family, I have no choice but to respect that.”

D.L.’s comments arrived after Gabrielle defended her step-daughter Zaya, who came out as transgender in 2020, in a resurfaced clip. The clip saw the “Bring It On” star calling out Boosie Badazz (Lil Boosie), who is known for publicly criticizing the family. “He’s so pre-occupied. It’s almost like, thou doth protest too much, Little Boos. You got a lot of d**k on your mind,” the “She’s All That” actress.

Boosie quickly clapped back at Gabrielle in a tweet. “LOL!! THE WHOLE WORLD KNOW I LOVE WOMEN N THE WORLD KNOW YOUR HUSBAND LOVE D**K!!” he wrote back in December. “I HOPE U DONT THINK BLACKS LOOK AT YALL LIKE A POWER COUPLE THEY DONT!! I HAD REFUSED TO TALK ABOUT YALL IN INTERVIEWS N HEAR YOU GO!!”