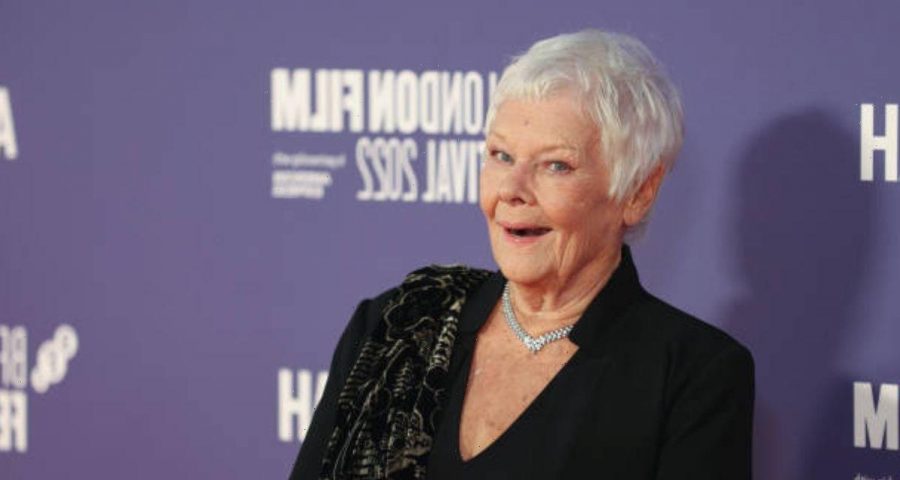 Judi Dench, 87, has said she refuses to step back from her acting career despite suffering from difficulties in reading and writing. The star has revealed she suffers from macular degeneration, affecting the middle part of the vision.

The actress is best known for her role in the Bond films, and is set to talk candidly about her health battle to BBC’s Louis Theroux.

She refused to give up, however, and stated she will not be retiring any time soon, but admitted it was “bad.”

“I don’t want to retire. I’m not doing much at the moment because I can’t see. It’s bad,” Judi said, according to The Sun.

The actress said she’s determined to “teach” herself a new way of learning.

“I have a photographic memory so a person saying to me, ‘This is your line…’ I can do that,” she said.

Judi revealed that while out for dinner recently with her partner David Mills, he had to cut up her food for her as she couldn’t see it on her plate.

“He cut it up and handed something to me on a fork and that’s the way I ate it,” she explained.

According to the NHS, age-related macular degeneration (AMD) is a common condition that affects the middle part of your vision. It usually first affects people in their 50s and 60s.

It comes not long after Judi revealed in January she suffered a “frightful” fall at her Surrey home and was forced to lay on the floor for 30 minutes.

The British acting veteran said she tripped on her carpet and was unable to get up.

Detailing the incident to Saga Magazine, Judi admitted that maintaining her independence as she gets older has become “very difficult.”

Recalling what happened, she explained: “I had a frightful fall not long ago.

“I tripped over the carpet, and there was nobody in the house and I was lying on the ground unable to get up for half an hour.

Luckily, the Casino Royale star recovered quickly and told how “I just got up” after half an hour.

Judi lives four miles away from boyfriend David Mills, 77, while her daughter Finty Williams and grandson Sam are located nearby.

It’s not the only bad news for the star, though, who revealed her Surrey house had recently been infested by mice.

She told The Mirror: “The mice have moved in since lockdown and I’m battling the mice.

“They have moved in and taken over a bit.”