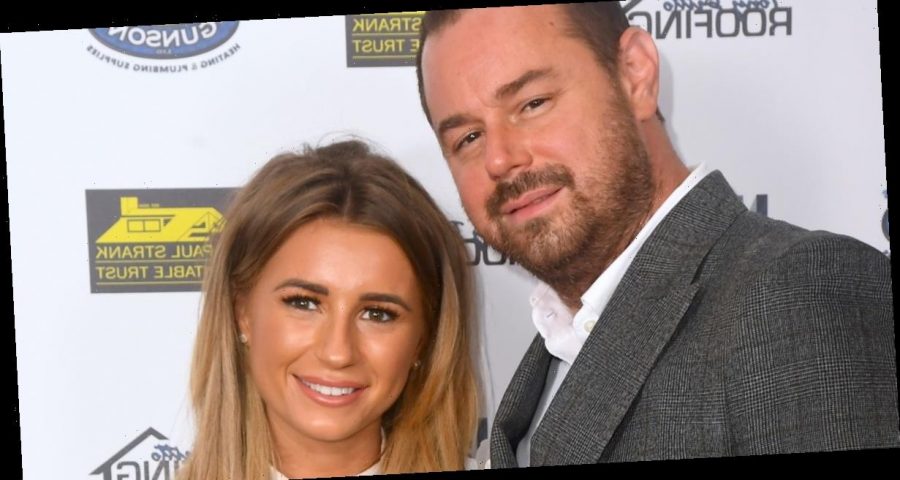 Dani Dyer has ruled out carrying on a family tradition following giving birth to her first son.

The 24 year old announced on Sunday night that she had welcomed a baby boy with her boyfriend Sammy Kimmence.

Although she is yet to announce the name of her firstborn, she has revealed she will not be naming him after her famous dad Danny Dyer — who she is also named after.

Former Love Island winner Dani revealed she would be breaking the tradition as she met up with some of her fellow islanders last year.

Speaking on Love Island: What Happened Next, she said: "Everyone has this thing that I'm gonna call the baby Danny. That is not going to happen.

"It's like, 'it's such a Dani Dyer thing to then call her baby Danny Dyer'," she then continued to tell her pals.

However, during a question and answer session with her Instagram followers during her pregnancy, she admitted her and Sammy, 25, had settled on a name for their baby boy.

She told fans: "Yes we have agreed on a boy's name but cannot agree on a girl's name!

"I like really unusual names but Sammy won't have it," she continued, adding she wanted to pay tribute to singer Ariana Grande.

"Honestly, the first thing I said is 'I'm calling it Ariana if it's a girl!'," she told fans.

"But can you imagine! I think everyone would be like [face-palm emoji]. Maybe the middle name?"

Despite not having the little one named after him, EastEnders actor Danny, 43, has congratulated his daughter on the birth on social media.

He penned to his 1.3million Instagram followers: "So my baby had a baby. F**k me we needed some joy this year.

New celebrity mums and stars who are expecting

"So proud of you @danidyerxx cannot wait to meet the little beaut."

Dani announced the birth to her own 3.3million Instagram followers, writing: "After a very long day and night finally our special little boy arrived 23/01/2021.

"Weighing 7 pound.. We are in a complete baby bubble and enjoying every moment, can not believe he is ours, completely inlove and so grateful to be his mummy.. [sic]

"Sending all my love to all the other mommas to be out there in lockdown.. the best experience ever will never forget this day."