Jahmil French’s former ‘Degrassi’ co-stars are sharing their heartbreak over the actor’s tragic passing at just 29-years-old. We’ve got their messages of mourning.

Those who worked with and knew actor Jahmil French well from his nearly 150 episodes on Degrassi The Next Generation are devastated by his sudden death at the age of 29. His agent and friend Gabrielle Kachman confirmed to HollywoodLife.com on Mar. 2, “It is with a heavy heart that I confirm the passing of a dear friend and client Jahmil French. He will be remembered by many for his passion for the arts, his commitment to his craft, and his vibrant personality.” Now his Degrassi co-stars are speaking out with their memories of the actor, who portrayed Dave Turner between 2009-2013. 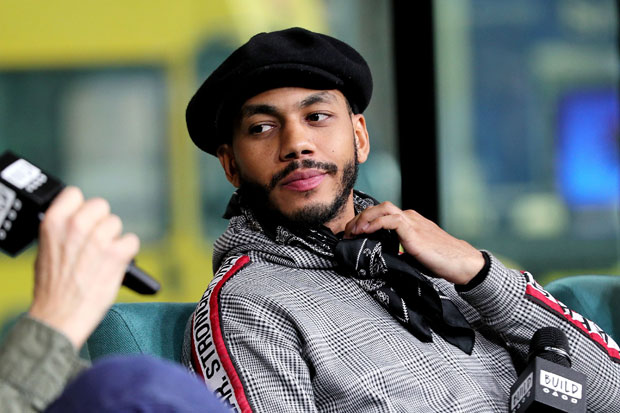 “@jahmilfrench, you will always hold such a special place in my heart,” Melinda Shankar, 29, who played his character’s love interest Alli Bhandari on Degrassi, wrote on Instagram. She added, “Thank you for being one of the most talented, compassionate, kindest, funniest friends I have. You were so loved.” She shared a series of photos of the pair at events, on set, and just goofing off as pals. 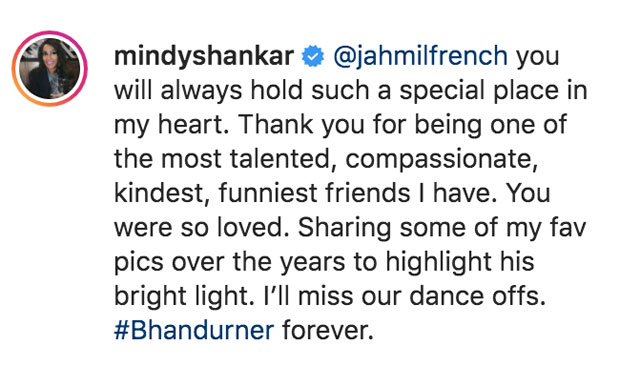 Melinda also wanted to make sure that fans are able to send their love, support and memories to Jahmil’s family, as she later tweeted, “If anyone has a love note, fan art, videos or anything about Jahmil they’d like me to pass on to his family please share and I absolutely will. Happy memories are priceless during this time.”

The show’s lead Stefan Brogren, who appeared on 332 episodes of Degrassi between 2001-2015 as Archie “Snake” Simpson, tweeted a photo of a smiling Jahmil. The 48-year-old wrote, “I’m sick with the news of Jahmil’s passing. He performed Dave with such sensitivity and thoughtfulness and could make me laugh so easily. It was a pleasure to work with him and he will be missed. This is a real loss. Rest In Peace.”

Actress Annie Clark — who played Fiona Coyne — shared a video of Jahmil dancing to her Twitter account, writing, “Heartbroken over the loss of our friend Jahmil French. This video is how I’ll always think of him. So full of energy and fun. He was always dancing. A true talent and a great friend. We will all miss you so much Jahmil.”

Annie later shared an Instagram post with numerous photos of the pair on set together, in memorable scenes and just generally smiling and having fun. The 38-year-old wrote, “‪Heartbroken over the loss of our friend Jahmil French. We started on Degrassi the same year and I’ll never forget the day I met him. Jahmil was so full of energy and absolute joy to be around. He was such a special person and I’m so grateful for the memories we made. I still can’t believe it. Gone way too soon. He will be so missed by us all.”

Aislinn Paul — who played Clare Edwards in 231 episodes of Degrassi between 2006-2015 — tweeted, “My heart is broken. I feel strange, announcing these things I wish I had told him more often. Reached out more often. The regret is acute. He deserved his flowers when he was here. I hope he knew how much love & admiration there was for him in this world.”

She continued in a second tweet, “Jahmil French was an incredible person, so full of talent and passion for his work. He lit up a room with his energy and dance moves. An easy smile and a natural charisma. He will be so missed,” and added in a third post, “In a year full of grief, it’s hard to comprehend how there can be room for more. And yet.”

Actor A.J. Saudin who played Connor Deslauriers tweeted, “Still doesn’t and will never feel real. Rest In Peace Jahmil.” Christine Prosperi, who played Imogen, shared photos next to a smiling Jahmil and wrote, “My heart is so heavy. Truly one of a kind. Rest In Peace,” on her Twitter account.

Linda Schuyler, Co-Creator and Executive Producer of Degrassi: The Next Generation remembered Jahmil in a message sent out by the show’s Twitter account. In it she wrote, “I am heartbroken to hear about the loss of Jahmil. Jahmil was an extraordinary talent and a bright light on and off the screen. He was a joy to work with on Degrassi: The Next Generation. He brought an authenticity and burst of life to every scene he was in and infused his character ‘Dave’ with an airy lightness. Off screen Jahmil would always make me smile. He will be deeply missed.” The cause of Jahmil’s sudden passing has yet to be determined.