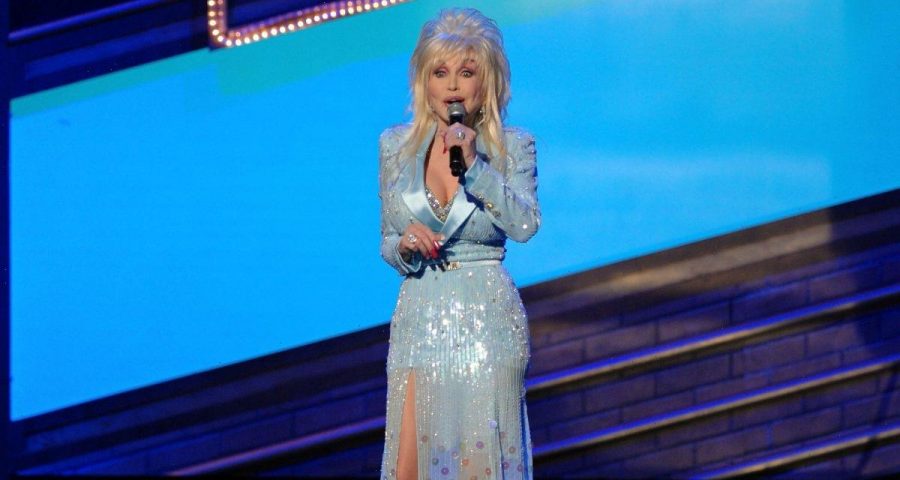 Dolly Parton has a hugely accomplished career. On that list of accomplishments is her own broadway show: 9 to 5: The Musical. “Talk about dreaming big dreams,” she wrote in her 2020 book, Dolly Parton, Songteller: My Life in Lyrics.

Writing the music for 9 to 5: The Musical was the first time Parton had ever penned an album for an entire broadway show, so she pulled out all the stops. The Queen of Country completely immersed herself in the writing process. Looking back, she laughs and says if anyone had witnessed her process, they surely would have thought she was “absolutely insane.”

When Parton signed on to write the music for 9 to 5: The Musical, she knew expectations were high.

“I wanted to rise to the occasion,” she wrote. “I had to challenge myself in so many ways. I had to write all of these songs for all of these different characters.”

Each of the songs had to match the personalities of the characters singing them. Acting as the characters as she wrote helped Parton get into the heads of her subjects.

Parton writes that she had the most fun writing songs for the character of Mr. Hart.

“Even though he was a turd, in order to write for him I had to get inside of him and know what he was thinking,” she wrote. “Because, of course, he thought he was right.”

Parton really got into character when she wrote for the villain.

“I have a little lake house out on Old Hickory Lake [near Nashville],” she wrote. “I remember going out there to write for the musical. There was this little staircase there, and I would swing around on it, pretending to be ‘Mr. Hart.’ I was getting down and dirty with ‘Mr. Hart.’ I was all by myself and thinking, ‘Lord, if anybody could see me, they’d think I’m absolutely insane.’”

By the end of her writing process, Parton ended up with more songs than necessary for the musical.

“I guess because it was such a challenge, I overwrote. I probably had five or six songs for ‘Mr. Hart’ when they only needed one,” she wrote. “I just wanted to make sure I covered all the bases.”

Parton has “tons of extra stuff” that never saw the light of day, some of which she feels is better than what ended up in the musical.

“Maybe someday I’ll do a whole album of the ones that didn’t make it into the show,” she wrote. “Because some of the ones I wrote I thought were better than the ones we wound up using.”