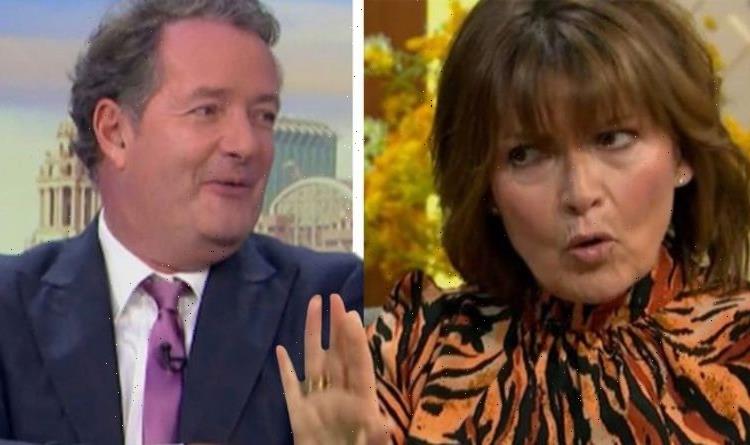 Lorraine Kelly, 61, admitted she doesn’t think an on-screen partnership with her pal Piers Morgan, 57, would work because they’re “too similar”. It comes after the pair briefly co-hosted on ITV’s Good Morning Britain last March, right before the outspoken presenter quit the show over his comments about the Duchess of Sussex.

We’re probably in many ways too similar

Of Piers, who has just won the Ofcom investigation against him over his remarks about Meghan Markle, Lorraine revealed she couldn’t work with him every day.

In a new interview, she said: “I don’t think I could do it permanently.

“I don’t think that would work at all.

“We’re probably in many ways too similar.”

Despite not falling over herself to become his next co-host, the Queen of daytime remains a firm fan of the the TV star.

“As far as breakfast television goes, he completely changed it,” she smiled.

“Sometimes he’d go right up to the line and now and again crossed the line.

Lorraine went on to admit she believes it’s a “real shame” he left GMB, a show that many of his fans have claimed they’ve stopped watching without him at the helm.

Of her own show, which she has presented since 2010 and is celebrating its highest ratings in 10 years with a peak of 1.7 million viewers, Lorraine explained that daytime programmes sometimes get brushed off as “fluffy” when it comes to serious discussions.

“Daytime TV gets the label of being fluffy,” she retorted, which stressing fashion features should sit alongside hard-hitting reports on Afghanistan and Black Lives Matter.

But she added: “I do give my opinions on things and I know that can be dangerous these days, especially on live telly.”

Despite this, Lorraine shrugged as she said she is reluctant to censor anyone.

“Even if I fundamentally disagree with someone’s point of view!” she told The Mirror.

“They’re still going to have vile opinions. You have to lift the stone and air things.”