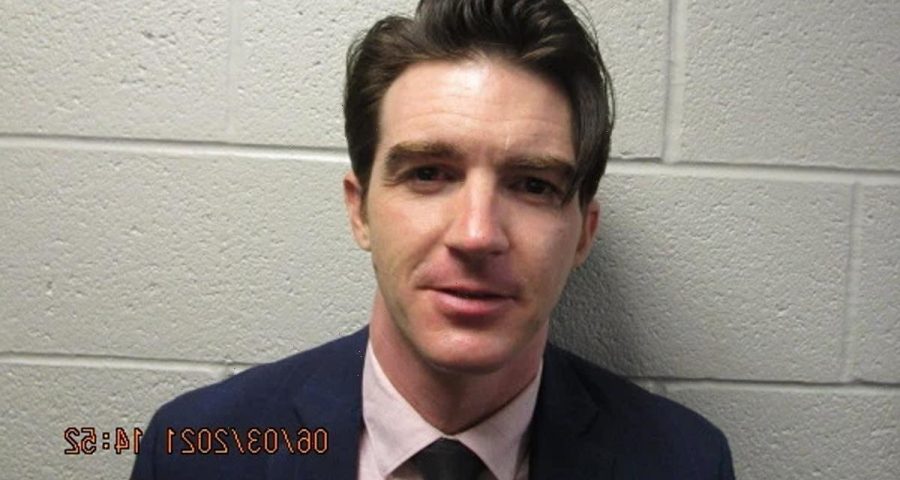 OK, we’ve reported some unexpected Drake Bell stories in our time, but this is… truly shocking.

The Drake And Josh star was arrested by Cleveland police this week and booked at the Cuyahoga County Jail in Ohio on Thursday, as you can see from the date on his rather casual mugshot (above). As you may recall, the former TV star changed his name to Drake Campana and started doing all Spanish songs last year. We thought it was a business decision, but maybe it was to try and move to Mexico to elude US authorities?

We joke, but the charges are deadly serious; the 34-year-old has been charged with disseminating matter harmful to juveniles and attempted endangering children. Yeah. Wow.

According to local news sources, he was indicted late last month. The charges stem from an incident three and a half years ago, on December 1, 2017. Apparently Drake allegedly engaged in a chat with someone who was underage, and the conversation got sexual in nature. With the disseminating matter harmful to juveniles charge on the table, it seems fair for one to assume that means there were alleged inappropriate photos involved or something, right? Obviously we’re just guessing here, we’ll have to wait and see what comes out of arrest records…

It’s unclear how authorities got involved, if the minor contacted police or what. It seems this may have occurred while the Hollywood Girl singer was in town for a concert; he played the Odeon Concert Club in Cleveland on the date in question.

Drake entered a plea of not guilty on Thursday and was released on a $2,500 personal bond; he also had to agree to have no contact with the alleged victim in the case.

There is a pretrial hearing scheduled for June 23. Despite his initial plea, Cleveland’s Fox 8 reports that the Nickelodeon star is expected to change his plea to either guilty or no contest.

This is not the first time Drake has been accused of disturbing behavior with minors. Last August his ex-girlfriend Melissa Lingafelt unloaded on the former child star, accusing him of verbal and physical abuse in a series of emotional TikTok videos. She said:

“And when I say verbal abuse, imagine the worst type of verbal abuse you could ever imagine, and that was what I got. It then turned to physical — hitting, throwing, everything. At the pinnacle of it, he drug me down the stairs of our house on Los Feliz. My face hit every step on the way down. I have photos of this.”

She also claimed he had cheated on her with underage girls, even sharing messages from other women which seemed to back that claim.

Is this 2017 incident just one of many? We shudder to think…