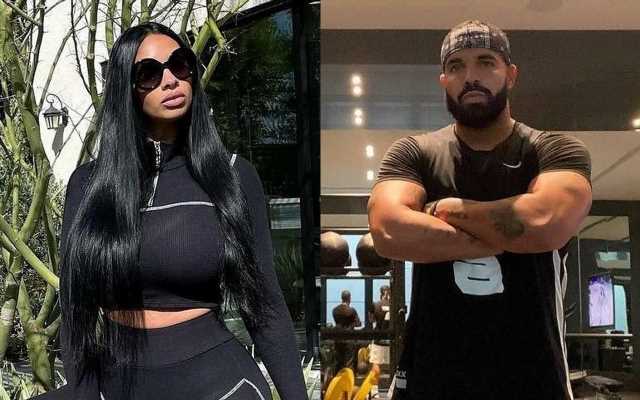 The ‘God’s Plan’ hitmaker has reportedly booked the entire stadium, which is the home of Los Angeles baseball team the Dodgers, for a date with Johanna Leia.

The musician was spotted wining and dining the “Bringing Up Ballers” star at a table for two on the baseball field on Thursday (8Jul21), after booking the entire venue, which is the home of L.A. baseball team the Dodgers.

LA helicopter reporter Chris Christi tweeted the news, writing, “@DRAKE ON A DATE? Randomly just flew over this cozy couple enjoying a private dinner along the third base line at an empty Dodger Stadium from #[email protected]#Drizzy. (sic)”

In photos shared by the reporter, Leia is seen wearing a Dodgers jersey while the “God’s Plan” hitmaker sported a signature sweater.

Drake, who shares three-year-old son Adonis with French model and artist Sophie Brussaux, has kept his love life out of the spotlight in recent years.

His most high-profile romance was with fellow musician Rihanna, but the couple broke things off in 2016.

He was also once romantically linked to Kendall Jenner.

The rapper previously opened up on what he looked for in a woman. “I love my space, I love my work, and I love my routine,” he said, “And for me to break that for somebody, it would just have to be a really special person that fits into that puzzle, and that is supportive of the things I’m doing. Have to be somebody that has taste in music. It’d have to be somebody that I get along with so much to the point that when we’re separate, I’m feeling like I can’t function properly without their presence.”