In Drew Barrymore’s debut year as a daytime talk show host, she nailed Halloween with a gorgeous pink gown as the ‘Wizard of Oz’s Glinda the Good Witch.

In a year when several daytime talk shows took a pass on Halloween costumes, Drew Barrymore came to play! Her eponymous syndicated CBS talk show is in it’s first year, and she wasn’t about to miss out on the opportunity to share a little Halloween spirit with her viewers, despite the COVID-19 pandemic. The 45-year-old looked simply perfect dressed as Glinda the Good Witch from the classic 1939 film The Wizard of Oz on her Oct. 30 episode. 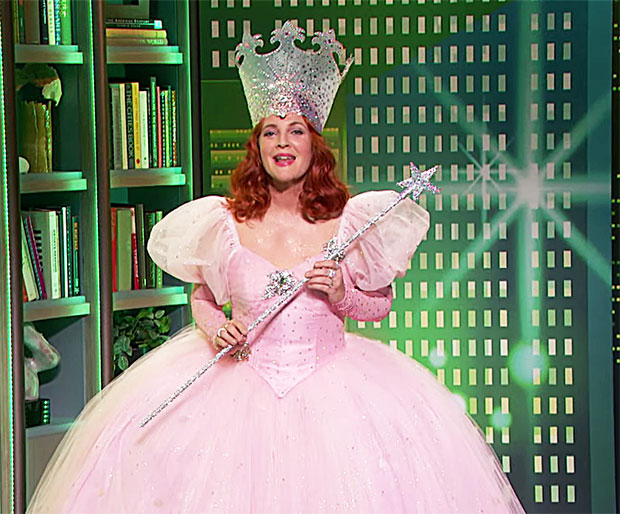 The Blended actress completely transformed into the Witch of the North, with her gorgeous pink gown featuring a billowing full skirt with glittery silver accents, and puffy organza bubbles atop her long sleeves. Drew wore the same tall, light pink crown and carried a long silver wand with a shiny star at the end. The mom of two even had Glinda’s lush red shoulder-length locks to cap off her transformation.

Drew made sure to make a dramatic entrance using her acting skills. She was first seen in her dressing room in street clothes, talking to a producer and gushing, “I love Halloween, because you get to be anybody you want to be!” Then a “tornado” blew through, sweeping her away so that she eventually appeared before her studio’s socially distanced audience in a big pink ball that dissolved to show her costume. 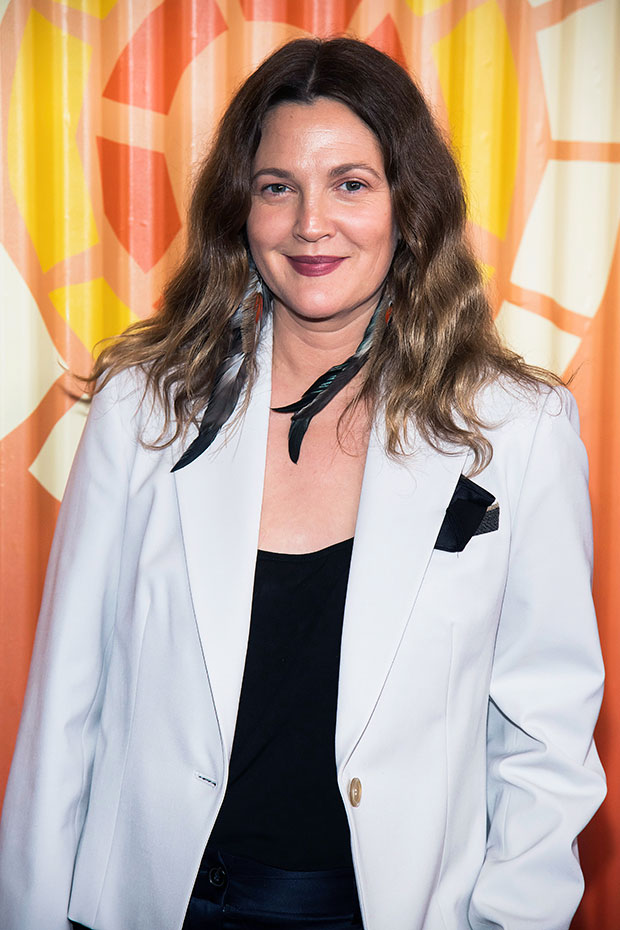 “Hello, and welcome to the show. We’re not in Kansas anymore. This is going to be a very special Halloween Drew Scarrymore right here in the land of Oz,” Drew explained, while using Glinda’s gentle accent from the iconic fantasy film. She then teased, “We’ve got a wickedly good show!” while keeping with the witch theme.

Since 2020 marks Drew’s first Halloween as a talk show host, she went all-in for the holiday. However, several other daytime shows took a pass on costumes, as heavy events like the upcoming Nov. 3 presidential election and the worsening COVID-19 pandemic took away some of the levity of dressing up in costumes.

Good Morning America‘s on-air team decided to forgo costumes for their Oct. 30 broadcast, though their rival The Today Show saw hosts Hoda Kotb, Savannah Guthrie and the rest of the squad paid tribute to Broadway show characters. Since the Great White Way has been shut down since March due to the coronavirus, the show’s on-air staff featured costumes from Wicked, Hamilton and Chicago. The View panelists took the year off from costumes due to the nature of their more serious political discussions surrounding the Nov. 3 election, but they did a spooky cold open in tribute to the holiday.