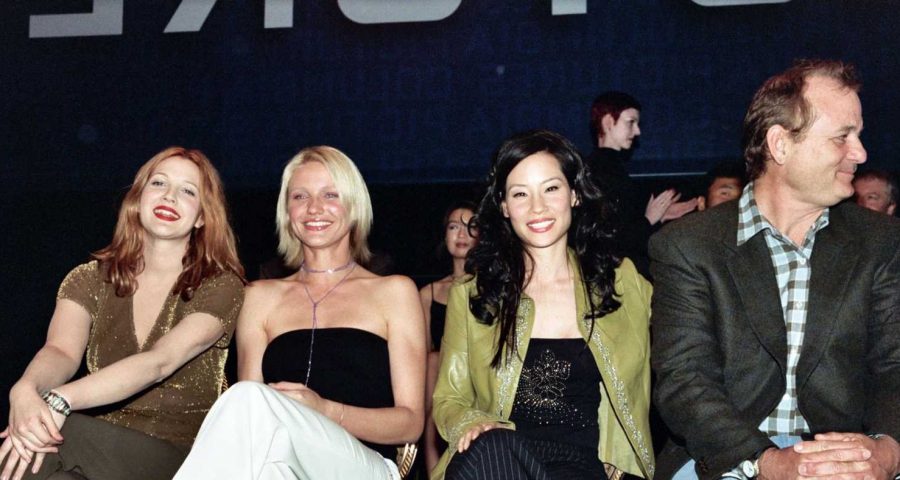 Two months after Lucy Liu accused Bill Murray of “verbally attacking” her on the set of “Charlie’s Angels,” Drew Barrymore weighed in with her take on the long buzzed-about incident during her talk show this week. And while she didn’t share many specifics, she basically corroborated Lucy’s version of the story: that the Bill came to work angry and what began as a “general” tirade about a reworked scene turned into a personal and direct attack on Lucy. Drew also praised Lucy for defending herself, as Lucy has said she did. “OK, so what really happened was Bill was just in a — you know comedians can be a little dark sometimes,” Drew began during her “Spill the Tea” segment, per ET. “And he just came in in a bad mood. And what you have to know is how much Lucy stood up for herself and that was the great thing that came out of an unfortunate circumstance. She literally said, ‘I do not accept that kind of behavior from you.’ And we all supported her and backed her up and we moved forward,” the actress and producer recalled. “I respected her then, I respect her now,” Drew continued. “I am proud of us as a team and a company that we didn’t tiptoe on the eggshells. We dealt with it right then and there, we were strong and we moved forward and we didn’t accept anything less moving forward.” Speaking to the Los Angeles Times on its July podcast, Lucy said she “probably had the least amount of privilege in terms of creatively participating” in the changes that were made to Bill’s scene. Despite that fact, Lucy said Bill began to “hurl insults” directly at her. She also recalled standing up to him at the time. She said when the fight story landed in the news she was stunned to find that she was made out to be “the difficult one.”

Is it just us, or is Jake Gyllenhaal about to pop the question to his girlfriend, French model Jeanne Cadieu? Dring a chat with Howard Stern on the shock jock’s Sirius XM Radio show on Oct. 4, Jake, 40, revealed that after accomplishing a number of major career goals, he’s focused on a more personal aim. “That’s all I want is to be a good husband and a father …That really is what I want,” said “The Guilty” star. “And now that I have fulfilled a lot of things in my career that I feel comfortable with, I can safely say that. I don’t know if I could have said that before.” Jake’s interview comes a week after he and Jeanne, 25, made their red carpet debut as a couple at the 2021 New York Film Festival. Though it’s unclear exactly when their romance blossomed, they were first linked in December 2018, according to E! News. Three years later, Jake sounds pretty convinced Jeanne is “the one,” though he was diplomatic in his reply when Howard asked directly if she could be his Mrs. Right. “I love her so much. She’s such a good person,” Jake said, adding that marriage will be “a choice for both of us.” As for the “good father” part of Jake’s dream, the actor said watching his sister Maggie Gyllenhaal and her husband Peter Sarsgaard raise their daughters has inspired him. The girls, who are 9 and 15, “make me have faith in the future, honestly,” he added.

Britney Spears is well aware that the #FreeBritney movement helped put her on track to get the reins to her life back. “I have no words … because of you guys and your constant resilience in freeing me from my conservatorship … my life is now in that direction !!!!!” the singer, 39, tweeted on Oct. 4. “I cried last night for two hours cause my fans are the best and I know it … ” she continued. “I feel your hearts and you feel mine … that much I know is true !!!!!” The post comes after Judge Brenda Penny ruled last week that Britney’s father, Jamie Spears, should be suspended as her estate conservator amid allegations he’s misused funds and exercised a potentially illegal degree of control over her life. At a previous conservatorship hearing, Britney alleged Jamie would not consent to allowing her to remarry, despite her long term relationship with Sam Asghari. She’s since gotten engaged to Sam, though, and as she told her Instagram followers, also on Oct. 4, her main romantic challenge now is an easy one — the couple can’t decide where to tie the knot. “We have a predicament, a really big problem right now. I have no idea where I want to get married. We don’t know if we want to get married in Italy or Greece, Australia or New York City,” she says in the IG video, which shows Sam then suggesting that she “ask the fans.” Says Brit: “Maybe I should ask the fans where we should get married, I think that is a very good idea.” In her caption, Britney wrote, “Psss where should we get married 💍⛪️👰🏼‍♀️.” (While most fans picked one of the options Britney suggested, we gotta give props to the person who told Brit that as the “queen of the universe,” she should “call Elon Musk and get married in space.”)

RELATED: More stars who got engaged in 2021

As Facebook, Instagram and What’s App all faced widespread outages on Oct. 4, Twitter was suddenly flooded with traffic, sparking the platform’s social media gurus to tweet out a jokey, “Hello, literally everyone.” Twitter wasn’t the only account that found the whole situation LOL-worthy, though. Adele replied to Twitter’s universal hello with a good-natured, “Hiya babes!” Reese Witherspoon chimed in, too, tweeting, “All other social platforms today: Kaput.” She then summed up Twitter’s response with a gif of herself shouting out a big “Thank you!” into the distance. Even Dolly Parton threw in her gif-y two cents, courtesy of a clip that showed her in full Western garb striding through a pair of swinging saloon doors. “Everyone showing up to @Twitter today while @Facebook @instagram @WhatsApp are down like…,” she captioned the post. Chrissy Teigen, meanwhile, seemed perfectly happy to see so many platforms go offline at once fter her recent social media bullying scandal. “Everything’s down!!” she wrote in what appears to have been her first tweet since June. “Honestly take it all away from us,” she added.

Emily Ratajkowski is explaining why she didn’t speak out when Robin Thicke allegedly groped her breasts on the set of his 2013 “Blurred Lines” video. “I was an unknown model and if I had spoken out or complained, I would not be where I am today; I would not be famous,” Emily, now 30, tells People in a new interview. Emily’s accusation made headlines over the weekend after the Times of London published an excerpt from her new book, “My Body,” in which she claims that while she was alone on the set of the music video, Robin allegedly came up behind her and put one hand on each of her breasts. The video’s director, Diane Martel, confirmed her story to the Times. Speaking to People, Emily explained that the book is about “the evolution of my politics,” a trajectory that developed in conjunction with “different experiences from my career and my life.” She said she hopes readers will grasp “the nuances of these … situations.” After welcoming her first child six months ago, the model also noted that she plans to educate her son about feminism. “I would like the way that we think about women and men to change and the power dynamics that are unspoken, to change,” Emily told People. As of Oct. 5, Robin had yet to comment on the claims. 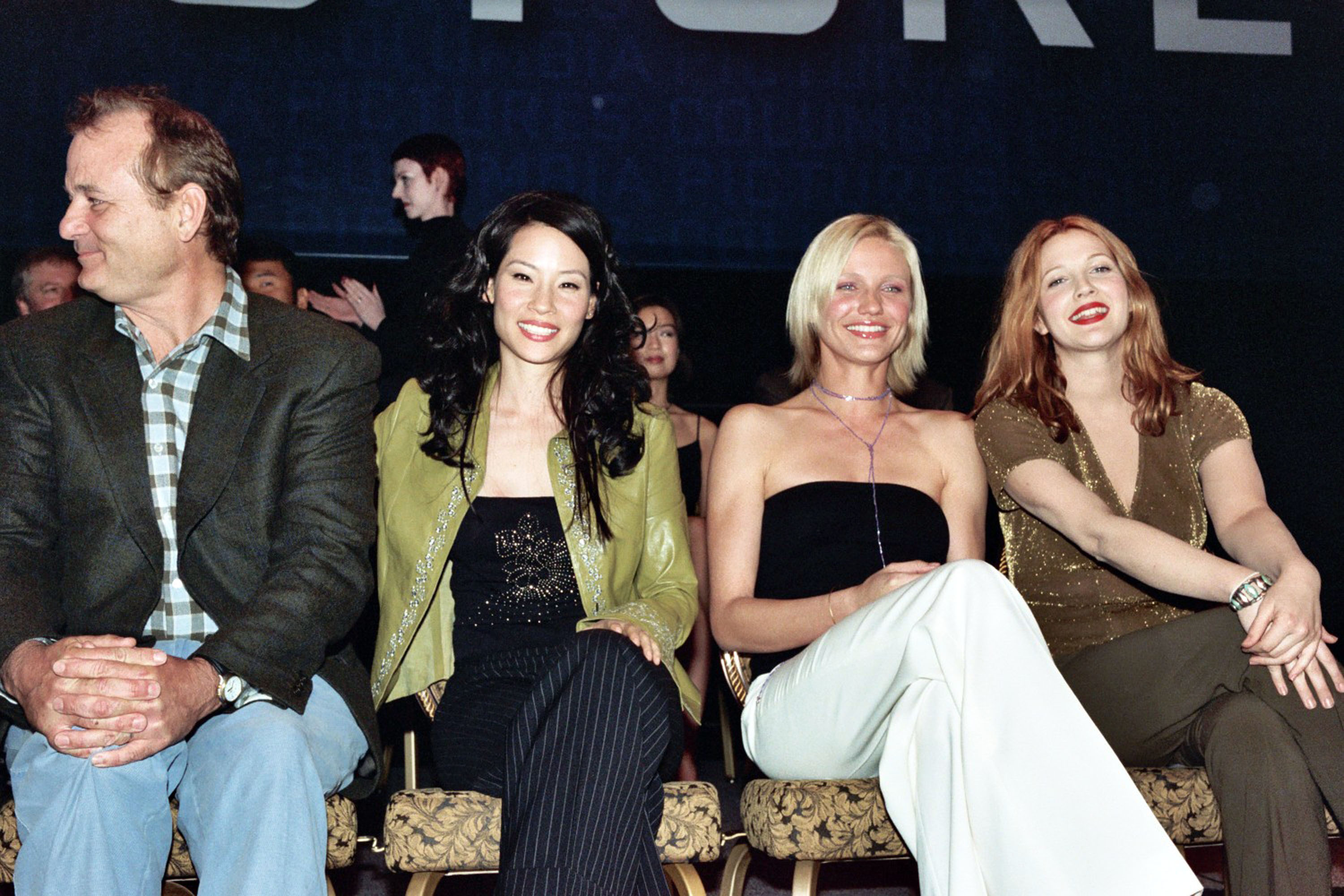 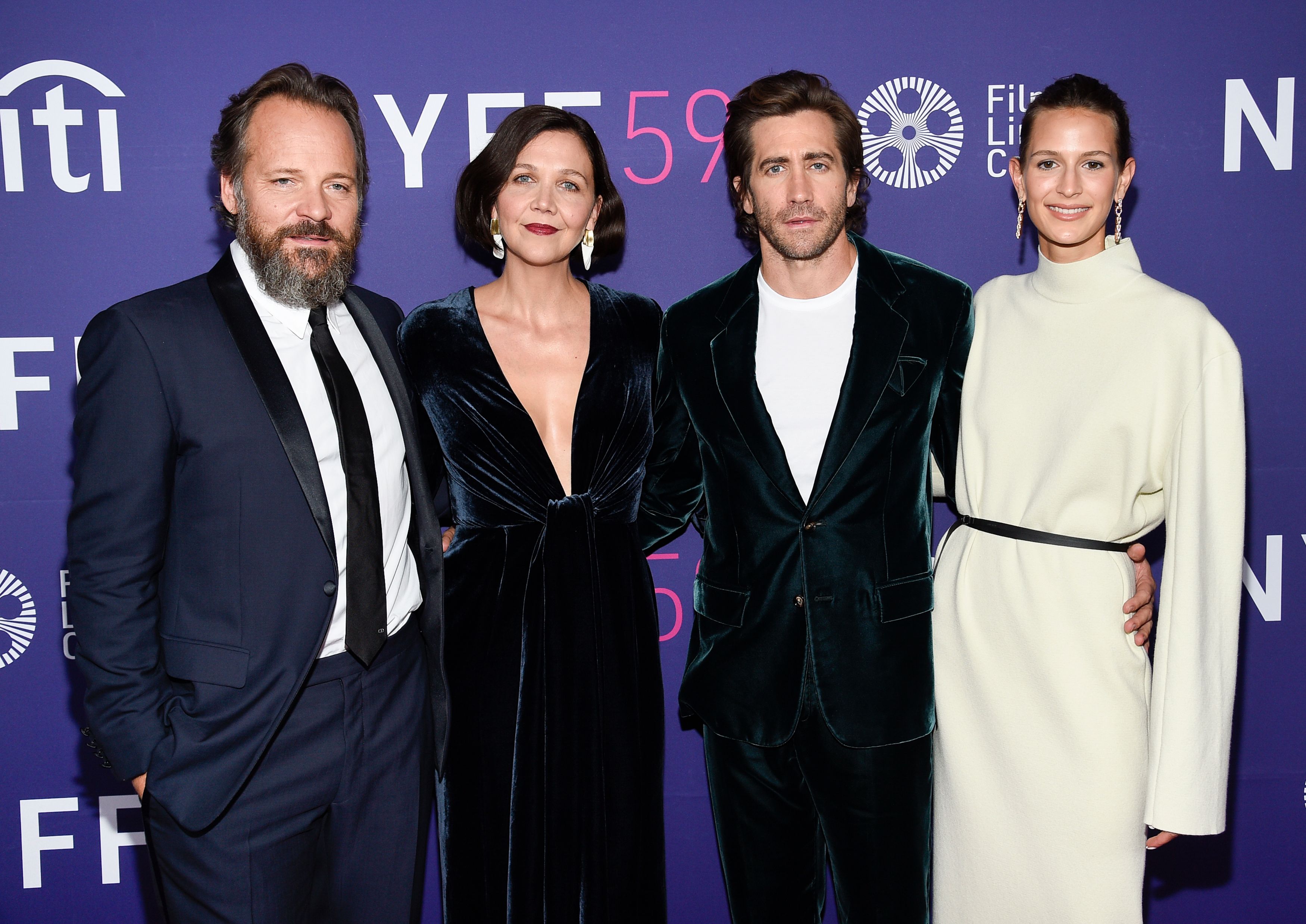 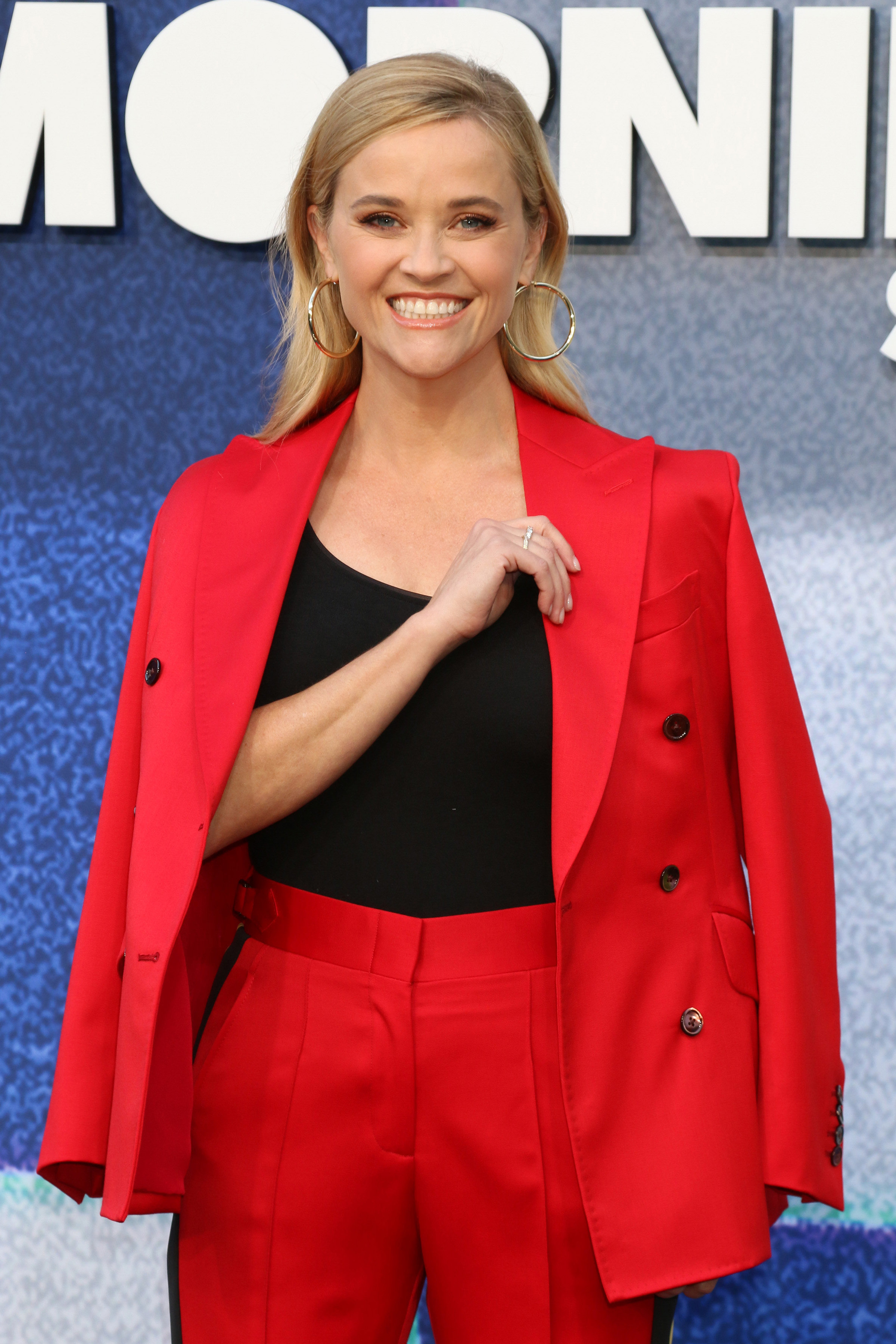 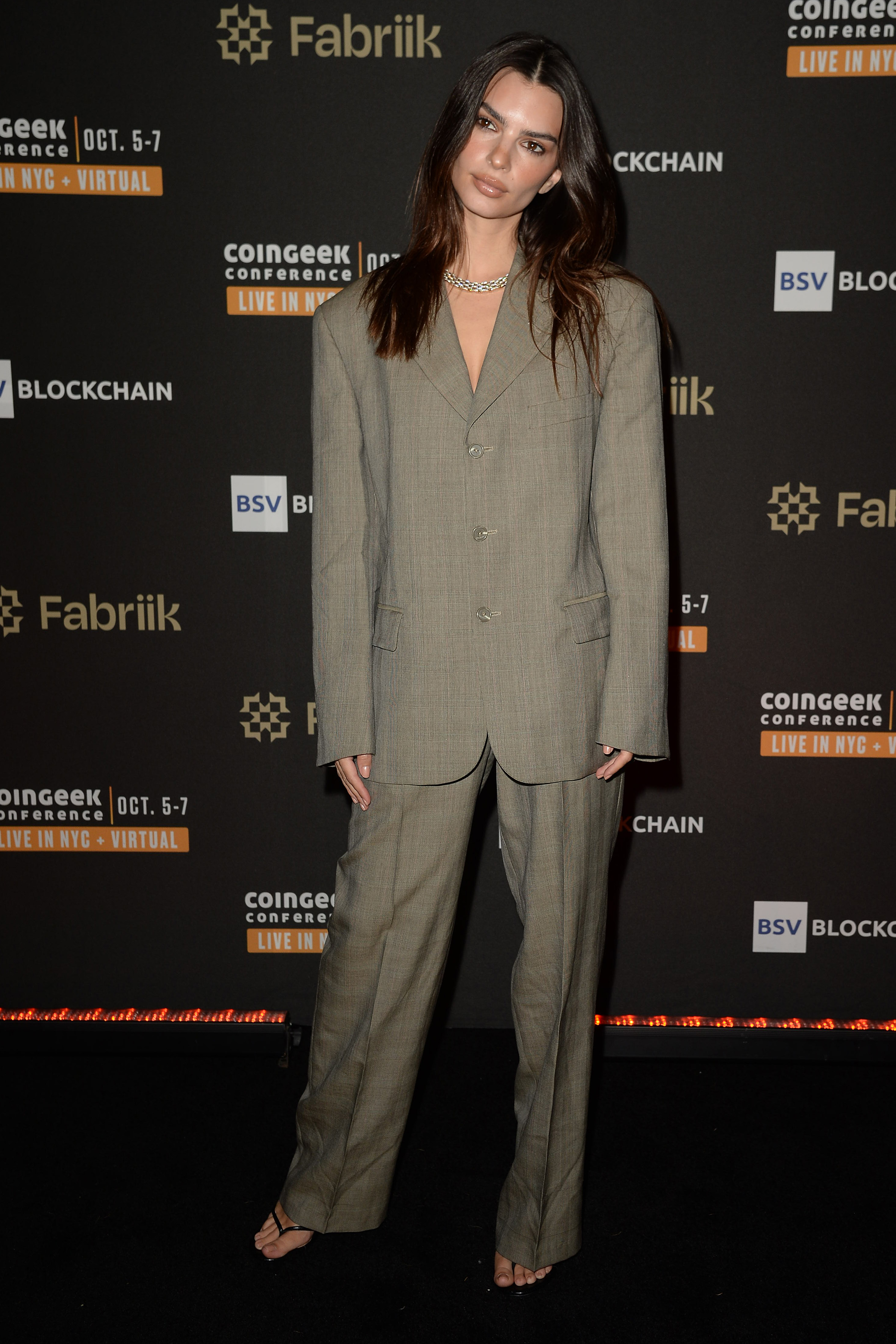 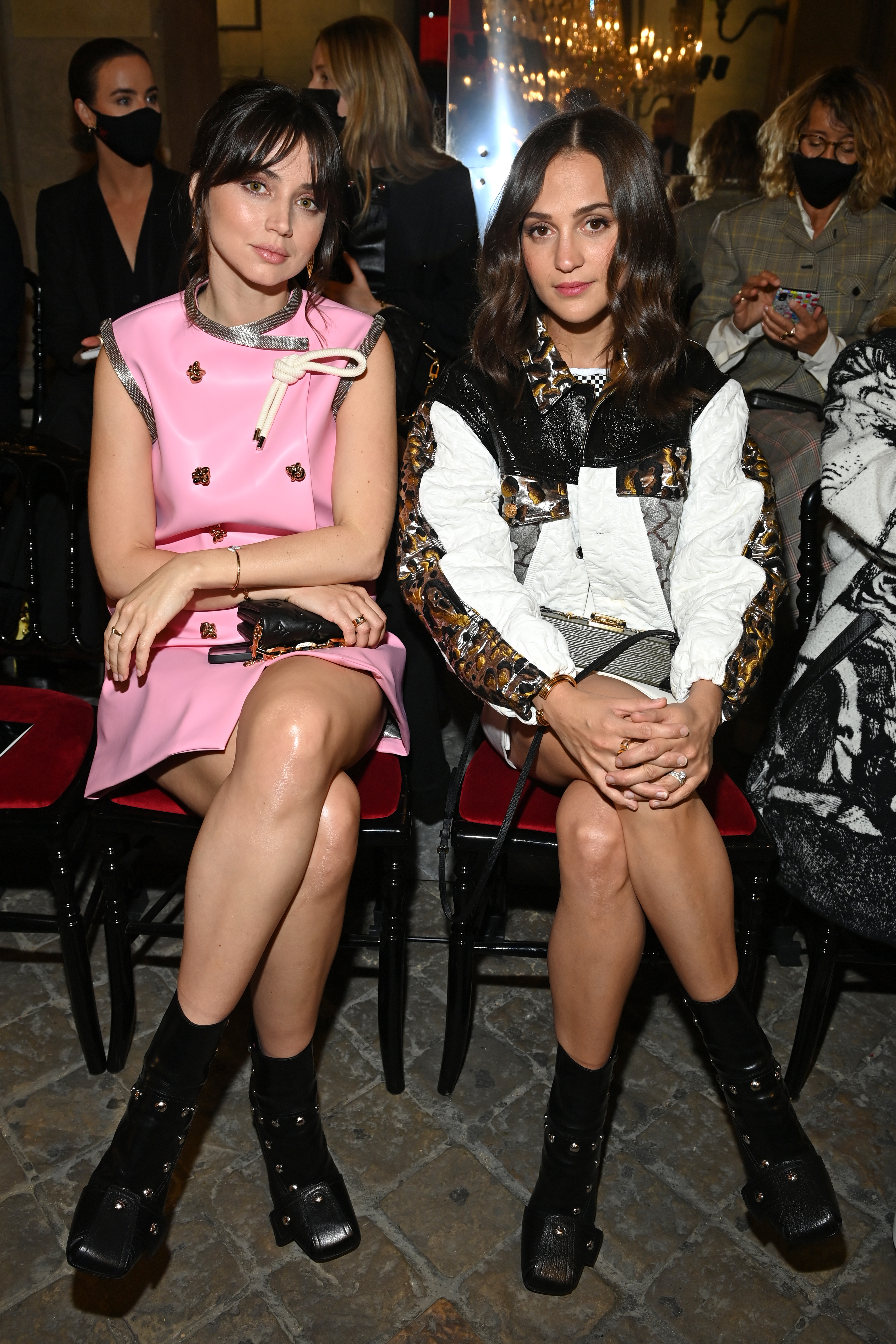