Pop singer Dua Lipa and model Anwar Hadid, younger brother to Bella and Gigi, sparked serious romance rumors over the Fourth of July weekend when they were seen packing on PDA at a U.K. music festival. Could these two young stars be the next celebrity couple to watch? Here’s everything we know about their link-up so far.

May-June 2018: Hadid breaks up with Nicola Peltz—and makes out with Kendall Jenner.

The youngest Hadid had been dating actress Nicola Peltz for over a year, but they split amicably in May 2018, her rep confirmed to Page Six. The couple didn’t address their breakup on social media, so when photos of Hadid’s infamous makeout session with Kendall Jenner surfaced in June 2018, fans questioned whether he and Peltz were still together. After images of the hookup went viral, the actress reportedly unfollowed the whole Hadid family. Interestingly enough, Peltz went on to date singer Paul Jason Klein of LANY, one of Dua Lipa’s exes, but she announced that they broke up in February 2019. 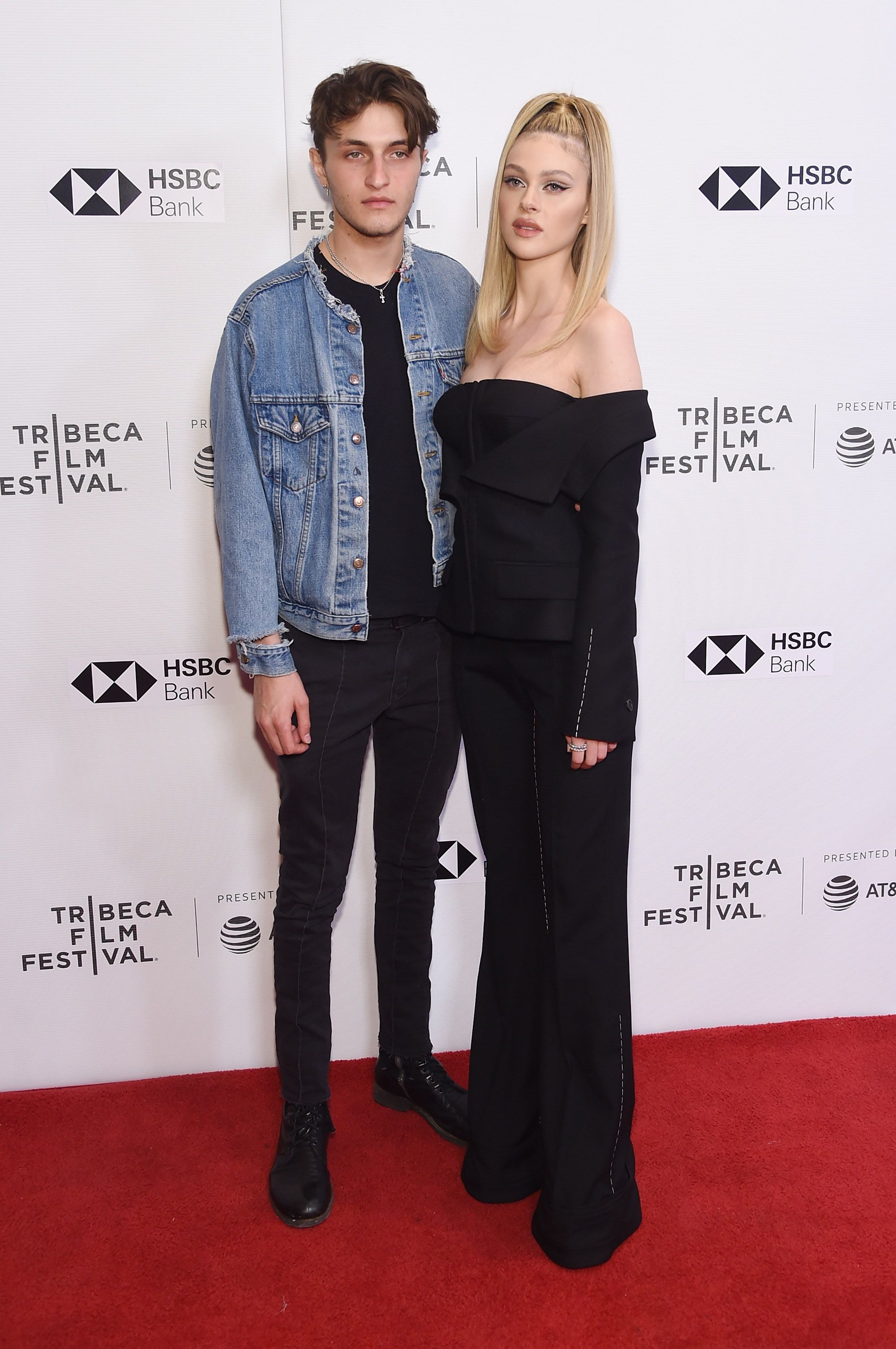 The singer and model-turned-chef had dated on and off for about five years before parting ways early last month, according to ELLE. One of their last major public appearances was at the Met Gala on May 6. The Sun pointed out at the time that Carew unfollowed Lipa, essentially confirming their split, which was reportedly due to scheduling conflicts. The former couple also posted melancholy messages on their Instagrams, further hinting that they had broken up. 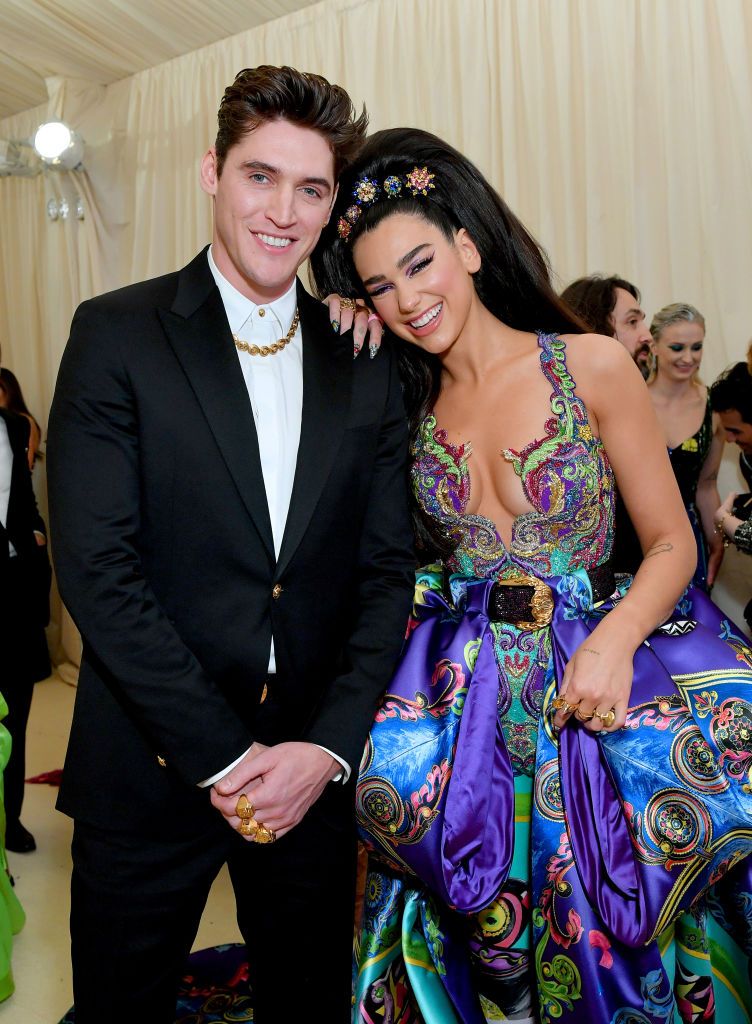 Early June 2019: Things heat up between Hadid and Lipa after they bond over music.

According to TMZ, 20-year-old Hadid also makes music and showed his work to 23-year-old Lipa, who’s friends with his sister Gigi. The outlet reported that “things really started to snowball around early June” when the model found out the “New Rules” star had split from her beau and “reached out to her for a date.” Sources told the site that the pair “went out, had a good time and liked each other enough to run it back.”

For those unfamiliar with Anwar’s tunes, check out his debut album, Bleach, which he released in April.

Dating speculation amped up after the British pop star was seen in a video of the model’s birthday celebrations. The Sun captured a video posted to Instagram showing Lipa, dressed in a skirt and tank top, laughing as Hadid held his birthday cake. Her cameo was short, but it was enough to further fuel romance rumors.

At the time, The Sun also reported that the two had already gone on a “string of dates,” including a hangout in Malibu the week prior. A source told the outlet that Lipa had been spending time in Los Angeles since her split from Carew, and became close with Hadid, “who she really gets on with.”

Before the big music festival reveal, Lipa and Hadid quietly attended the Nordoff Robbins O2 Silver Clef Awards together. They didn’t make a joint red carpet appearance, but they were later photographed inside the event, getting cozy at their table. Hadid was even snapped giving Lipa a kiss on the cheek. 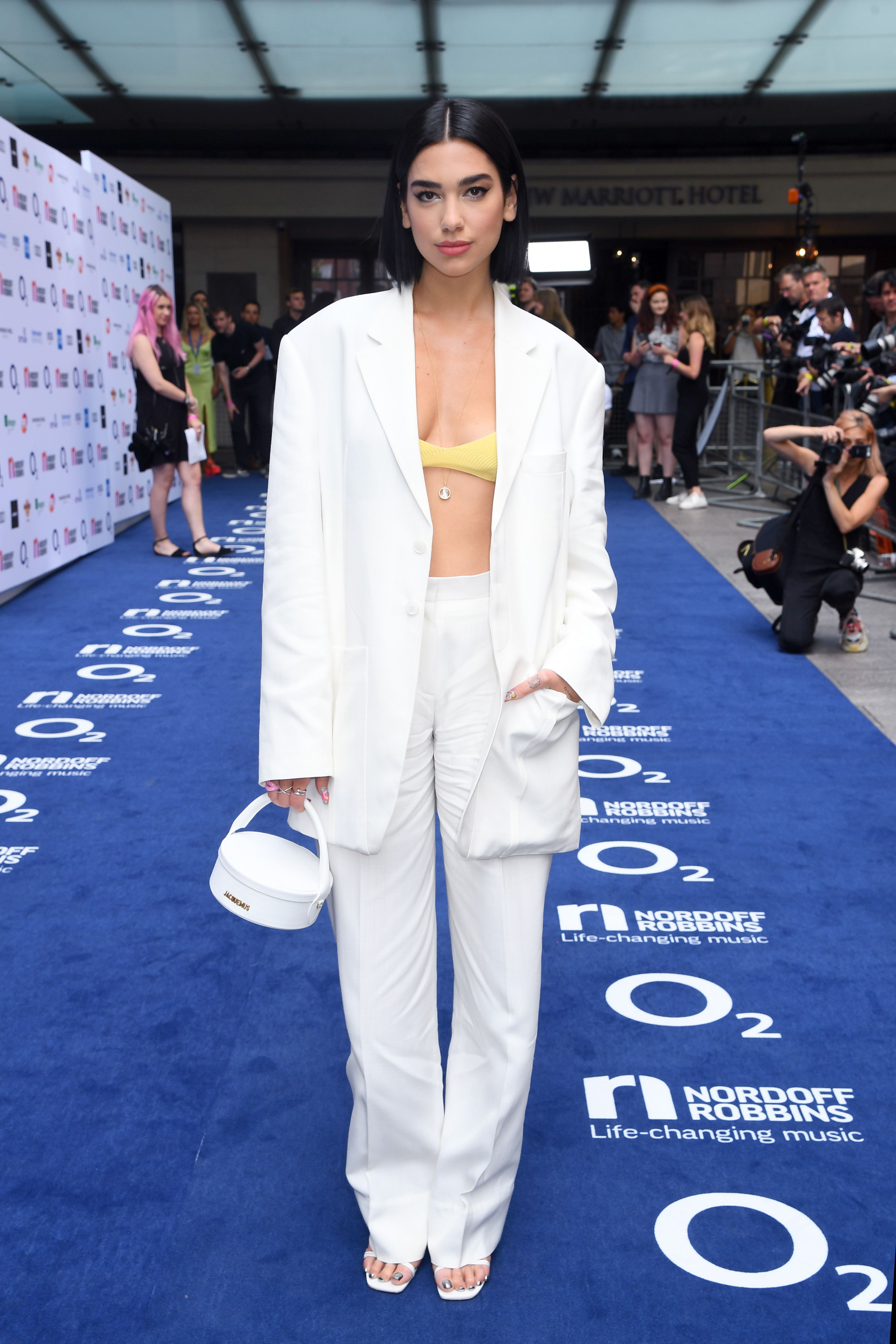 Interest in the duo peaked when they were spotted embracing and kissing at the British Summer Time Hyde Park music festival in London. The model, dressed casually in an olive green bomber jacket, wrapped his arms around the singer, who sported a cardigan and khaki cargo pants. The PDA took place as they watched Stevie Wonder’s set at the event, per Us Weekly. Despite the viral photos, neither star has publicly addressed their possible relationship status just yet. 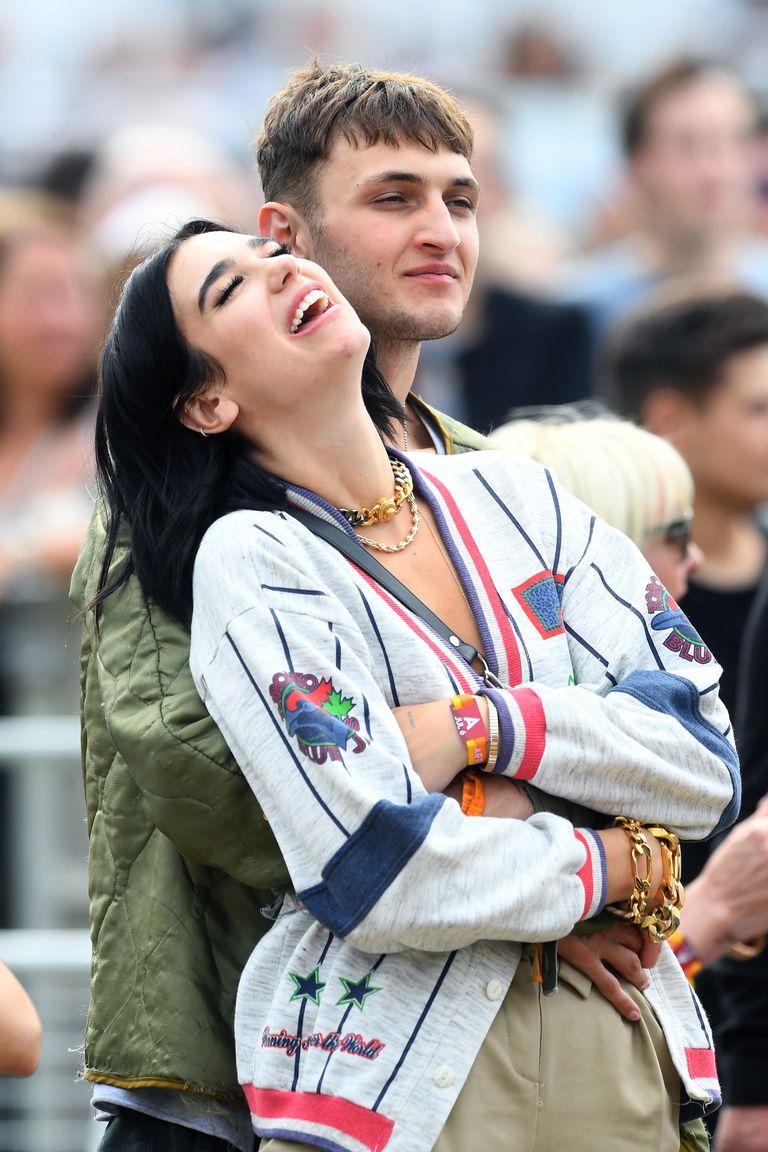 Days after their music festival PDA, the model and singer reunited in New York City after Lipa performed at the Amazon Prime Day concert. People reports that Hadid was spotted entering the venue through the back door with his sister Gigi. Later, he and Lipa were spotted out in the city together, with the pop star holding onto her beau’s arm. 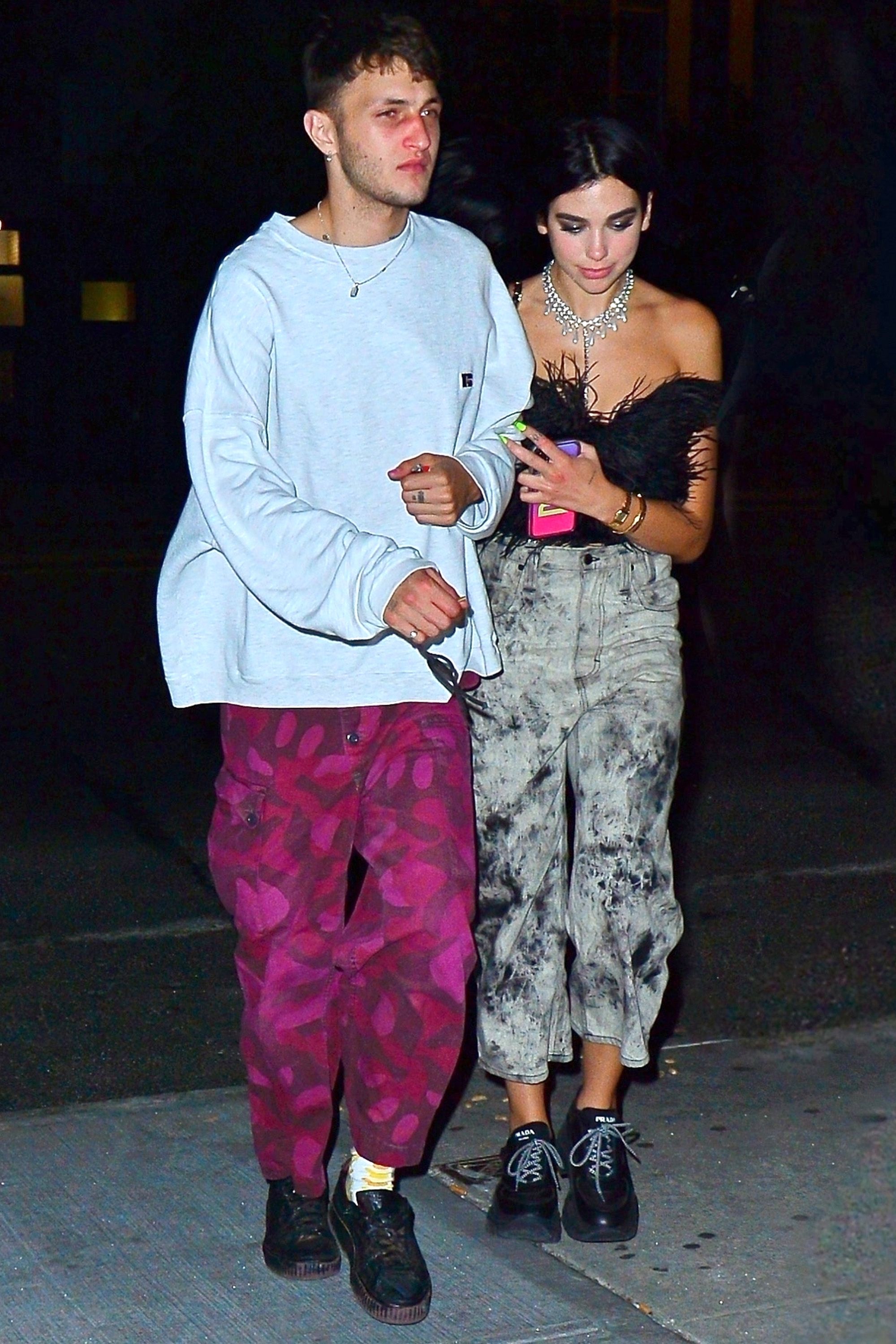 Almost two weeks after their appearance in New York, Lipa and Hadid made a low-key cameo on the west coast. The couple was spotted on Melrose, holding hands and sporting casual outfits for their laid-back outing. The young stars still haven’t publicly confirmed their relationship at this point, but the fact that they’re sharing a cardigan only further proves their hidden romance. 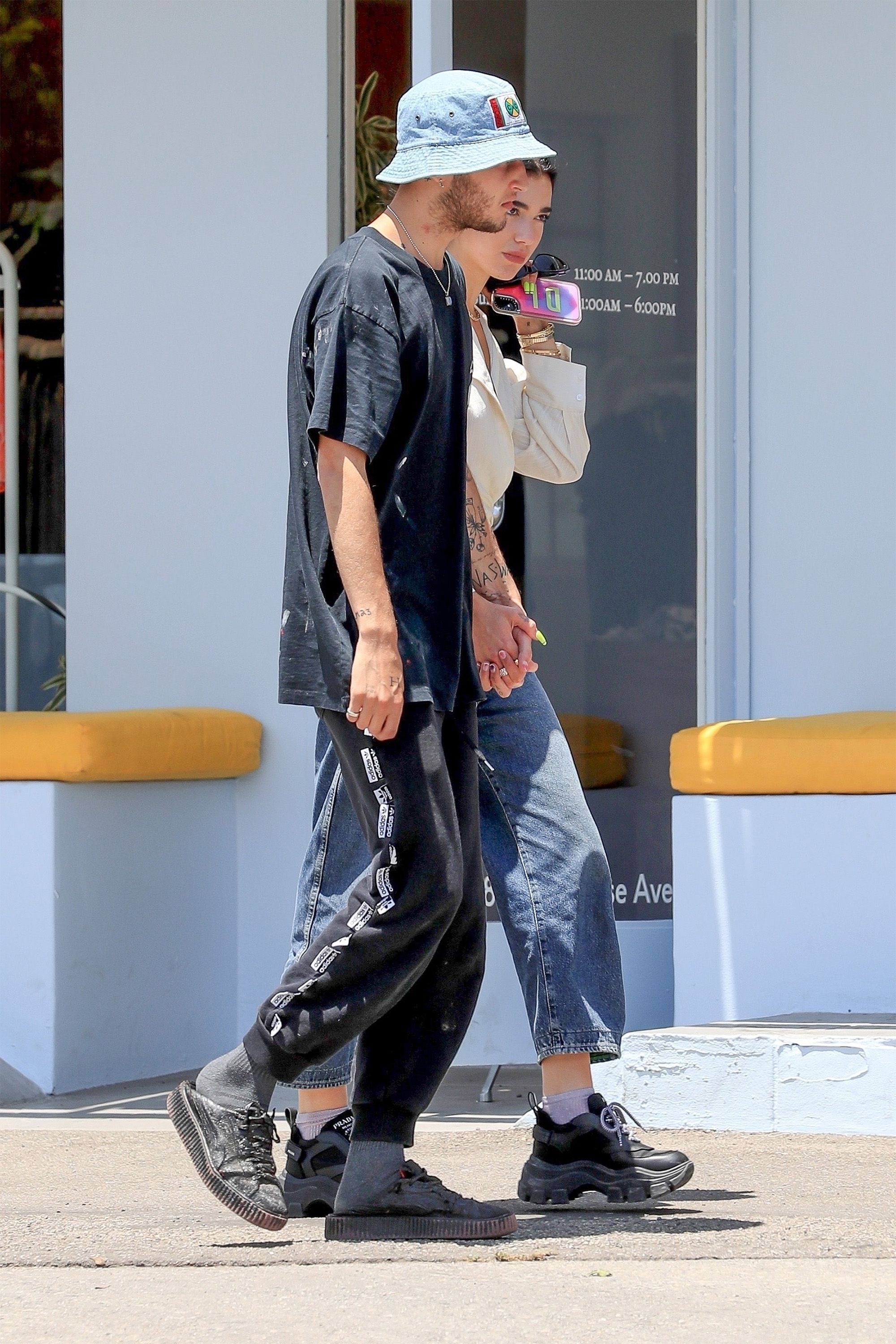 August 2019: They celebrate Dua’s birthday with tons of PDA.

Lipa rang in her 24th birthday with her new man in Malibu. The pair were photographed kissing in the ocean during a swim, and the singer later shared photos on her Instagram Story of her model beau giving her a kiss on the cheek. He even made her pancakes for breakfast.

The Sun reported that the two lovebirds would be renting an apartment in Manhattan together to be near Hadid’s siblings, and that they’d move in later in the month. (He’d been living in LA while she was based in London.) The stars have not yet confirmed the news, however.

September 5, 2019: They attend Anwar’s grandmother’s funeral in the Netherlands.

Marking a big step in their relationship, Lipa joined Hadid and his family in attending his late grandmother’s funeral in the Netherlands. Photos published by TMZ show the pop star with Anwar and his sisters, Bella and Gigi (who was accompanied by new beau Tyler Cameron), wearing black in Rotterdam, Netherlands. 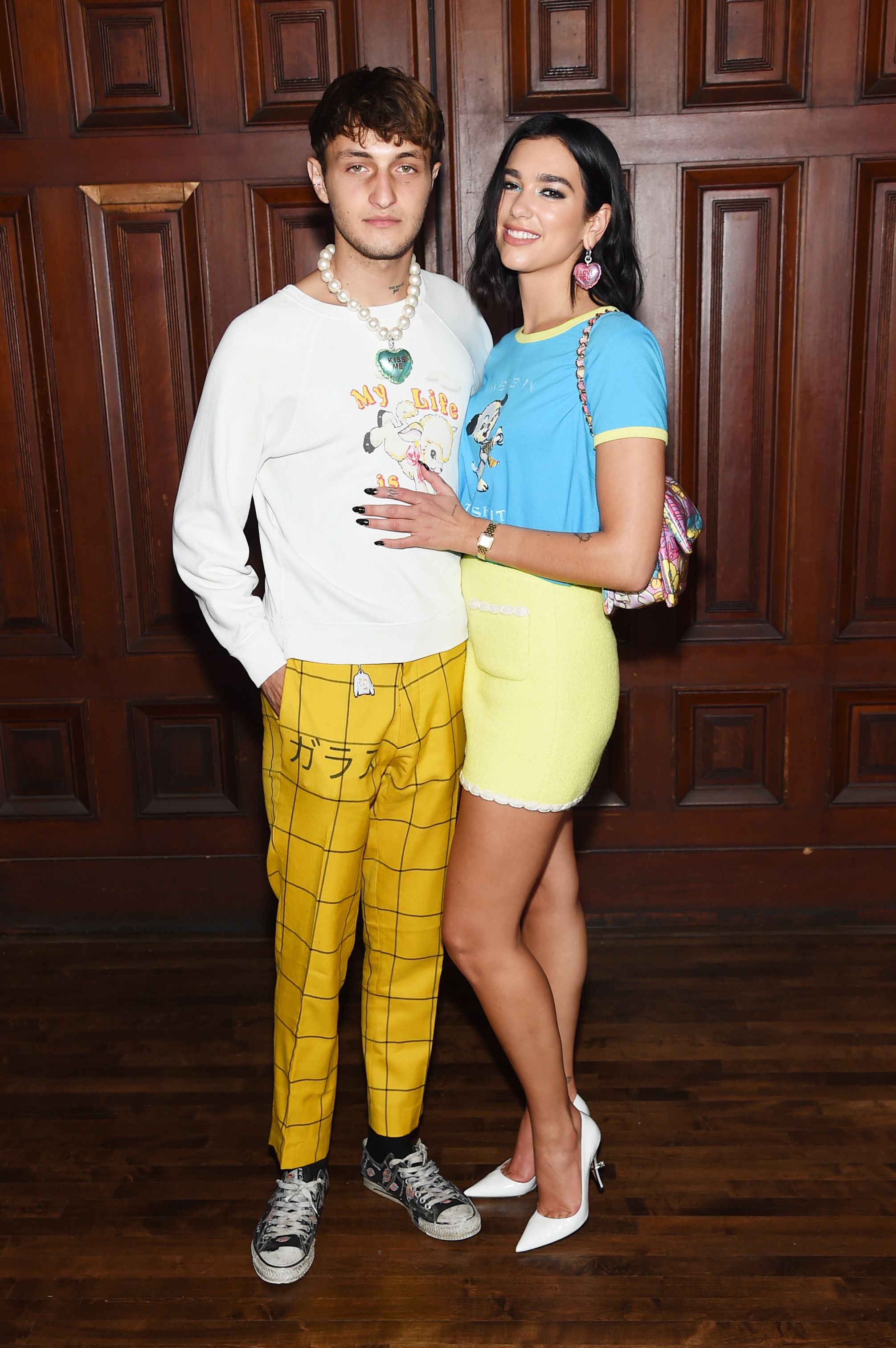 Hadid and Lipa indulge in major PDA during the MTV Europe Music Awards at FIBES Conference and Exhibition Centre in Seville, Spain. During the ceremony, Lipa also gave a knockout performance of her new disco single, “Don’t Start Now,” with Hadid undoubtedly cheering her on in the audience. 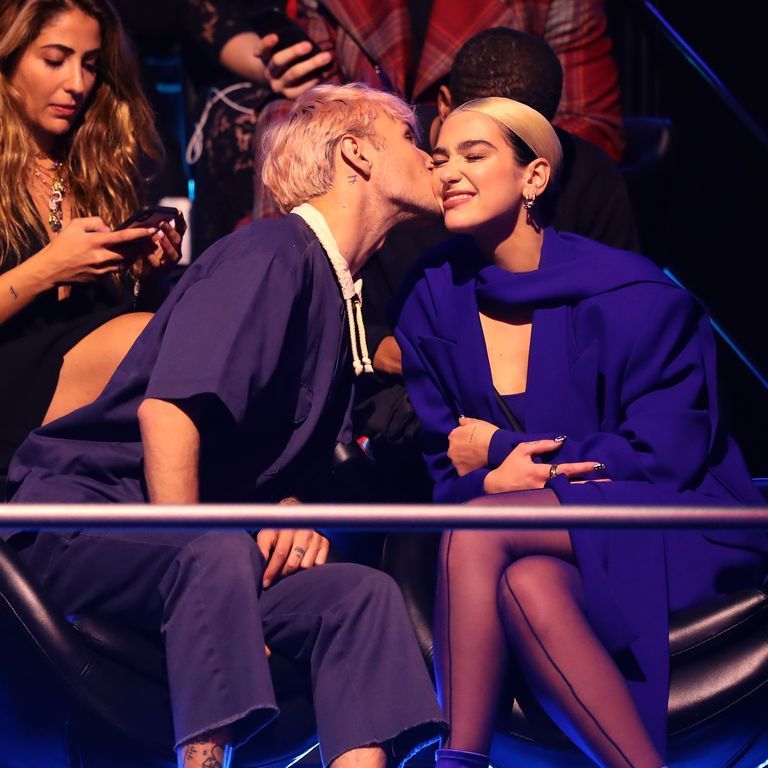 At the 47th Annual American Music Awards, Lipa and Hadid took the next step in their relationship: They made their red-carpet debut. Lipa stunned in a hot-pink Miu Miu gown and Bvlgari High jewelry. Meanwhile, Hadid looked suave in a black blazer and Iron Maiden T-shirt. And did we mention the PDA yet? 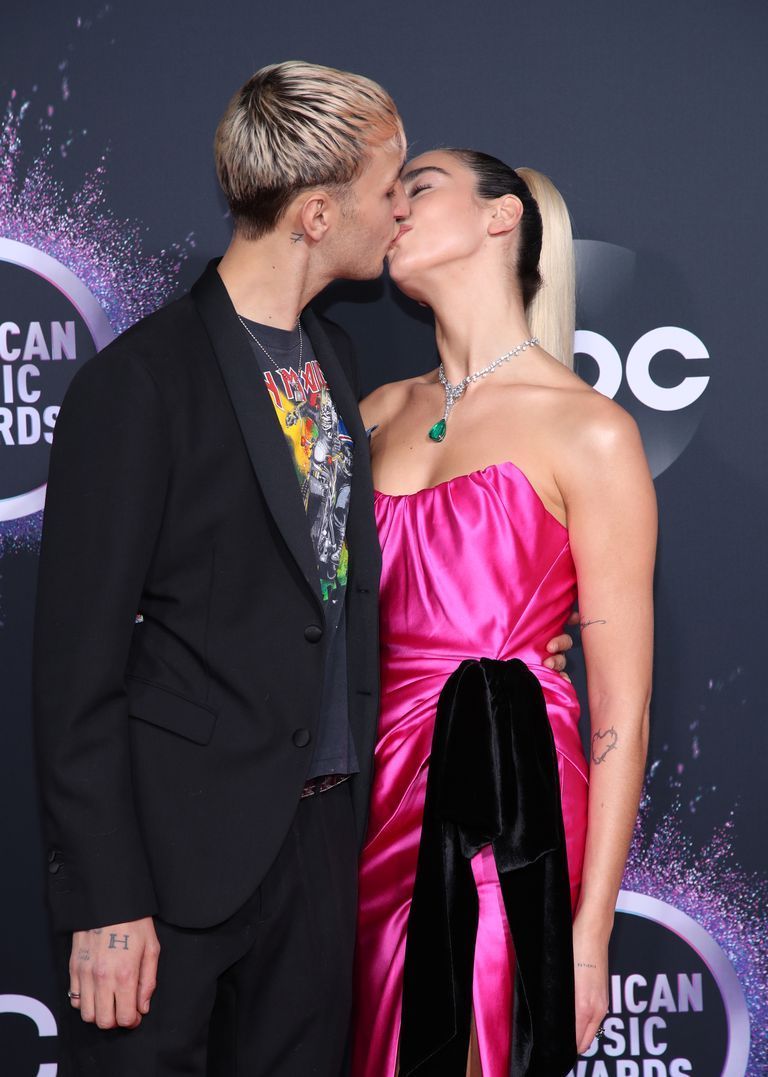 Lipa and Hadid celebrated their first anniversary in June 2020. The “Physical” singer posted a series of adorable snaps of the couple on Instagram to mark the occasion. “nothing sweeter than 365 days joint at the hip with you ❤️,” she wrote.

Lipa and Hadid are now the proud parents of an adorable new puppy. The singer took to Instagram to share the news that she and her boyfriend adopted a new pup who they named Dexter.

“Our tiny bestfriend Dexter!!! thank you @thelabellefoundation HE’S PERFECT,” wrote Lipa alongside a series of their new four-legged friend.

Anwar’s sister Gigi Hadid also showed her excitement over the new family addition, commenting below the post, “My nephew A VERY GOOD BOY 🪐 DEXTO FROM ABOVE™️!”

Making it very clear that he supports his girlfriend’s career, Hadid put in an appearance in the official video for Dua Lipa’s “Levitating (feat. Madonna and Missy Elliott) [The Blessed Madonna Remix].” The couple can be seen towards the end of the track, lying on the grass together. They look completely adorable, as always.

The couple were photographed playing with their puppy at a beach in Malibu. Further photos show them getting active in the water and boogie boarding (as well as sneaking in a few kisses). 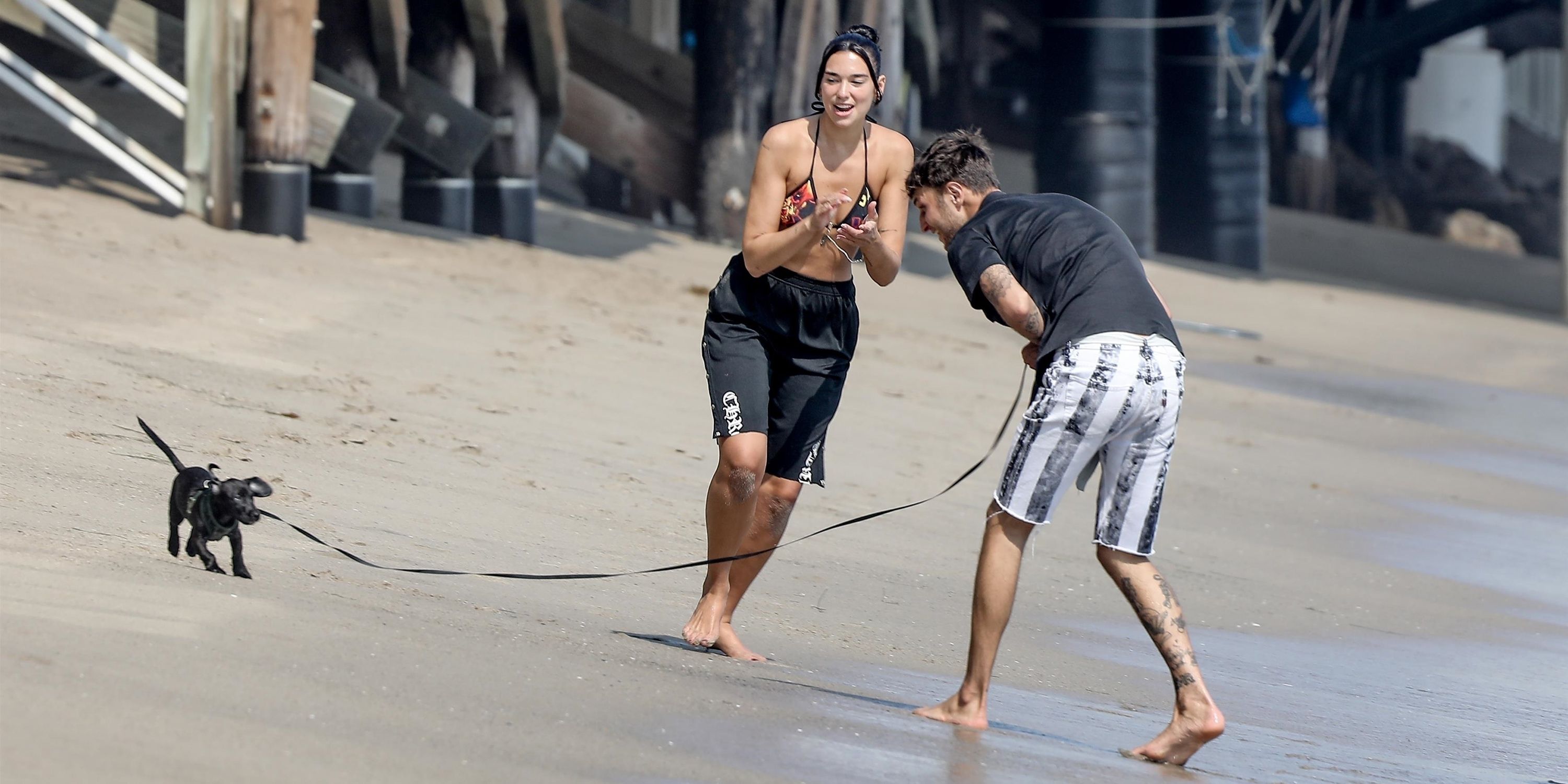 In her cover story for Rolling Stone, Lipa opens up about her cozy relationship with her beau and details their time spent together at the Hadid family farm in Pennsylvania.

“I’m very comfortable in the relationship, more so than any others,” revealed the singer. “[We] wake up around 9:00, 9:30, shower, get dressed, have a bit of breakfast, take the dog out on a really nice long walk, maybe do some yoga, make some lunch, hang out, watch a movie, play with the animals.”

She also shared that she gifted her boyfriend two pygmy goats named Funky and Bam-Bam who love to partake in a cuddle session.