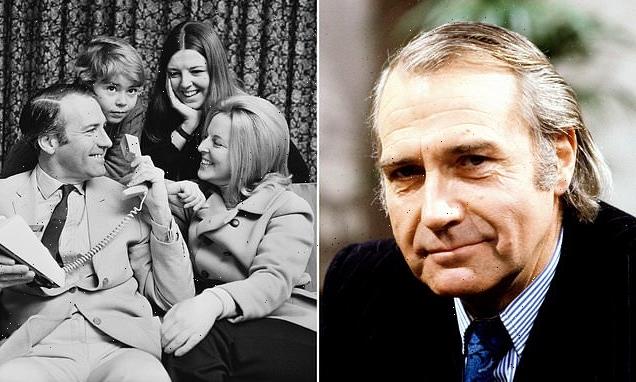 When rogue MP John Stonehouse faked his own death, he was hoping to wipe all trace of his existence.

Now, nearly 50 years after the extraordinary attempt, for which he was sentenced to seven years in prison, it seems he’s finally succeeded.

I can reveal that his daughter, Julia, has lost an agonising legal battle to see official papers about him — leading her to declare that it’s as if ‘he never existed’.

The Labour MP, who was a cabinet minister under Harold Wilson, faked his death in 1974 by disappearing after leaving a pile of clothes on a beach in Miami. But he was later found in Australia (police suspected him of being runaway peer Lord Lucan), where he had planned to set up a new life with his mistress, his secretary Sheila Buckley. 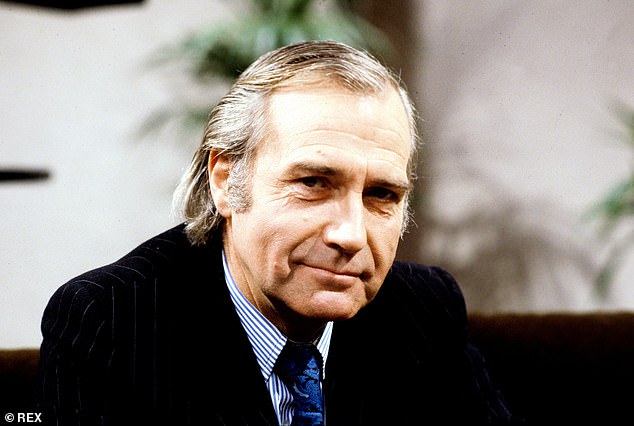 The Labour MP, who was a cabinet minister under Harold Wilson, faked his death in 1974

Stonehouse was extradited to Britain where he was jailed for fraud in 1976, and died from a heart attack in 1988, aged 62.

Julia, who has just published an account of her father’s life, John Stonehouse, My Father, had applied to the Attorney General for correspondence concerning him and the Crown Prosecution Service between 1975 and 1977. She asked for information about his extradition, committal proceedings and correspondence before and during his Old Bailey trial, and his appeal.

But she was astonished when, in 2019, the Attorney General’s Office told her they had searched for the name Stonehouse and found nothing, before a review found one file.

She complained that it was ‘inconceivable’ that there was no paperwork about Stonehouse, and argued they had not looked hard enough. 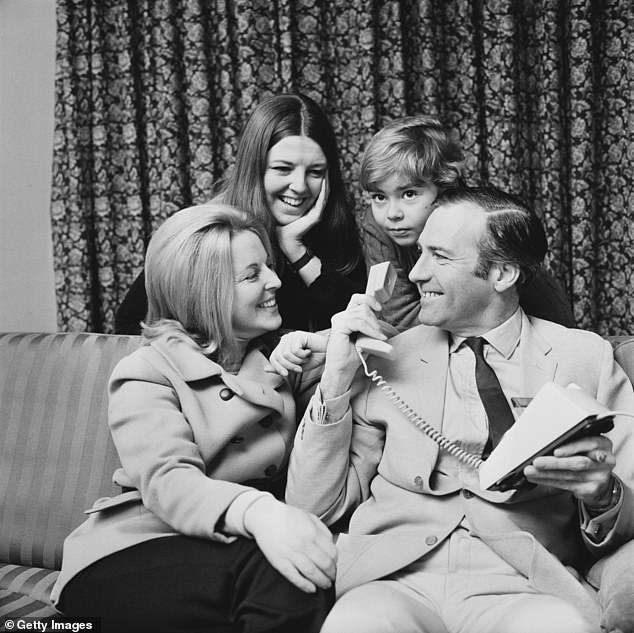 British Labour Party politician John Stonehouse (1925 – 1988) with his wife and family at their country home, 1969

‘Despite all these efforts over a very long period of time, I have not managed to extract a single piece of paper from any public agency relating to my father,’ she says. ‘If I did not know better, I’d think he never existed.’

‘In Stoppard’s Hapgood, the protagonist helps her son find what he has lost by thinking through all the places he has been. In this case, the starting point is that old files of government departments, if they exist, are retained in the National Archive.’

But Ms Stonehouse has found no relevant files in the National Archive, which confirms no such record existed, he ruled.

‘I am in Switzerland working with [Liverpool FC manager] Jurgen Klopp and the squad to build their mental resilience,’ Fogle, 47, tells me.

‘I’ve been helping with training, focusing the mind. Players are often stuck in their football world, so I’ve tried to take them out of it for a little while.’

The father of two, who tours the UK with his Tales From The Wilderness show next month, adds: ‘I never dreamt I would be working with Liverpool. The boy that couldn’t even kick a football, who still can’t . . . There are other ways of fulfilling your hopes and dreams.’

Handbag designer Lulu Guinness, whose fans include models Kate Moss and Alexa Chung, is annoyed with the industry’s obsession with young people. ‘It’s the next thing we’ve got to address: we’ve got to stop being so ageist,’ she declares. ‘Especially with my customers, I think that. Why is a young, edgy person more desirable as a customer? I think young people are absolutely brilliant . . . but they’re not the only people.’

Noel and the 4 am Rover

Noel Gallagher might want to think twice before inviting The Crown star Matt Smith for a heavy drinking session at his home again.

‘Matt can hold his own, but he does tend to boot furniture over at 4am,’ says the ex-Oasis singer.

‘He supports Blackburn Rovers and he does that thing where he’ll drift off and then shout ‘Rovers!’ and kick a chair. I was about to have a word with him a couple of times.’

Noel adds: ‘Actors have to keep it low-key because studios are not going to invest in a raving party animal. So you’ll find they lead a double life. [Hollywood star] Matthew McConaughey is one of the most far out people I’ve ever met.’

They are used to sparring across the House of Commons floor and now Labour’s Emily Thornberry and Tory minister Kit Malthouse face an awkward encounter on holiday, too. The pair inadvertently booked the same summer holiday — a trip down the Northumbrian coast — as Covid travel restrictions make it harder to go abroad. In the past few days, Emily, who is there with her husband Christopher Nugee, a Lord Justice of the Court of Appeal, has been visiting the same beaches and crumbling castles as policing minister Kit.

Hats off to Fellowes, from Queen 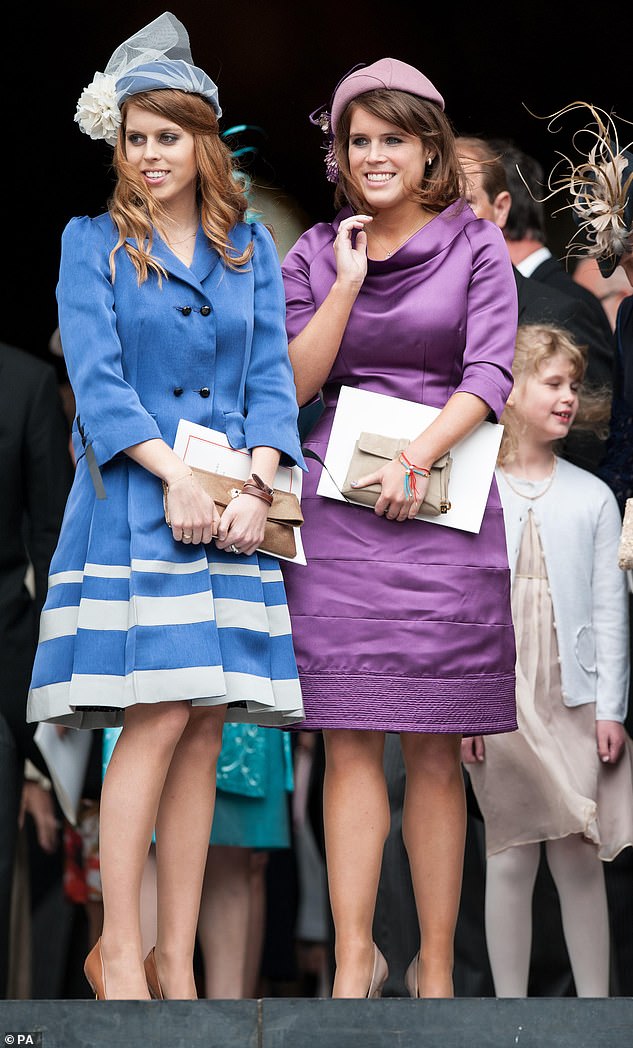 Mary, 42, admits she cried when Beatrice told her: ‘Granny gets the reference. And loves it’

Could Meghan Markle’s former stylist soon be dressing the Queen?

Mary Fellowes, who worked with the Suits star in 2015, claims Her Majesty was impressed by the make-over she gave her granddaughters.

‘I was contracted by Buckingham Palace to come up with a fresh look for Princesses Beatrice and Eugenie of York, starting with their grandmother’s Diamond Jubilee celebrations,’ says Mary, niece of Princess Diana’s sister, Lady Jane Fellowes.

‘I based their hats on Her Majesty’s beautiful headgear 50 years before.’

Mary, 42, admits she cried when Beatrice told her: ‘Granny gets the reference. And loves it.’

Christmas has come early for Prince Charles! I hear he’s already stocked the shelves of his Highgrove shop with festive cards showing snowy scenes at the Cotswolds home he shares with the Duchess of Cornwall. The store, in Tetbury, Gloucestershire, is selling packs of Christmas cards for £9.95 and advent candles for £4.50 — proceeds from which go towards the Prince of Wales’s Charitable Fund.

Sharapova’s love match — with a castle 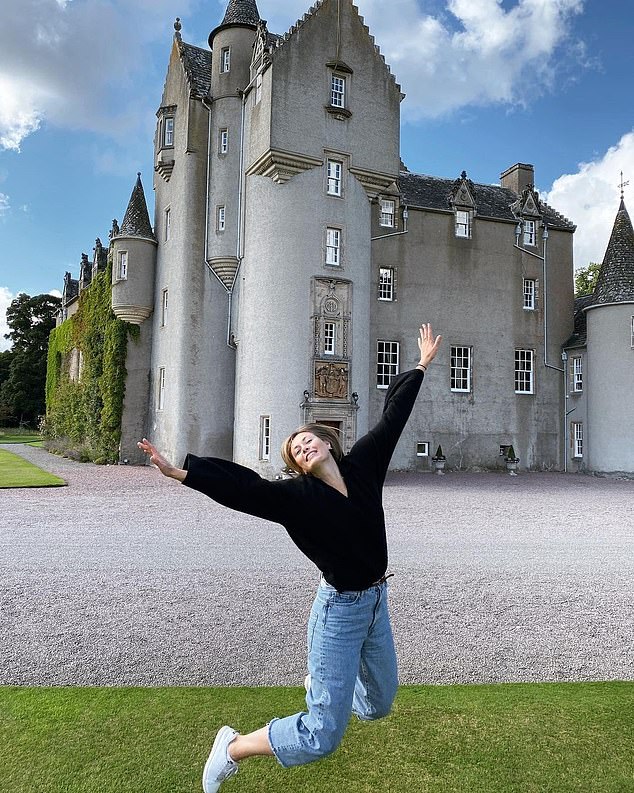 While planning their wedding, the 34-year-old visited Scotland at the weekend with Eton-educated Alex, 42, and jumped for joy on seeing Ballindalloch Castle in Banffshire

While planning their wedding, the 34-year-old visited Scotland at the weekend with Eton-educated Alex, 42, and jumped for joy on seeing Ballindalloch Castle in Banffshire — prompting fans to speculate whether it could be a potential venue for their forthcoming nuptials.

‘The castles in Scotland are extremely photogenic,’ says Maria, adding of their visit: ‘We found endless happiness.’

Wearing of the green as Pixie joins the Irish 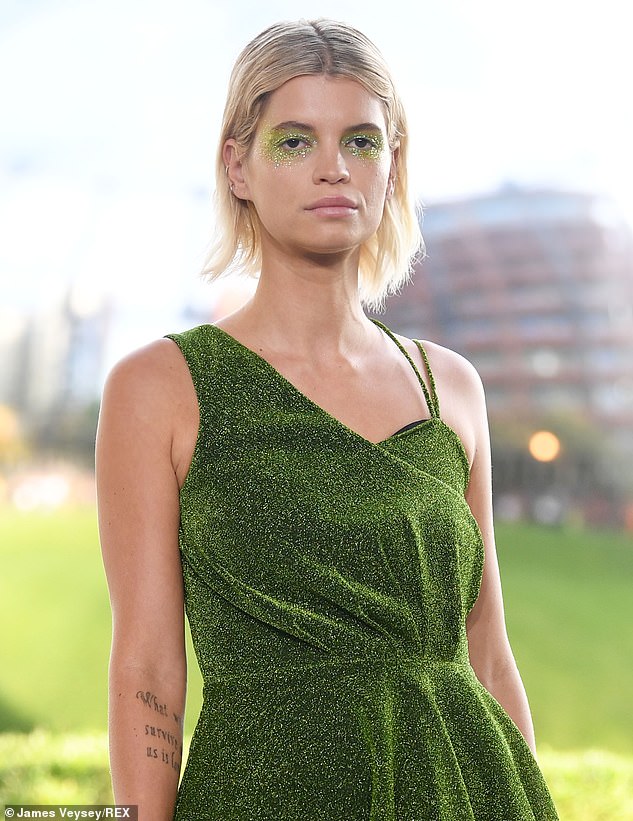 The 30-year-old singer and model reveals she has acquired Irish citizenship, one month after announcing she’s expecting with her husband, fellow musician George Barnett

Pregnant with her first child, Pixie Geldof is celebrating another pivotal moment in her life.

The 30-year-old singer and model reveals she has acquired Irish citizenship, one month after announcing she’s expecting with her husband, fellow musician George Barnett.

‘I made it official,’ confirms Pixie, who now shares the same nationality as her activist father, Sir Bob. 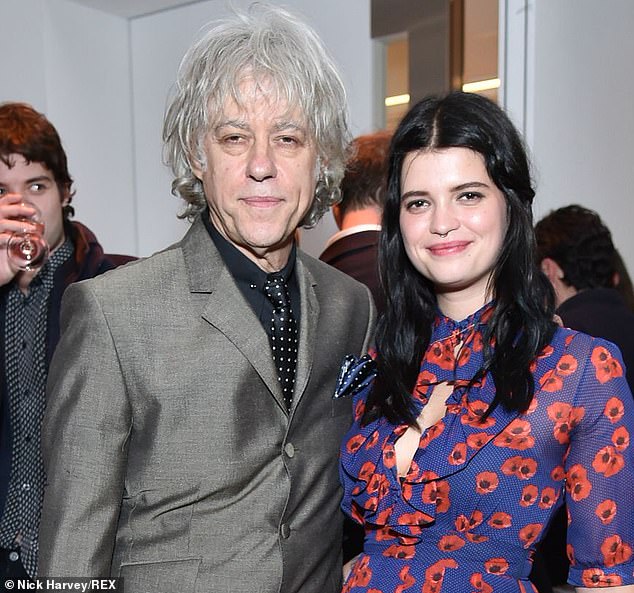 Irish passports have been referred to as ‘golden tickets’ because they allow Brits to skip the queue at Customs from and to EU countries.

The daughter of the late Paula Yates, Pixie, who has always lived in London, has been inundated with congratulations from her Irish pals, including TV hosts Laura Whitmore and Dermot O’Leary, who wrote: ‘Welcome to the tribe. About time!’