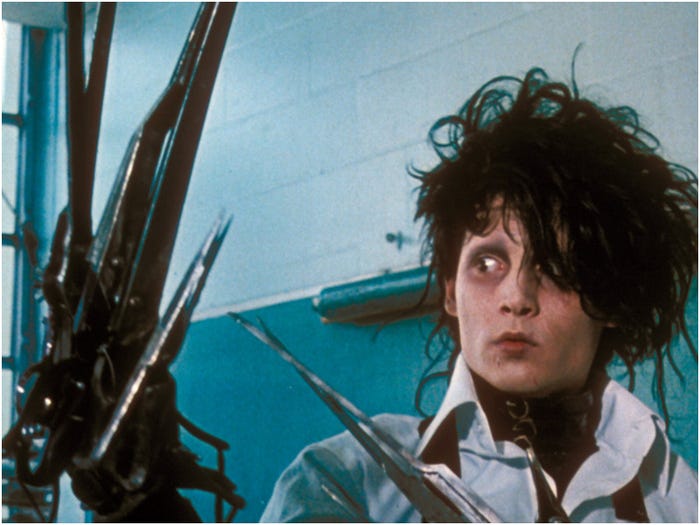 Caroline Thompson, the screenwriter behind "Edward Scissorhands," said that she cried when she recently found out what an "icon" Edward is to some people with disabilities.

Thompson spoke to Insider about the 1990 Tim Burton movie, which celebrates its 30th anniversary this year. Thompson recalled her time on the movie fondly and told Insider how she created the character of Edward, played by Johnny Depp.

Today, the movie is considered a classic and arguably Burton's best movie as a director. However, Thompson says she never realized just how much the character of Edward meant to people who identify with the disabled community. It was only when she was interviewed in October for the Reel Abilities Film Festival that she learned of the character's significance, she told Insider.

"I did not realize what an icon Edward is for the disabled community and how much confidence and comfort and clarity about themselves he gave many people," Thompson said.

The Reel Abilities Film Festival runs in several cities and "explores, embraces, and celebrates the diversity of our shared human experience." Thompson, who also wrote "The Nightmare Before Christmas" and "Corpse Bride," was being interviewed for "Scissorhands," which was being shown at the LA edition of the festival in October.

In Michael Dougherty's introduction to his interview and Q&A with Thompson, the LA festival director called this movie and her work, "a temple built for the outcasts and the weirdos."

Dougherty said: "I could talk to you about art as salvation but doing so would only delay the glorious moment for the 10-year-old I once was to finally say to this singular artist: Welcome Caroline Thompson, it's nice to meet you."

"I started to cry," Thompson told Insider. "How touching can that be? People who are suffering otherness that is so visual, and people are so cruel, to have been a support was a beautiful feeling. That's been one of the great joys of having contributed him to the culture."

"Edward Scissorhands" has long been considered a tentpole picture and lauded for its message. Writing for health website The Mighty, writer Sara Anne said that the movie teaches audiences about disability and inclusion. Thompson and Burton's movie was also one of the first films to have a main character with a disability, while Edward himself is shown to achieve amazing things because of — not despite — his differences.

Thompson is an experienced filmmaker who directed "Black Beauty," but when Thompson first heard Burton's idea of "a guy with scissors for hands," she thought it was the "stupidest idea [she's] ever heard." However, she also knew it was "brilliant," straight away.

"There is no struggling for understanding what that means. It's right there on its sleeve," she said. "If I can't understand a movie with the sound, it's not worth watching to me. Movies are movies. Not words. What could be more clear than a guy with a set of scissors for hands not being able to fit in?"