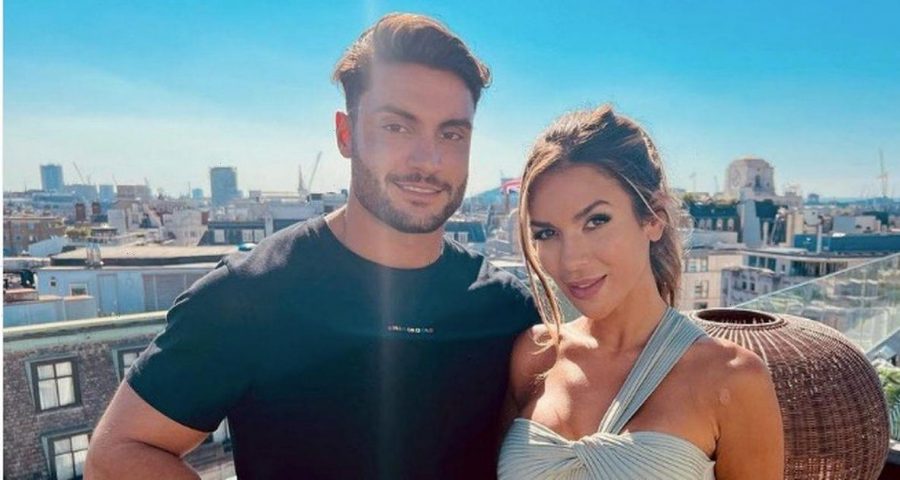 Love Island's Ekin-Su Cülcüloğlu has teased that marriage and babies could be on the cards for her and her beau Davide Sanclimenti.

The loved-up pair made and appearance on This Morning where they chatted to hosts Holly Willoughby and Phillip Schofield about their time during and after their time in the villa where they fell in love.

Davide, 27, and Ekin-Su, 28, won the show by a landslide, receiving 63.7% of the public vote, beating Luca Bish, 23, and Gemma Owen, 19, but Ekin-Su still looked shocked when Phillip read out some of the hit ITV2 show's success statistics.

After he told them that the show has led to four marriages and eight babies so far, a wide-eyed Ekin-Su looked to Davide before saying: "Maybe we’ll be the next one!"

If they were to tie the knot or have a baby, they would join the likes of Jamie Jewitt and Camilla Thurlow who are married with two young daughters, and Olivia and Alex Bowen who welcomed son Abel in the summer of 2022.

The couple looked fantastic during their appearance on the daytime TV show, with Ekin-Su rocking a more casual look than some of her previous TV appearances in a white shirt and blue jeans.

Davide – who didn't let go of his beau's hand the whole time they were on the sofa – looked smart in a black polo top and tan chinos.

The pair also put on a united front as they addressed the cheating rumours that have surrounded them since Davide was spotted getting into a taxi with two female friends and a male pal after watching boxing at the O2 Arena.

After Phil and Holly asked them about the rumours, Davide said: "It's not been nice to be honest, to put her in this situation."

Ekin Su, who was in Los Angeles when the photos emerged added: "I was on a shoot and I had the fans going, 'Ekin, your man has been seen with two girls'."

She added: "I called him and asked what was going on. I know there was a bunch of people. There was only limited cabs. It wasn't just them. But it's nice the fans are sticking up but the relationship is always private and only you know the truth."

Ekin-Su had previously spoken out to defend her man on the rumours, when she spoke to goss.ie and insisted he "didn't cheat" on her.

“I mean those videos, we know it’s not true because I was talking to him the whole night," she said. “You know the relationship is between me and him and people like to talk."

She continued: “The truth behind that is it wasn’t just him, it was a big group, and it just happened to be two girls in a taxi with him and his friend and it just looked wrong, thats all it was.”