Ellie Harrison, 41, flaunted her toned pins in a thigh-skimming dress at Castle Howard today. The blonde beauty stepped out to join her fellow presenters for Countryfile Live 2019, which runs until Sunday. The presenter opted for a red and white patterned smock dress for the event, paired with brown leather ankle boots for a festival-ready look. The ensemble was cut just above the knee and showcased the wildlife expert’s slender figure.

The star wore her tresses loose around her shoulders in relaxed waves and beamed for photos with her co-hosts.

The presenters smiled for the camera as they prepared to mark the live show’s first appearance in the north of England with a ribbon cutting ceremony.

In another photo, the Countryfile favourites posed in front of a giant blue wellington boot stamped with the programme’s logo.

Ellie Harrison’s attendance at the event comes after she opened up about her relationships with her co-hosts.

The TV personality exclusively told Express.co.uk the stars were planning on “asking each other some probing questions” at Countryfile Live this year. 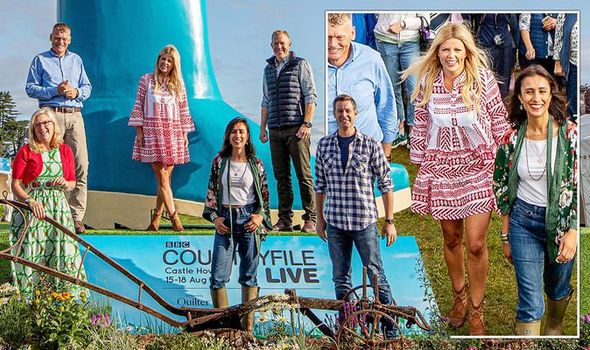 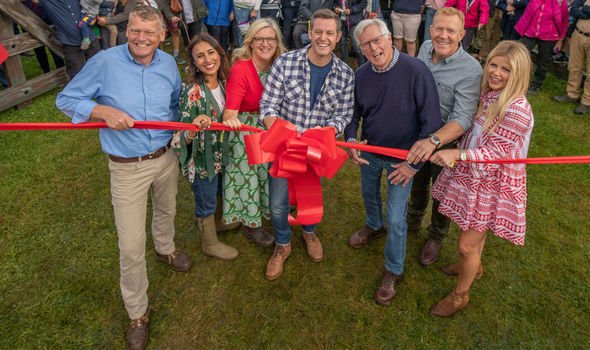 She said: “Normally we have these shows on the main stage and in previous years we’ve had a host to run it, but this year we’ve decided to host each other.”

Ellie then made a surprising revelation about how the team know how to “get under each other’s skin”.

She continued: “I think it’s going to be great because we know each other and we know how to get under each other’s skin and ask some probing questions, which I think will be slightly more insightful.”

In spite of the presenters’ plans to focus on thoughtful questions, she added: “At the same time we aren’t just sitting on the other side of the sofa and answering questions.

“We have to be professional and try to hit our times and keep an audience.” 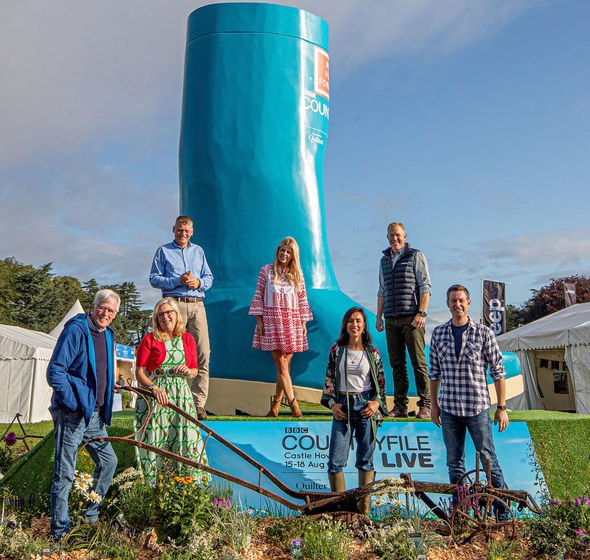 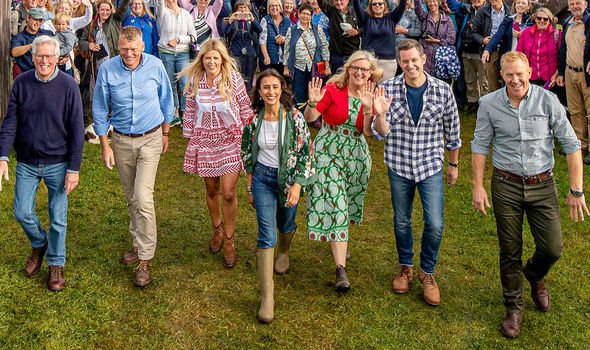 Ellie also revealed they are planning to “mix things up” for the live show.

She divulged: “They’re mixing it up so over the course of the four days we get to host all of the different configurations. So we’ll have covered each other by the time we’re done.”

The event allows the presenters to have the unique opportunity to interact with viewers.

Speaking about her experience with fans, Ellie admitted: “Most people are thankfully really respectful and tend to say really clever things so we’re super lucky in that respect.

“But I sometimes get, ‘Can I have a photo with you? My husband’s got a crush on you,’ which is obviously fine but I always just feel slightly odd.”

Countryfile airs Sunday at 7pm on BBC One.