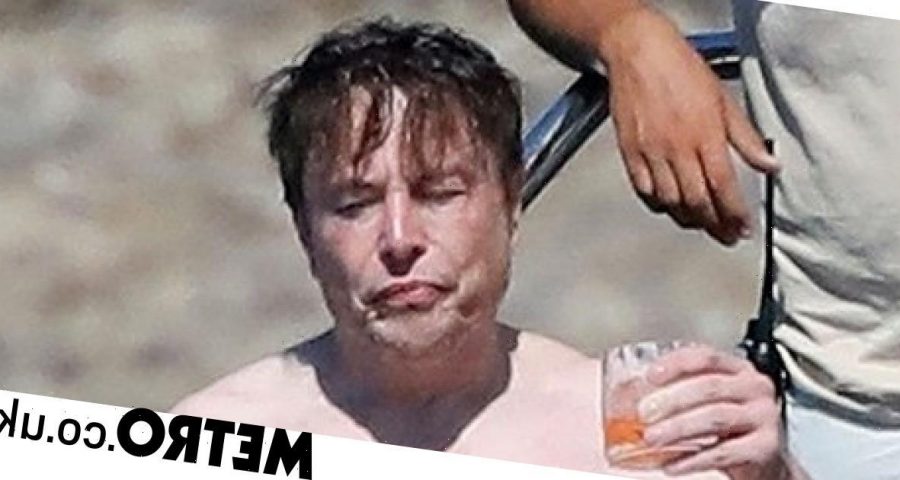 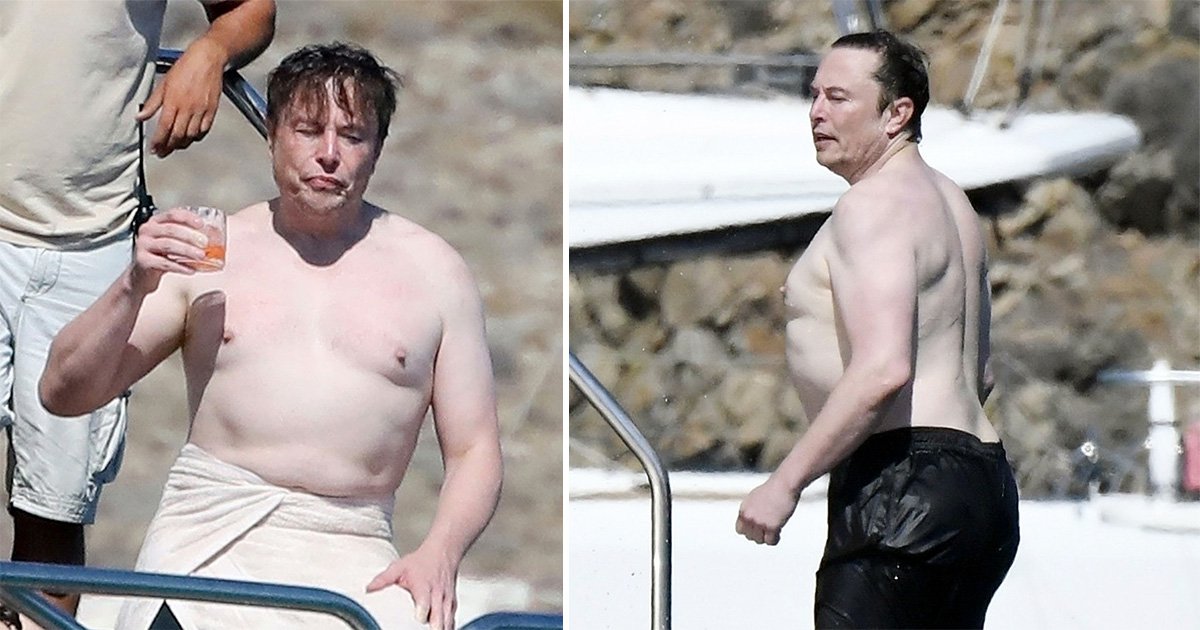 Elon Musk looked as though he didn’t have a care in the world while lounging around on a superyacht this week, despite having a very expensive legal war with Twitter looming over his head.

The billionaire Tesla boss is currently relaxing off the coast of Mykonos, Greece and decided to take one of his big toys out for a cruise on Monday.

Spotted aboard a luxury liner, Elon was joined by friends, including fashion designer Sarah Staudinger, 33, and her husband Ari Emanuel, 61, the Hollywood agent whose career inspired the HBO series Entourage.

The group were seen going for a splash in the water and it was apparently thirsty work, as Elon, 51, was spotted sipping a refreshing beverage after drying himself down with a towel, before joining his pals for a spot of sunbathing.

He also watched on as newlyweds Ari and Sarah, who tied the knot in May, larked around by turning the shower head on each other after climbing back onto the swim deck.

Social media was loving the unfiltered look at the CEO, prompting Elon himself to joke: ‘Haha damn, maybe I should take off my shirt more often … free the nip!! (already back in the factory btw).’

No doubt the downtime was needed to take Elon’s mind off his impending court battle with social media platform Twitter.

The two entities are at loggerheads due to Twitter suing the businessman for failing to complete a purchase deal of the website for $44billion.

Earlier in July, Elon’s attorney Mike Ringler said the social media giant ‘has not complied with its contractual obligations’. He said it had not provided Elon with relevant business information he requested, forcing him to pull the plug.

The move came after Elon said he wanted to look into Twitter’s claims that around 5% of its daily active users are spam accounts. He had his suspicions that the true number of bots on the site is far higher, with sources familiar with the situation suggesting the figures aren’t verifiable.

Twitter then filed a lawsuit in Delaware’s Court of Chancery.

On Tuesday, hours after Elon was pictured lounging on the yacht, a judge ruled that the trial between the businessman and Twitter should take place this October.

It’s been a particularly busy year for Elon after welcomed another child with his former partner Grimes.

In March, the couple confirmed they had secretly welcomed a baby girl named Exa Dark Sideræl Musk – they already shared son X Æ A-12 who was born in May 2020. However, just hours after announcing the arrival of their second child together, Grimes, 34, revealed she and Elon had split but remain good friends.