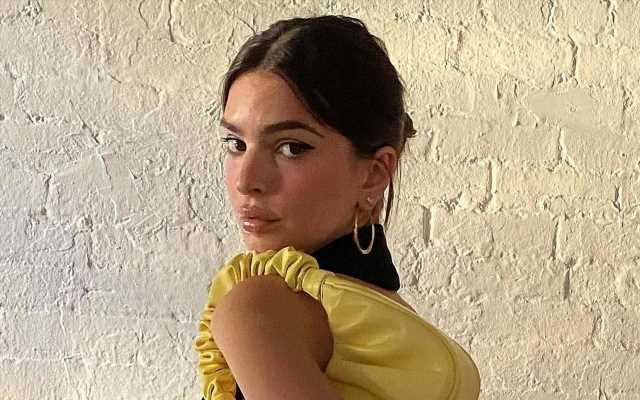 The ‘Blurred Lines’ video vixen faced the ‘ugly truth’ of beauty as she gets older after she grew up with mom and dad who valued looks over everything else.

AceShowbiz -Model Emily Ratajkowski grew up believing that beauty was more important than anything to her family.

The model-turned-actress, who shot to fame after appearing topless in Robin Thicke‘s 2013 video for “Blurred Lines”, admits her loved ones truly valued looks over everything else, but when her career took off as a teenager she realised that being perceived as an object of desire wasn’t as “empowering” as she thought it would be.

“It had never occurred to me that the women who gained their power from beauty were indebted to the men whose desire granted them that power in the first place,” Emily writes in her new memoir “My Body“. “Those men were the ones in control, not the women the world fawned over.”

“Facing the reality of the dynamics at play would have meant admitting how limited my power really was – how limited any woman’s power is when she survives and even succeeds in the world as a thing to be looked at.”

She writes that her parents encouraged her to begin modelling when she was in middle school, explaining, “Beauty was a way for me to be special. When I was special, I felt my parents’ love for me the most.”

Her mum, Kathy, who was compared to classic Hollywood beauty Vivien Leigh when she was young, was always pointing out the effect Emily had on men – even at the age of 12.

“I’ll never forget the look on his face as you walked past him!” Kathy would remark about random men on the street. “He stopped dead in his tracks and his mouth fell open!”

“I tried to gauge where my parents thought I belonged in the world of beauties,” Ratajkowski writes. “It seemed important to them both, especially to my mother, that their daughter be perceived as beautiful.”

She also recalls feeling “embarrassed” when her mum placed a sexy modelling photo on the kitchen counter when she was a teenager, so everyone visiting their house was sure to see it.

In her book, she writes, “I was forced to face some ugly truths about what I understood as important, what I thought love was, what I believed made me special, and to confront the reality of my relationship with my body.”