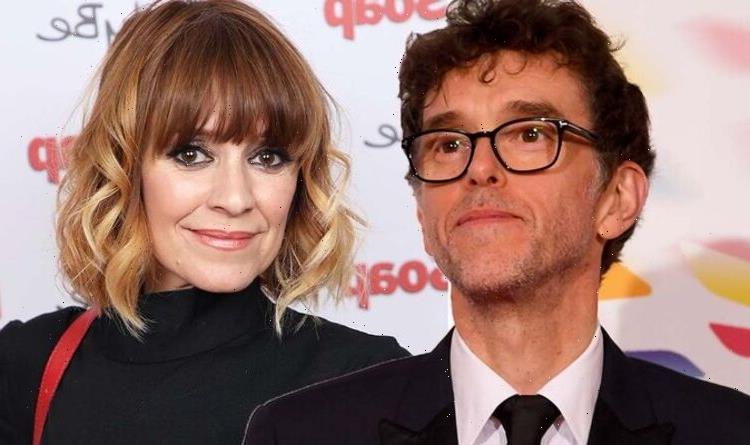 Emmerdale actors Zoe Henry and Mark Charnock have revealed the life-changing experience their characters, Rhona Goskirk and Marlon Dingle, will go through together. The fictional couple’s lives were turned upside down when Marlon suffered a stroke just when they decided to get engaged.

Rhona and Marlon were set to propose to each other when Marlon started to feel frightened and disoriented before feeling his consciousness fade.

Worried about her dad, April rushes home to find him struggling to stay conscious.

Mark described his character’s incident as a “distressing” and “traumatic” experience, while Zoe defined it as “a new challenge”.

However, the couple does not lose hope as they are determined to overcome the “bump in the road”.

Mark told Express.co.uk and other media outlets: “There’s a great deal of hope that things can only get better from where they are, there’s positivity to be had from it too.

“So hopefully apart from it being distressing, traumatic for the characters, also it will inspire them to get their lives back.

“And hopefully it will inspire the people watching to maybe change their lifestyles a little bit in order to head this off before it happens to them because it happens to so many people.”

Asked about April’s emotions following her dad’s stroke, Zoe pointed out that she had also suffered the loss of her mother and that there were “a lot of things echoing for her.”

She said: “The kids sometimes are way more adaptable and accepting than he gives them credit for and she’s pretty strong and she’s amazing.

“But you can’t erase the fact that she’s lost her own mother not that long ago, so there’s a lot of things echoing for her.”

Zoe went on to explain how Rhona coped with the traumatic experience and how her life changed from that moment onward.

The actress said: “And Rhona is just doing her best, I mean, like I said every day is a new challenge and I’m sure there’ll be more bumps in the road further down the line.

“The timing of Rhona’s own mother arriving in the village has been great, even though it’s been challenging because they don’t necessarily get on.

“It’s that extra pair of hands who help.”

She continued: “So there’s a network of people that she’s leaning on and April’s got Bob as well. It’s day by day.”

Zoe has previously spoken out on her character’s “though” storylines and how they affect her personal life.

She told The Sun in 2019: “Tough storylines can be heavy going.

“Rhona, my character on Emmerdale, has been through a lot, including rape and a hysterectomy.

“But when we cover difficult subjects there’s a really good rapport between the actors and crew as soon as the camera stops rolling.”

Zoe then praised her husband, Jeff Hordley, who plays Cain Dingle, for how he understands her if she is having a bad day.