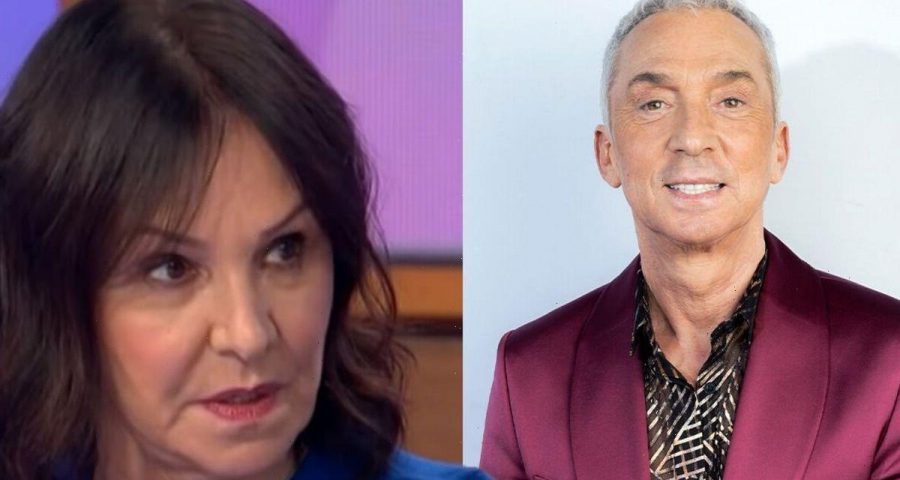 Arlene Phillips, 79, sat on the Strictly Come Dancing panel alongside Len Goodman, Craig Revel Horwood and Bruno Tonioli. As the dancer discussed her partnership with Wiltshire Farm Foods, Express.co.uk asked Arlene how she felt when the news broke of Bruno’s departure from the show, with Anton Du Beke taking his position full-time.

Why would I be bothered?

Anton took a permanent role on the judging panel this year alongside Craig Revel Horwood, Motsi Mabuse and Shirley Ballas.

This comes after he covered for Bruno Tonioli last year when he took a break from the show due to travel limitations as he continued to judge on the US series, Dancing With the Stars.

Express.co.uk asked Arlene if she was sad to see Bruno leave the show as he started on Strictly with her.

“I think that travelling every week is a lot and I think there’s a time where it gets too much, especially travelling with that uncertainty in the pandemic.

“But he wasn’t sad, I actually saw him a couple of times after and he was fine so if he was fine, why would I be bothered?”

The Italian has not been on the BBC panel in person for two years because of Covid travel restrictions.

Speaking about his exit, he said that during the pandemic, doing both dance shows was “impossible because the rules changed, getting through the airport was not like it used to be, it created a situation that was unsustainable”.

Explaining his current situation, he said on The One Show: “Unfortunately Dancing with the Stars has moved to Disney+, which is a big deal. Because of the travel situation, I will be there.”

Bruno appeared via video link during the 2020 series of Strictly, while Du Beke took his place last year.

Tonioli’s permanent exit leaves Craig as the only judge to remain since Strictly’s launch in 2004.

Speaking about Anton’s new role, Bruno praised him, when he exclaimed: “I think Anton has done a fantastic job. He deserves to be on that seat. It’s a 10 from me. Carry on. Make me proud.”

In a message to Head Judge Shirley Ballas, Bruno quipped: “Shirley my love, you will be much safer with Anton. Motsi, don’t worry about Craig, he is just jealous because he cannot wear your clothes.

“Craig is just Craig and behind the scenes he is more fun than me. He is so cool and laid back.”

Express.co.uk also asked Arlene on whether she would ever make a return to the BBC show.

She hastily responded: “It’s not a question I would ever ask myself because it’s not going to happen. So why even think about it?

“However, I can say I loved the show and I loved being part of it and I do miss it.”

Arlene is currently partnered with Wiltshire Farm Foods who are making dreams come true for those aged 55+ as they nominate themselves for something stipulating, with Arlene then picking the best ones.

The older generation are being encouraged to tick off items from their bucket-list with this new opportunity, that some might have had on there for decades.

Speaking about the campaign, Arlene said: “There is so much to do and see and it’s about time we all got out there to do it – it’s about how you feel inside, not what your age dictates. After all, age is just a number! We’re seeing more and more mature adults going above and beyond to achieve the goals they want in life – from cage diving with sharks, to skydives, and other crazy activities!”

The Wishlist Fund is viewed via www.wiltshirefarmfoods.com/wishlist-fund and is open for 2 weeks, closing 25th October 2022.