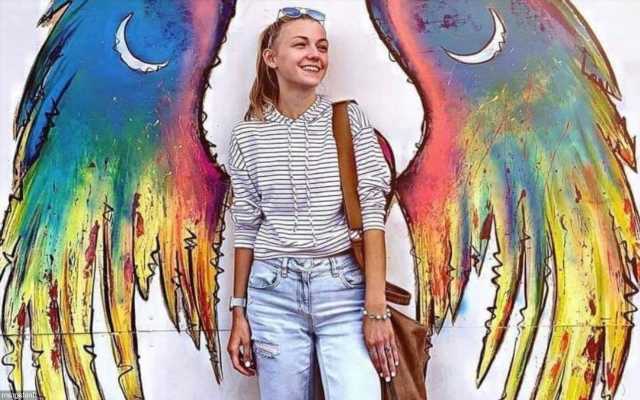 Meanwhile, Gabby’s father and younger brother take to Instagram after it was announced that a body believed to be Gabby was found in the vicinity of Spread Creek Dispersed Camping Area in Wyoming.

AceShowbiz -Family of Gabby Petito a.k.a. Gabrielle Petito‘s fiance Brian Laundrie has broken their silence after a body, which was believed to be Gabby’s, has been found. Following the news, the attorney representing Brian Laundrie and his parents called the discovery “heartbreaking.”

Speaking on behalf of the Laundrie family, who refused to be cooperative with police amid the disappearance of Gabby, lawyer Steven Bertolino told The Post on Sunday, September 19, “The news about Gabby Petito is heartbreaking.” The lawyer added, “The Laundrie family prays for Gabby and her family.”

Meanwhile, Gabby’s father, Joseph Petito, and younger brother, TJ Schmidt, took to Instagram to react to the devastating news. In an Instagram post, Joseph shared a picture of the YouTuber, who was reported missing on September 11, posing in front of a mural of angel wings. “#gabbypetito she touched the world,” Joseph wrote in the caption.

As for TJ, he shared another picture of the 22-year-old posing in front of another angel wings mural. “I don’t even know what to say. I’m at a total loss. My heart is shattered #justiceforgabby,” he captioned the post.

In a September 19 press conference, the Denver branch of the FBI, the National Park Service and law enforcement revealed that a body was found in the vicinity of Spread Creek Dispersed Camping Area in the Bridger-Teton National Forest in Wyoming. While the person’s identity has not yet been confirmed, it fit the description of Gabby.

“Earlier today, human remains were discovered, consistent with the description of Gabrielle ‘Gabby’ Petito,” an FBI official told the press. “Full forensic identification has not been completed to confirm 100 percent that we found Gabby, but her family has been notified of this discovery. The cause of death has not been determined at this time.”

Gabby’s family reported that she was missing on September 11. The YouTube personality was on a road trip with fiance Brian, who got back to the North Port, Fla. on September 1. However, Brian was missing himself and his parents claimed they haven’t seen him since he went hiking in the nearby Carlton Reserve area on September 14.

Of his disappearance, lawyer for Gabby’s family said in a previous statement, “All of Gabby’s family want the world to know that Brian is not missing, he is hiding. Gabby is missing.” Brian has been named as a person of interest.