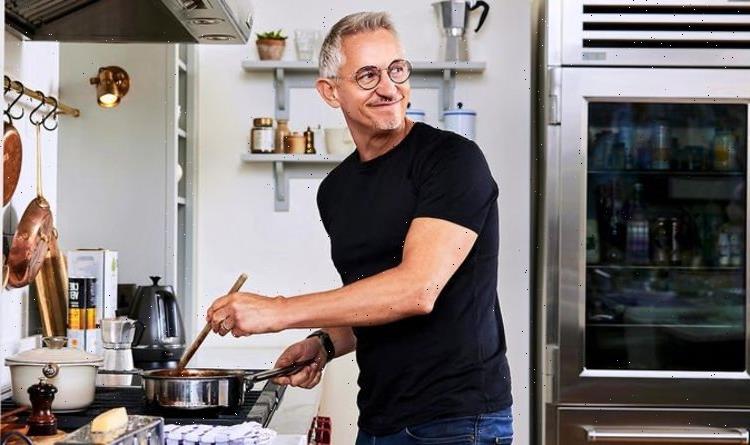 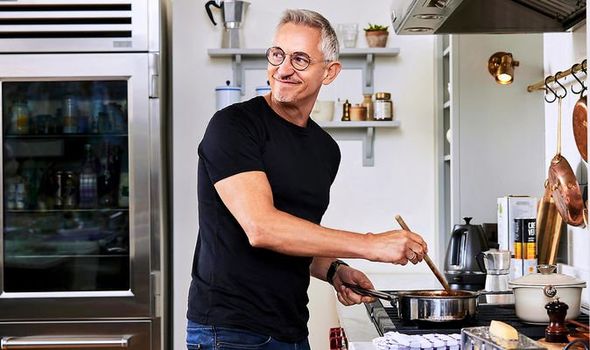 Though we should not expect to see the father-of-four pop up on Celebrity MasterChef any time soon, he says. “I started cooking when I became single again,” says the TV presenter, who split from second wife Danielle Bux in 2016. “I got fed up of sitting in restaurants on my own or getting takeaways and I thought, I’ll just learn to cook.

“I love it now. I’ll do anything, Indian, Chinese, Italian, English. I’ve studied it as well, online and reading books. I’ve worked hard at it and it’s become a real passion.”

While he’s tried his hand at a lot of things ‑ he’ll even take a turn as a quiz show host later this year with upcoming ITV show Sitting On A Fortune ‑ Gary says a career as a celebrity chef isn’t something he fancies.

“No,” he says. “I’ve been asked to do cookbooks, I’ve been offered TV cooking shows, but I’d feel like a fraud. It’d be like someone who’s taken up football later in life and thinks he’s all right, but compared to the Michelin star guys? No. I don’t want to be a TV chef!”

Making the most of his single life, Gary says he’s “happy and relaxed” as he is, laughing: “I’m not on the look-out, like some weirdo!”

And with all he’s achieved, even a reputation as an amicable ex, Gary insists there are some things he’s “really, really cr*p at”, though explains what he’s got in bucket-loads is the ability to cope under pressure.

“I don’t get nervous,” says the star. “OK, I get nervous maybe watching Leicester City or England play, but as for being nervous myself when I’m on television or back when I played football? No.

“Genuinely, I just loved it. I love the big moment. We’re all different and mental strength was definitely always my biggest asset. I could deal with pressure.”

Which explains a lot. One of England’s greatest scorers of all time, Gary netted 48 goals during his eight-year international career. Only Wayne Rooney and Bobby Charlton scored more for their country.

If that wasn’t enough, he earned a squeaky-clean reputation through his 17 years in the English leagues, never sent off, never booked.

And while the million-dollar smile might make it seem like Gary hasn’t a care in the world, he says there’s one concern he and other footballers of his generation can’t ignore ‑ the potential for serious health problems that could be waiting in the wings.

A growing body of research suggests a worrying link between footballers heading the ball and neurodegenerative disorders, with studies on dementia showing ex-players are 3.5 times more likely to die with the illness than the general population.

Just recently former footballers Denis Law and Terry McDermott’s dementia diagnoses were confirmed publicly, and Gary was among 60 former players calling on football authorities to provide financial support for ex-players diagnosed with neurodegenerative diseases after their careers come to an end.

“I think it’s a concern for most footballers of my generation as we get a little bit older,” says Gary, who turned 60 last year.

“For me, I headed the ball a lot as a teenager ‑ a lot ‑ in training. Then I made a decision in my early 20s to stop heading the ball in training unless it was absolutely urgent, but I always used to think it was like getting hit on the head all the time if you’re doing it frequently.

“I used to watch central defenders, the goalkeeper would kick the ball miles in the air and they’d do 50, 100 of them on the bounce. That cannot be a good thing,” he says. “Would players have not played if they’d known? I don’t know. Footballers have passion.”

“I don’t think there’s much you can do, but I have the triannual full body check on all these things and so far, so good,” he says.

“As time progresses, science is incredible and hopefully they’ll come up with some fixes because those things, they’re dreadful diseases. Most players of my generation, we’re all aware of the numbers. You’d like to ignore it, but you can’t.”

After a tough 18 months for everyone in the shadow of the pandemic, not to mention a full-on summer of sport which saw Gary front the BBC’s coverage of an eventful Euros, there’s plenty to reflect on from the fallout from Covid to the huge impact made by Gareth Southgate and the England team, both on and off the pitch.

“I think sport has come into its own over the past 18 months,” says Gary. “I’m proud of what football has done, and how the young players have done so much. Normally every four years we get the old, ‘Footballers could learn so much from the Olympians’ and I think it’s the first time in my lifetime where that’s not been the case.

“I think people have seen how impressively the footballers have handled things both on and off the pitch.

“During lockdown and this period, football has got the respect and reverence it deserves for the other side of things that it does. Yes, they get paid extraordinarily well, but these are working-class lads and they remember their communities and where they come from.”

And with his latest eyewear edit with Vision Express featuring six pairs of glasses handpicked by the star out now, Gary says discovering varifocals has been a big breakthrough for his work with Match of the Day. After a long time spent taking his specs on and off to switch between notes close up and the autocue in the distance, figuring out there was a fix-all came as a lightbulb moment.

“It’s made such a difference,” says Gary. “I don’t lose my glasses anymore because I’ve always got them on and it just makes life a lot simpler.

“It helps with the cooking too. I’m not constantly trying to find multiple pairs of glasses throughout the house. That makes things much simpler, and prevents me from being late.

“Same goes for my sunglasses. There have been times in the past I’ve resorted to wearing a pair of sunglasses over my reading glasses, so ridiculous. Now I have everything I need in one pair.”

With so much going on, Gary recently took a step back from one of his many jobs, giving up his role covering the Champions League with BT Sport.

“I wanted to free up my life a little bit so I can enjoy it as I get a little bit older, as I approach middle life,” he laughs. “I did it for six years, I loved it, but it was a lot of weeks and it was very tiring.

“There are lots of things I want to do that I haven’t done, whether it’s travelling or doing things with the boys ‑ although I’m not sure they’d agree!”

Just weeks away from his 61st birthday, the star says he feels lucky with his lot, and is glad he’s still able to enjoy the light-hearted comradeship he enjoyed in his days on the pitch through his work on Match of the Day.

“It’s one of those things that’s difficult about finishing football, regaining that camaraderie you get in a dressing room,” says Gary.

“We sort of have that. It’s a smaller dressing room but we still have that football banter, the mickey-taking and a lot of fun. Football should be fun. Sport should be fun and I feel incredibly fortunate to have managed a lifetime in sport – and football in particular.

“It’s something I would have watched anyway, so to have been a player and now to present football, I’m totally aware of how lucky I’ve been.”