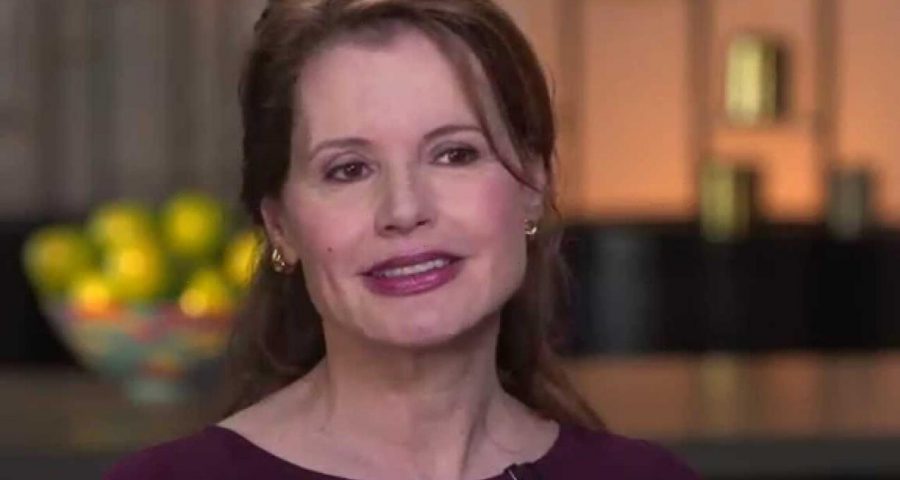 The ‘Thelma and Louise’ actress opens up in a new interview that she struggled to find her place among her peers at school as a child because of her tall stature.

AceShowbiz –Geena Davis would rather be short as she struggled to fit in because of her height. Opening up about the insecurity she had with her height when she was younger, the “Thelma and Louise” actress, who started her career as a lingerie model, confessed that she felt like a misfit as she was taller than her school colleagues.

“I was tall from a baby. I was always the tallest kid in class, male or female, right up until senior year. And I found it very stressful to stand out so much, because the last thing I wanted to do was stand out,” she told The New Yorker.

“It’s not like kids teased me – I just felt it. I didn’t fit in. But everybody has their thing in high school, their personal torture.”

The former Victoria’s Secret model, who stands at 1.83m (6 foot) tall, said she would often go to extreme measures to make herself appear smaller. She added, “Well, my mom knew from early on that I was going to be extremely tall, and she was on me from the beginning to not slouch my shoulders.”

“Before I even would have thought of slouching my shoulders, she was, like, ‘You have to stand up straight.’ And so I would find ways to curve my hips out, which would maybe make me a little shorter, or perch on things. But I really wanted to be small.”

Geena later grew into herself and credited her height for her acting career as it helped her land a role in the 1982 comedy film “Tootsie“.

She said, “I didn’t ever become famous as a model. My one magazine cover was New Jersey Monthly, and you couldn’t see my face – I had a huge hat on. But that didn’t matter, because, when they were casting ‘Tootsie’, the role that I ended up playing needed to be in her underwear in a couple of scenes, and they thought, ‘Well, let’s just check if there are any models who can act.’ And my agents said, ‘Yes, we have one!’ “