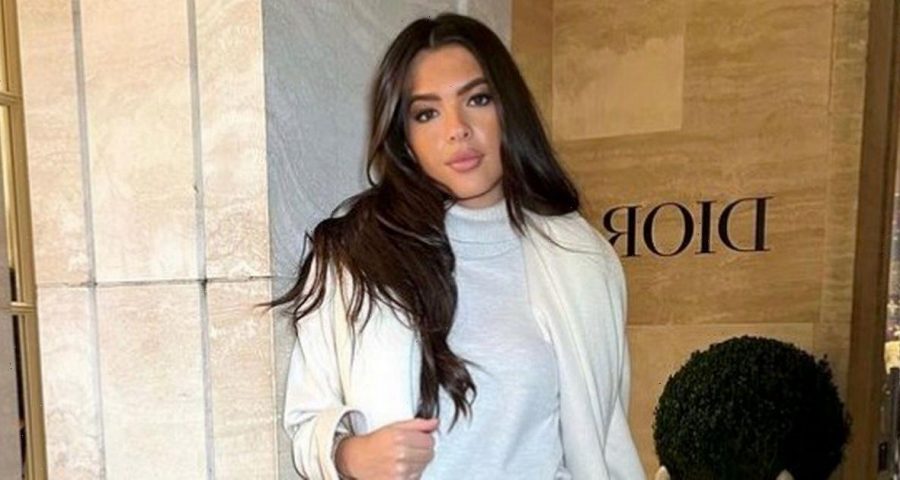 Gemma Owen could be making a return to our TV screens on her own following her split from Luca Bish.

The reality TV stars met and fell in love on Love Island this summer, and came second to winners Ekin-Su Cülcüloğlu and Davide Sanclimenti.

Sadly, the romance was short-lived and the pair announced they had decided to call it quits on their relationship less than three months after leaving the villa.

Now the 19 year old equestrian is carving out her own reality TV presence away from her ex Luca, 23, as she spoke about her plans with Goss.ie.

"We’re in talks of potentially having my own TV show which would be really exciting," the PrettyLittleThing brand ambassador shared at the company's Christmas party.

"Nothing is confirmed yet, but I’d definitely like to be back on TV soon."

Recently, The Sun claimed that Gemma, who is Michael Owen's eldest child, was already being approached to star in a series about footballers' daughters.

OK! has contacted a representative for the star for comment.

Gemma is looking ahead to new projects and moving on after her break-up last month, which came days after she and Luca holidayed in Dubai together with Gemma's mum, dad and siblings.

"These last few weeks, as going through any break-up, it’s not nice. It’s not a nice time," Gemma shared.

She also said it had been hard having to "deal with the press and other people's opinions".

Gemma added it had been "challenging" because people think "they know what's going on when they don't" between the former couple.

Sharing the news of their break-up with a statement on her Instagram stories last month, Gemma broke the news before her former beau.

"I wanted to let you know that Luca and I are no longer in a relationship. It wasn’t an easy decision but ultimately this is what is best for both of us right now," she began.

"Many of you have been on this journey with us from the beginning and I want to thank you for your continued support as a new chapter starts."

Hours later, fishmonger Luca released his own statement and told followers he'd turned his phone off so he could process the split in private.

"We will remain good friends and I wish nothing but the best for her," he added.