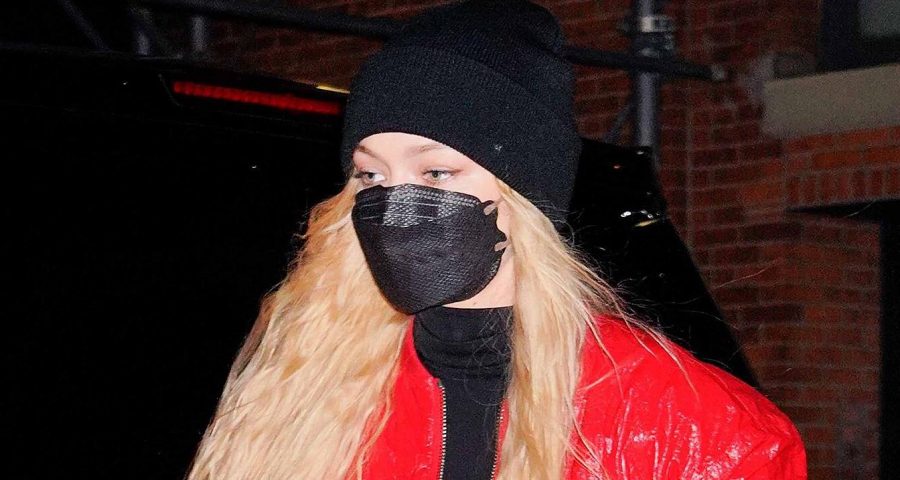 Twice is just as nice — Gigi Hadid just stepped out in yet another dramatic hair change, her second in just one week.

On Monday, the model was spotted leaving a photoshoot in New York City with sister Bella Hadid, sporting long blonde hair. She wore a black knit hat over her new tresses, along with a matching black face mask and a shining red jumpsuit over a black turtleneck. The new hair color was a marked change from the auburn shade (and bangs) she had last week in a set of Instagram photos.

Along with the photos, Hadid had teased a new collaboration between H&M and Ib Kamara, due to launch in the U.S. on Dec. 16.

It's unclear whether or not her new blonde hair was simply a temporary change for a photoshoot, but either way, we'd love a hairstylist rec, Gigi.