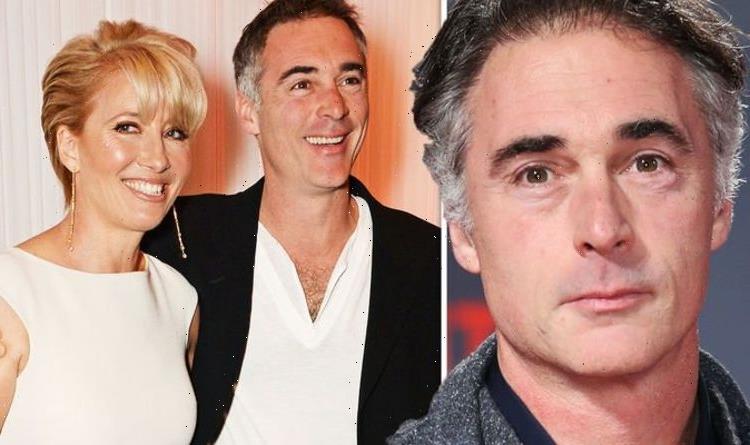 Actor Greg Wise has told how his debut on Strictly Come Dancing has seen his first holiday in seven years with actress wife Dame Emma Thompson get cancelled. The Sense and Sensibility star was named as the 10th celebrity contestant on the popular BBC dance show, but has since revealed how his commitment to the programme has impacted his plans with Emma.

Addressing the moment he told his wife Emma about the show, Greg revealed that she initially branded him “mad” for turning it down.

Greg said: “I told my dear lady wife when they’d asked me and I said no, and she said ‘you’re mad, you’ve got to do it!'”

The star went on to admit that they’d both been looking forward to spending quality time together during a break in the Nanny McPhee actress’ busy schedule.

He went on: “She’s [Emma’s] been filming since January, she’s made three films back to back.

“We were going to have our first holiday in seven years together,” Greg revealed.

However, by agreeing to do Strictly, their holiday plans soon went out the window.

He continued: “Over the space of a five minute conversation, the entire autumn was kicked into the long grass.

“And here I am, and she’s thrilled because she’ll be able to relax and support me and watch every Saturday night,” Greg said of his wife of 18 years.

Speaking about his reason for doing the show, Greg explained that it has been five years since the tragic death of his sister Clare Wise from cancer.

He said: “I was asked and I thought, ‘no, I absolutely can’t do it’, and then I thought about it.

“It’s almost exactly five years ago that my sister died, [it] will be the first day that we do our routines.”

Greg went on to share how his sister loved Strictly and dancing, which spurred him on to take the plunge.

“My sis was a real disco diva,” Greg admitted, befor continuing, “she was the dancer in the family and she left this world in a glitterball coffin.

“And as this show is all glittery and diva-y and disco-y I thought I have to do it for her.”

However, the Effie Gray star revealed that he wasn’t taking to the dance floor without trepidation.

Greg said; “I’m probably most nervous about hurting myself because I’m very very accident prone, most of my fingers are broken.

“I do tend to fall off things and trip over things, so I’ve just got to be very aware of all of that and be on my best behaviour.”

Strictly Come Dancing starts Saturday at 7.45pm on BBC One.