Hailey Baldwin is icy hot in a new Victoria’s Secret campaign, showcasing her stellar figure in a cool winter scene.

Hailey Baldwin is sexy in the snow! The 25-year-old posed for a new campaign for Victoria’s Secret, showcasing her amazing figure in a matching bra and underwear set. The model was photographed posing for a few sexy shots for the campaign, showing off the multi-colored floral push-up bra and matching panty as she played around a “snowy” landscape. Hailey paired the look with adorable light pink moon boots as she frolicked around, also wearing her light brown locks down and lightly tousled. 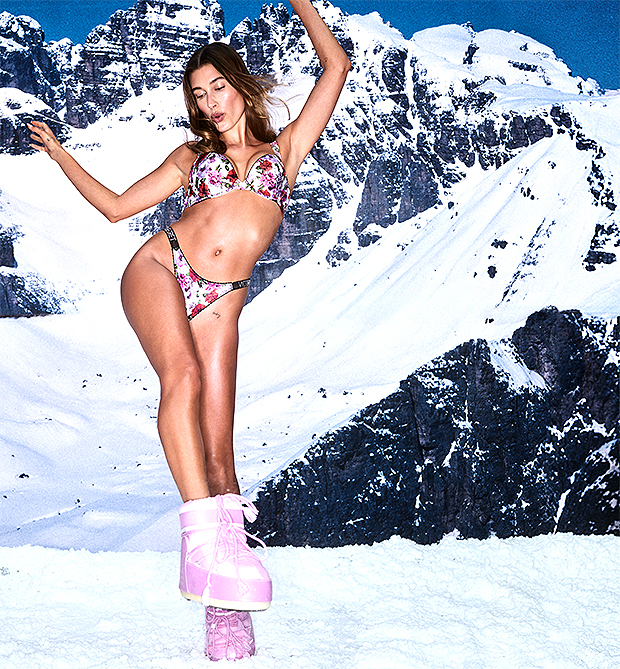 Hailey is no stranger to a hot bikini pic! The model shared a photo dump earlier in December 2021 from a recent vacation she took with husband, Justin Bieber, 27. In the series of photos, which included various shots of the island locale, Hailey also donned a burgundy swimsuit by Gonza. She added a sheer patterned cover up in the same color family over top the tiny “Helena” style top and bottom as she posed on a beautiful beach, adding a red-and-white checkered bucket hat for some early 2000s vibes.

Justin also popped in to the photo series, sweetly giving Hailey a kiss on her cheek in one photo. His face and hair appeared to be wet from the pool or ocean, while Hailey’s makeup free skin and perfectly shaped brows glowed in the closeup. 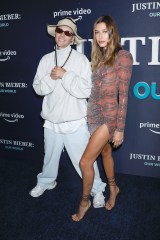 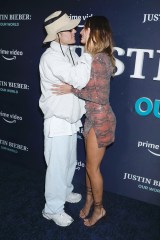 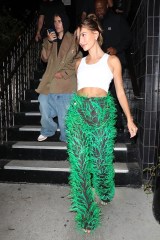 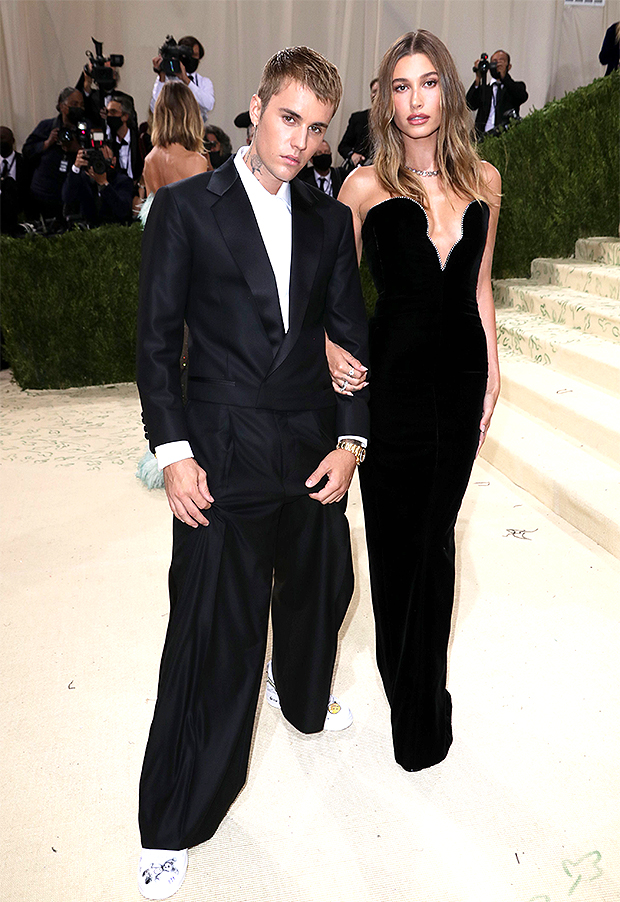 The latest Instagram update came just a few days after the model opened up about starting a family with her hubby. “I literally know zero about being a mom, but I do want kids one day,” she said to friend Rosie Huntington-Whiteley on her YouTube talk show Who’s in My Bathroom?

Moreover, Justin has seemed to be keen on starting a family himself, hinting at the sentiment in his Amazon Studios Prime Video documentary Justin Bieber: Our World. “My intention for 2021 is to continue to set goals and have fun while doing them. Make sure I put my family first and hopefully we squish out a nugget,” Justin candidly said to the BareMinerals model before his New Year’s Eve 2020 concert. “In 2021?” Hailey questioned as Justin clarified he meant he wanted to “start trying” at the end of the year. “We shall see,” she trailed off.