Turnabout is fair play, right? Weeks after conservative troll Candace Owens blasted Harry Styles for wearing a dress, the singer shaded her with the use of a frilly suit and a suggestive banana.

“Bring back manly men.” That’s all that Harry Styles wrote when posting a pic from his Variety Hitmaker of the Year photoshoot to his Instagram on Dec. 2. The caption wasn’t Harry, 26, mocking his dress, as the “Golden” singer is proud of his “gender-agnostic portfolio,” per Variety. No, the comment was him mocking Candace Owens, the conservative commentator who claimed that Harry wearing a dress on the cover of Vogue was an “outright attack” on society, and begged for the world to “bring back manly men.” Harry trashing Candace’s comments – while also eating a banana – left his fan living for the shade.

“HARRY STYLES SHADING CANDACE OWENS IS EVERYTHING TO ME,” one fan tweeted. “harry styles deciding to end candace owens career with a single ig post.” “what harry said: ‘Bring back manly men’ what he meant: ‘f-ck you candace owens.’ “harry styles just dragged the fuck out of candace owens.” “HARRY STYLES WAS ONLY 26 WHEN HE ENDED CANDACE OWENS.” “It’s the way Candace owens really thought she did something by tweeting shit about harry wearing a dress but look at how he is shading her by posting a picture of him wearing a feminine suit with the caption ‘bring back manly men’ I’m so embarrassed for her.” 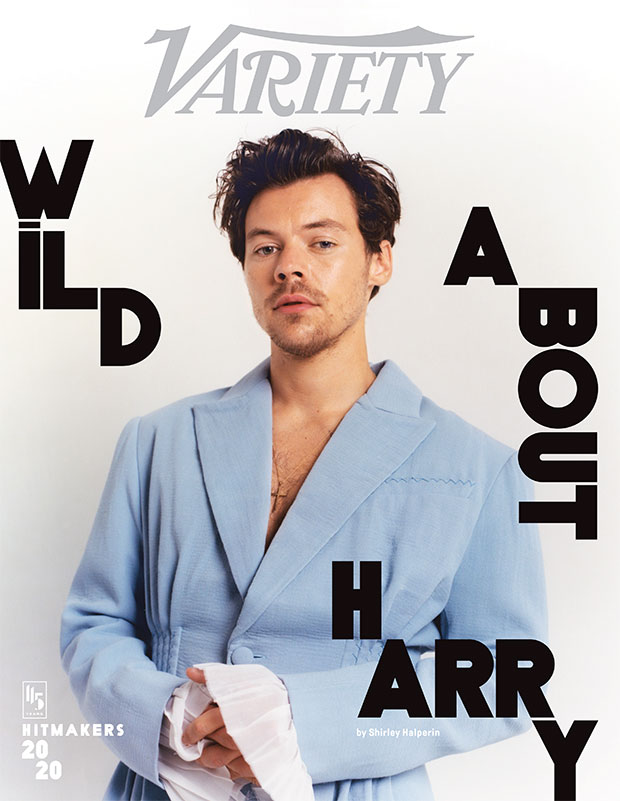 “To not wear [something] because it’s females’ clothing, you shut out a whole world of great clothes,” Harry said to Variety when discussing his fashion sense. “And I think what’s exciting about right now is you can wear what you like. It doesn’t have to be X or Y. Those lines are becoming more and more blurred.”

Candace — who, lest anyone forgets, defended Nazi Germany in 2019 by saying that Hitler only “wanted to make Germany great and have things run well” — got on the bad side of every Harry Styles fan ever by mocking his Vogue cover. “There is no society that can survive without strong men,” she tweeted, seemingly thinking that a gender-bending pop star somehow erased masculinity off the planet. “The East knows this. In the west, the steady feminization of our men at the same time that Marxism is being taught to our children is not a coincidence. It is an outright attack. Bring back manly men.”

The comment drew criticism from celebrities (“Masculinity alone does not make a man,” tweeted Elijah Wood) and others who explained the concept of “masculinity” has shifted over time. Even Logan Paul defended Harry. “Is manly being comfortable in your own skin and being comfortable with who you are, regardless of what you’re wearing?” he said. Candace – hinting that her attack could have been just your run-of-the-mill homophobia – brushed off these historical examples by calling them “stupid.”