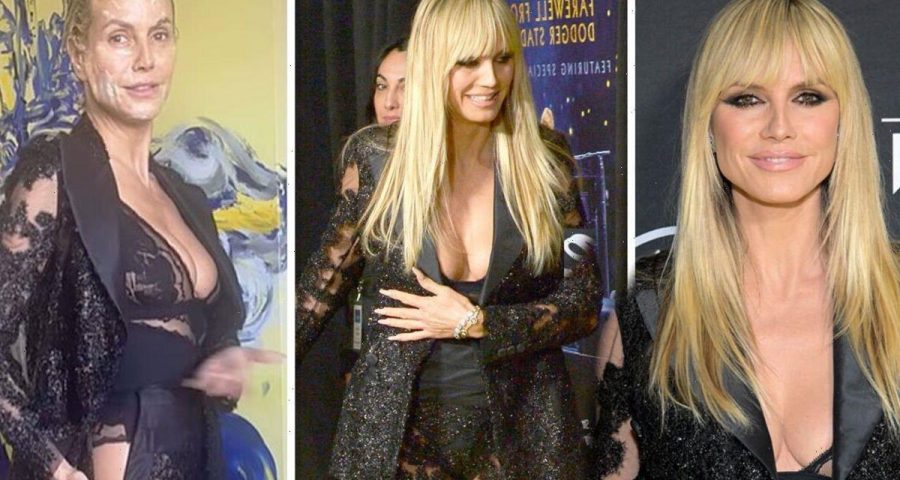 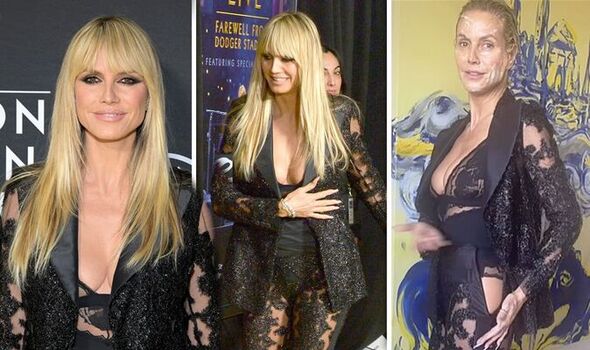 Heidi Klum has proved that even stars like her can suffer last minute wardrobe disasters as she exposed her own trick on Instagram this week.

The America’s Got Talent judge had been preparing for a night out with her husband Tom Kaulitz, when she realised her outfit was too small.

Thankfully for the model, she was with her stylist Yannik Zamboni, who came to her rescue.

Heidi filmed her friend talking her through what needed to be done to the glamorous black suit, in order for her to wear it comfortably.

In the clip, he could be heard saying it needed to be stretched by two inches in order for it to fit.

With the help of an elastic, the 49-year-old’s pal sewed her trousers to her pants, which was then covered by her blazer.

Heidi talked her fans through his plan in a video shared with her 10.2 million followers.

She later put the mishap behind her and was seen smiling confidently alongside her spouse at the Disney+ Elton John Live: Farewell From Dodger Stadium event.

In one snap, the couple who married in 2019, put on a loved-up display as they kissed for the cameras.

Heidi Klum’s preparation for night out