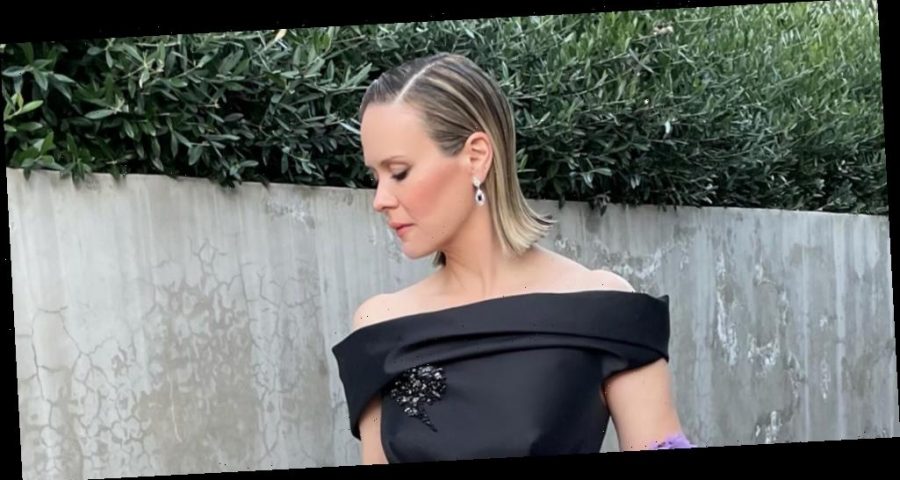 During the 2021 Golden Globes over the weekend, fans noticed that nominee Sarah Paulson was wearing a cast.

The purple cast that was wrapped around the 46-year-old actress’ right arm, and was adorned with Prada‘s nameplate to match her custom, off-the-shoulder, black Prada gown and Harry Winston jewels.

Sarah, who was nominated for Best TV Drama Actress for her role in Ratched, was apprrently injured on the set of American Crime Story, Vogue reports.

There are no additional details about Sarah‘s injury so far, although the star was icing her wrist just a day before.

American Crime Story is a new series from Ryan Murphy and follows the retelling of President Bill Clinton’s impeachment and relationship with Monica Lewinsky, who will be played by Beanie Feldstein.

You can see the latest photos of Sarah as Linda from the set on JustJared.com here!