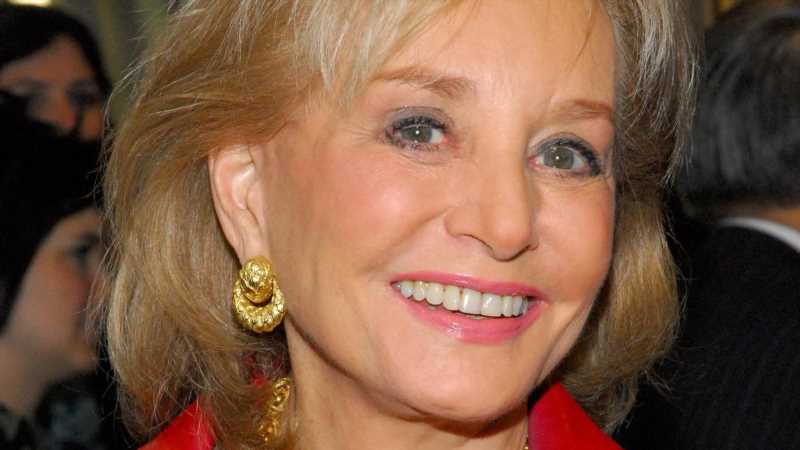 “The View” is a mainstay of daytime television and has been one of the most-watched series for the better part of its 24 years on ABC. A revolving series of hosts has made it one of the most eclectic, controversial, and hottest places to speak about politics, entertainment, and women’s issues, all stemming from a germ of an idea crafted by Barbara Walters. The series is currently hosted by moderator Whoopi Goldberg, Sunny Hostin, Joy Behar, Meghan McCain, and Sara Haines. A who’s who of celebrities and political mouthpieces have sat at the Hot Topics Table to share their points of view since 1997.

Barbara did not initially plan to create this type of talk show. She was better known as a news journalist who asked tough questions for ABC’s “20/20.” She also hosted her own series of prime-time specials. Daytime television, once dominated by soap operas and game shows, would not ideally be a place for Barbara to thrive until a chance discussion led her to create a blueprint for a type of talk show.

So how did Barbara Walters create “The View?” You’ll be surprised to learn where the idea came from.

The idea for The View came from Barbara Walters' daughter

Barbara Walters said the idea for “The View” came from a talk with her daughter, Jackie. In the book “Ladies Who Punch: The Explosive Inside Story of The View,” Barbara reportedly told her longtime producer Bill Geddie that she had enjoyed a lively discussion with her daughter, who was then in her late twenties, and it gave her the germ of an idea. She told Bill that Jackie’s worldview was completely different than hers. She believed a show could be created where women from different generations could gather together to discuss important topics.

“I’ve always wanted to do a show with women of different generations, backgrounds, and views,” she said during voice-over in the first seasons of the series, per The New York Times Magazine. The idea came to fruition when ABC’s programming heads came to Barbara for an idea to fill their 11:00 am slot, which was right in the middle of morning talk and game show programming, and before the afternoon news.

The View was not the show's original title

“The View’s” original title was “The View from Here” (per TV Line). The title was created by Barbara and producer Bill Geddie, who liked the idea of using the word “view” to piggyback off of Barbara’s idea of women having different viewpoints. According to “Ladies Who Punch,” a show in Canada already went by that same name, so Barbara and Bill went with an abridged version that stuck. The original cast consisted of Debbie Matenopoulos, Star Jones, Joy Behar, Meredith Viera, and Barbara Walters.

The daytime series made its official debut on Aug. 11, 1997, in the studio where the defunct ABC soap opera “The City” was taped (via TV Line). The first celebrity guest on the series was actor Tom Selleck, a longtime friend of Barbara’s who claimed he only did the show “because Barbara asked.” The mid-August premiere was intentional so that “The View” could get ahead of the fall daytime television premieres and would already have a foothold with viewers before the regular fall programming began.

There have been almost two dozen co-hosts

In all the years “The View” has been on the air, there have been a total of 22 co-hosts. These included Barbara Walters and the original lineup, as well as others like Lisa Ling, Elisabeth Hasselbeck, Rosie O’Donnell, Rosie Perez, Raven-Symone, Candace Cameron-Bure, Paula Faris, Abby Huntsman, and Ana Navarro, to name several. During the show’s run, they have had hundreds of celebrity guests. However, there has been one who has topped them all in the amount of times they have appeared on the series. Former “Sex and the City” star Mario Cantone has kept the audience and the hosts in stiches over 132 times thus far (via TV Line).

“The View” has become a place where political talk is freely and openly encouraged. Political candidates from both sides of the aisle come to the series to make their case heard and at times, get raked over the coals by the co-hosts, who are known for asking tough questions and looking for honest answers.

No one thought The View would actually work

“The View” reportedly started as a “bet nobody thought would ever work,” said Ryan Lindenberg, Picture Start’s Executive VP of Production, to Variety. “When icon Barbara Walters created ‘The View’ she began a conversation that has not ceased in breaking ground, pulling in audiences and guests around the world and remaining a cultural juggernaut.” The show’s original formula, created by Barbara, continues to work in spite of the many personnel changes the series has experienced throughout its run. There continues to be women of different ages, at different points in their lives, with both similar and different political stances who come together and freely express their feelings.

The series has been filming remotely since the COVID-19 pandemic began and resulted in social distancing, but that hasn’t stopped the frank and lively discussions between the co-hosts, even when they can’t appear together in the studio.

Barbara's hiring of Rosie O'Donnell put the show on the map

Rosie O’Donnell was hired by Barbara Walters in 2006 as a way to get more viewers to tune in to the show. She was initially brought on board as moderator in place of Meredith Viera, who had exited the series. By this time, Rosie had ditched the carefully cultivated “queen of nice” personality from her own, wildly popular talk show. She allowed viewers to hear her real opinions on tough topics, including lobbing some direct hits at Donald Trump before he had political aspirations. She said he was not a self-made man but rather, a “snake-oil salesman on Little House on the Prairie” (via CNN).

Rosie O’Donnell exited in a very volatile way less than a year later, after an unforgettable and angry debate with co-host Elisabeth Hasselbeck. The confrontation came after Joy spoke about her feelings regarding President George W. Bush’s involvement in the Iraq War. Elisabeth fired back with her own remarks where she defended the then-leader of the United States. Their political commentary went back and forth for almost 10 unbearable minutes, the women put on a split screen by producers, who made their exchange look like an episode of the “Jerry Springer Show.” This exchange caused Rosie to quit, per Good Housekeeping.

Barbara Walters left the show behind in 2014

Barbara Walters left “The View” in 2014 after announcing her retirement from television journalism (via the Los Angeles Times). The network honored the veteran journalist’s five decades in broadcasting with a week-long celebration, and “The View” commemorated her departure for one week beginning May 12, 2014. Her last airdate on the show was May 16, where she was feted by all her former co-hosts.

Also appearing were Hillary Clinton, Michael Douglas, and Oprah Winfrey, who stopped by to tell personal stories about their friend and wish her a happy retirement. Oprah then introduced 25 female broadcast journalists from every news network — including Diane Sawyer, Robin Roberts, and Joan Lunden — all grateful for the path Barbara had carved for women in the journalism industry. “I was teary,” Barbara Walters told ABC News after her final appearance on the show she founded 17 years ago. “But I wasn’t going to cry because I was really very happy.”

Where is Barbara Walters now?

At the 2019 opening night of the Broadway show “The Sound Inside,” Rosie O’Donnell spoke to Us Weekly about her former boss. “I don’t think she’s up to speaking to people now. I think she’s a wonderful woman, and it’s hard to age in America, never mind if you’re internationally famous,” she said of the esteemed newswoman and why she was no longer a public figure.

In February 2020, former “View” host Jenny McCarthy told Us Weekly that she had heard her former boss’ health was not good. Jenny spoke of Barbara Walters’ tenacity and strong will. “That woman is a juggernaut that’ll just keep going no matter what,” she exclaimed. Barbara’s Twitter has not been updated since September 2017, when she retweeted a message from “The View” which wished her a happy birthday. She shared her last post on Instagram in 2015 where she surprised a fan with a selfie.

OK Magazine! alleged Barbara Walters is using a wheelchair has not been seen in public due to a diagnosis of advanced dementia.