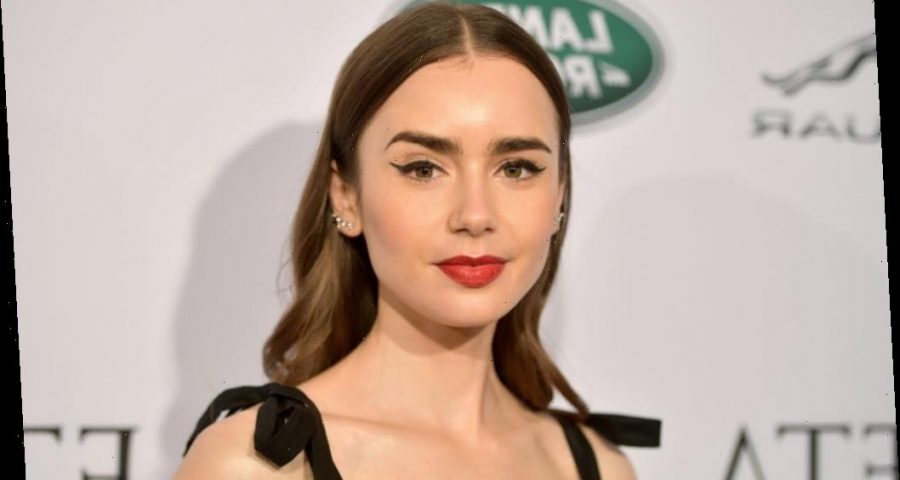 Lily Collins knows a lot about being in the spotlight. She’s Phil Collins’s daughter, drummer for the band Genesis, and a hugely successful solo artist in his own right. After watching her father navigate the highs and lows of fame, Lily still decided she wanted to get into acting. Now with a successful career and a slew of awards under her belt, Collins is making herself a household name. But she’s much more than just an actor and has found other ways of expressing herself — like with her tattoos. But just how many does she have?

What is Lily Collins famous for?

Lily Collins got her start in the business at just two years old. She was part of the BBC series Growing Pains. As a teenager, she won a Young Hollywood Award as one to watch. After that, her career started to skyrocket. She starred in The Blind Side, opposite Sandra Bullock, playing her daughter. Roles in Abduction and Mirror Mirror followed. She earned her first Golden Globes nomination in 2016 for her work in the romantic dramedy Rules Don’t Apply, but that wasn’t her biggest role that year.

Collins received rave reviews for her work in the Netflix film To the Bone. She portrayed a woman living with anorexia nervosa. The role wasn’t a stretch for Collins as she lived with an eating disorder for years. More recently, Collins portrayed Ted Bundy’s longtime girlfriend in the dark drama Extremely Wicked, Shockingly Evil and Vile. She also got her second Golden Globe’s nod for her work in the quirky Netflix series Emily in Paris.

Who is Lily’s boyfriend?

With her father always in the spotlight, Collins’s relationship with him suffered throughout the years. She released a book of her personal essays entitled Unfiltered: No Shame, No Regrets, Just Me. A Vanity Fair article claims that part of their issues was due to Phil Collins not always being around — he divorced her mother when she was only seven and struggled with alcoholism and infidelity.

But the star was able to move on from the past, “I forgive you for not always being there when I needed and for not being the dad I expected. I forgive the mistakes you made. And although it may seem like it’s too late, it’s not. There’s still so much time to move forward.” The good fortune didn’t stop there. In 2020, Collins shared that she and her boyfriend Charlie McDowell got engaged. The pair started dating in 2019, and since then Collins has gushed about him being a great dog dad and how lucky she is.

Does Lily Collins have a tattoo?

When Collins was on a trip to Korea back in 2016, she got a tattoo of a lily pad. Teen Vogue reports that the ink wasn’t just a reference to her name but a deeper meaning. “Flashing some back for #fbf, A beautiful keepsake from an incredibly memorable Korean adventure … Self-love is the most important kind.” But that wasn’t her first tattoo. She has a fairy princess under her ribs and the saying “Love Always and Forever” on her upper back.

The newer lily pad tattoo is just below the saying on her back — emphasizing her journey of self-love. Although each of her tattoos is meaningful and represents part of her journey and truth, that doesn’t mean it didn’t hurt. Collins was quick to point out that, “No pain, no gain.” While it might have hurt a bit, it doesn’t mean Collins won’t get another one anytime soon. Since she’s an artist and fond of expressing herself, it may be just a matter of time before she’s inked again.