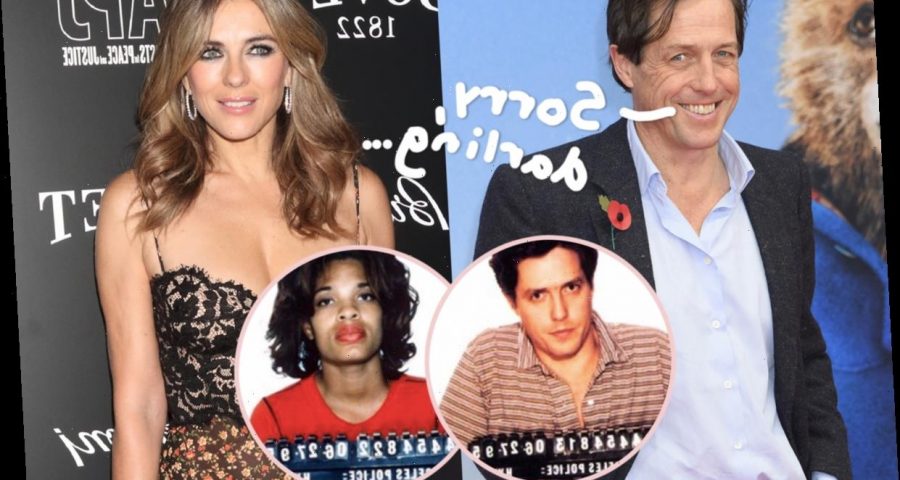 Hugh Grant has finally revealed the reason why he cheated on Elizabeth Hurley with a prostitute, just a little over two decades since they broke up.

And let us just say in advance, it’s a total d**k excuse.

In case you have no idea what we’re talking about, here’s a quick rundown of the notorious dalliance. In 1995, the Four Weddings and a Funeral star was busted on a charge of engaging in lewd behavior after getting caught with a prostitute on LA’s Sunset Boulevard.

In a Thursday episode of Marc Maron’s WTF podcast, the Brit confessed the infamous incident actually happened after he had watched himself in his bug Hollywood debut movie Nine Months. The film apparently made him super cranky because he felt his performance was so bad!

“The film was about to come out a week or two after that, and I had a bad feeling about it. I went to see a screening. Everyone in it was brilliant, but I was so atrocious that I was not in a good frame of mind.”

Hugh then said he had a “Ken Russell kind of lunch” and drowned his sorrows before “one thing led to another.” The next thing he knew, he was getting busted for paying Divine Brown $60 to perform oral s*x on him in his car.

So, let us get this straight, you hooked up with a woman who was not your amazing and lovely girlfriend… because you were pissed off about your acting skills? You got self-conscious and thought going on a hooker-filled bender was the solution?? For his transgression, the leading man was charged an almost $1,100 fine and ordered to attend an education program on AIDS. Following the arrest, Hugh released a statement that read:

“Last night, I did something completely insane. I have hurt people I love and embarrassed people I work with. For both things, I am more sorry than I can ever possibly say.”

Obviously the person he loved who got hurt the most was Liz Hurley, whom he’d been dating for EIGHT YEARS. In an interview with Barbara Walters, per The Guardian, Hurley said of the affair:

Surprisingly, the infidelity didn’t completely wreck their coupling as they stayed together until the year 2000. 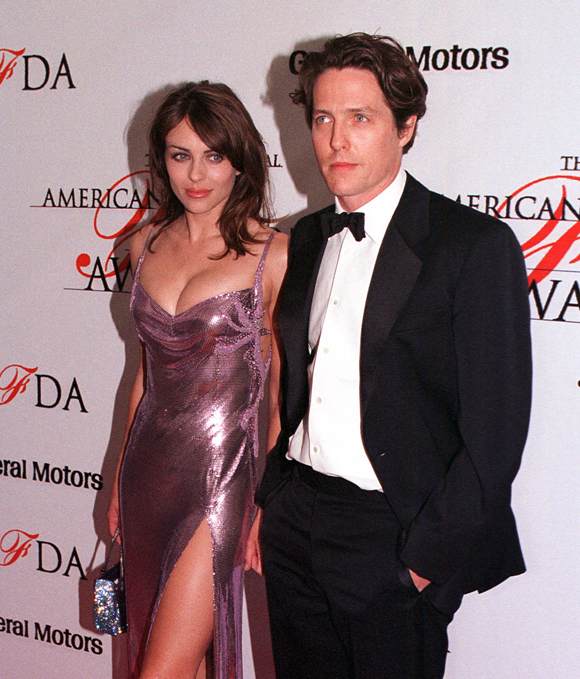 Despite the drama, the exes have actually remained good friends. In October, The Royals actress confessed to People that she still talks to her ex-flame a lot.

“I still go to him for advice on scripts, even though he’s very happily married with five children and I’m very happy in my own life, there’s still certain bits we crossover with very well. And asking advice about work, he’s still my go-to person.”

We don’t know if we would have been able to forgive him so easily. More power to you though, girl! Anyway, it turns out Hugh’s film at the time of the entanglement debuted at number 3 on the US box office charts, earning a whopping $138.5 million worldwide. The blockbuster also launched the London native into superstardom and found him rom com stardom in films such as Notting Hill, Bridget Jones’s Diary, and Two Weeks Notice. In the podcast conversation, he added:

“The film did alright at the box office, in fact, I think it did quite well, and that’s all Hollywood really cares about.”

No excuses, Hugh! OK, Perezcious readers, what are your thoughts on this tidbit from Hugh?? Sound OFF in the comments (below)!