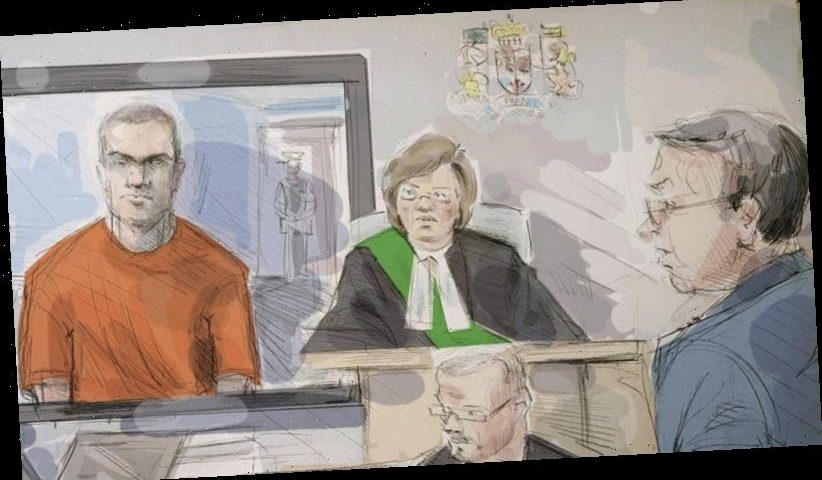 Toronto: A man who ploughed a rented van into dozens of people in Toronto in 2018 is guilty of murdering 10 people and attempting to murder 16, a judge ruled on Wednesday (Canada-time), dismissing a defence argument that the suspect’s mental disorder left him with no idea how horrific his actions were.

Alek Minassian, 28, told police he was motivated by a desire to punish society for his perceived status as an “incel” – short for involuntary celibate – because he believed women would not have sex with him. Minassian had pleaded not criminally responsible. 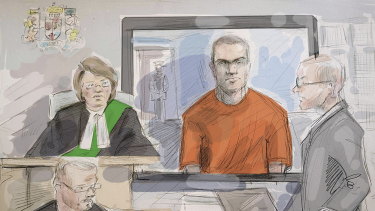 In a courtroom sketch from a 2018 hearing Alek Minassian is in orange. Credit:AP

But the defence failed to prove Minassian’s autism spectrum disorder deprived him of the capacity to know his actions were wrong, Judge Anne Molloy said in a verdict that was privately live-streamed on YouTube following a trial held virtually due to the pandemic.

Molloy referred to Minassian as “John Doe” to try to deny the accused the notoriety he said he desired.

“Mr Doe thought about committing these crimes over a considerable period of time and made a considered decision to proceed. His attack on these 26 victims that day was an act of a reasoning mind notwithstanding its horrific nature and notwithstanding that he has no remorse for it, and no empathy for his victims.”

“This case has in many ways and on many days been a struggle,” Molloy said. “This accused committed a horrific crime – one of the most devastating tragedies this city has ever endured – for the purpose of achieving fame.” 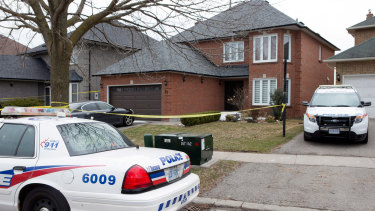 Police cars parked outside of of the Toronto area home of Alek Minassian in Richmond Hill, Ontario in 2018. Credit:AP

Minassian’s lawyer argued his autism spectrum disorder prevented him from knowing what he was doing was wrong when he drove the van into pedestrians on a crowded sidewalk.

The attack took place in April 2018 when Minassian drove a rented van down a busy pavement on a major street just north of Toronto, hitting one person after another. Those killed ranged in age from 22 to 94.

Molloy read out the names of the people Minassian killed and injured, listing their injuries: from fractured bones to bleeding brains.

“He had a functioning, rational brain, one that perceived the reality of what he was doing…. He chose to commit the crimes anyway. Because it was what he really wanted to do.”

The outcome was unsurprising given the evidence presented at trial, said Toronto criminal lawyer Daniel Brown.

“It’s not to say that others couldn’t avail themselves of a ‘not criminally responsible’ defence but in Mr Minassian’s situation, he simply couldn’t.”

First-degree murder carries a life sentence without parole eligibility for 25 years. The question now, Brown said, is whether the prosecution will seek to “stack” parole ineligibilities, for example so that 10 first-degree murder convictions render Minassian ineligible for parole for 250 years.