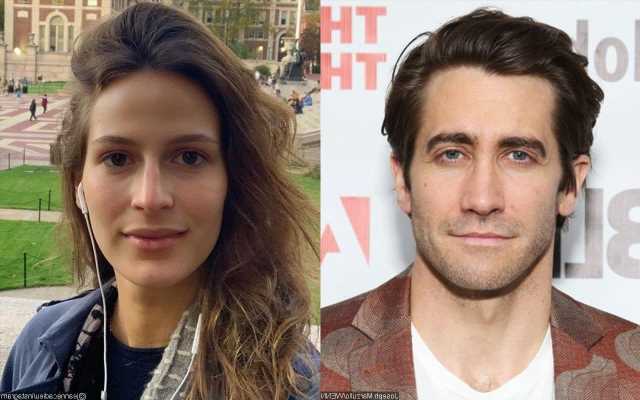 After making his romance with the French model red carpet official at ‘The Lost Girl’ premiere, the ‘Nightcrawler’ actor says that he wants to be ‘a good husband and father.’

AceShowbiz –Jake Gyllenhaal is apparently ready to start a family. After making his relationship with his girlfriend Jeanne Cadieu red carpet official at the premiere of “The Lost Daughter“, the “Nightcrawler” actor talked about getting married in a new interview.

When making an appearance in the Monday, October 4 episode of “The Howard Stern Show”, the 40-year-old star discussed the subject. When Howard asked the actor about being an entertainer, husband as well as a father, he replied, “That’s all I want is to be a good husband and a father…That really is what I want.” He added, “And now that I have fulfilled a lot of things in my career that I feel comfortable with, I can safely say that. I don’t know if I could have said that before.”

Jake, however, remained mum when asked if Jeanne is the one and whether they’ll walk down the aisle together. He replied, “There’s only so far I’ll go as, you know, in talking about it.” He then expressed his love for his girlfriend, “I love her so much. She’s such a good person.”

Of the potential marriage, Jake noted, “It’s a choice for both of us.” The “Brokeback Mountain” star further elaborated, “I mean, I don’t think she really enjoys, you know, all the other stuff,” seemingly referencing life in the spotlight.

“And so that’s part of the reason why I just adore her. And not at all the main reason but, you know, one of them,” Jake went on saying. The “Spider-Man: Far From Home” actor then added, “I mean, it was great to have her there.”

Noting his family is close to Jeanne, Jake said that his girlfriend wanted to be at the premiere to support his sister, Maggie Gyllenhaal. “My sister grabbed her, pulled her on that red carpet, which I think neither of us are really inclined to, you know, go on — even me,” he shared. “And to be there to support my sister was what we’re there to do and I was like, ‘Oh yeah, this is family.’ “

Jake stepped out for the 59th New York Film Festival on September 28 with Jeanne. On the red carpet, the couple posed together with Maggie and her husband, Peter Sarsgaard. At one point, the “Prisoners” actor looked absolutely smitten as he held onto the 25-year-old French model’s waist.