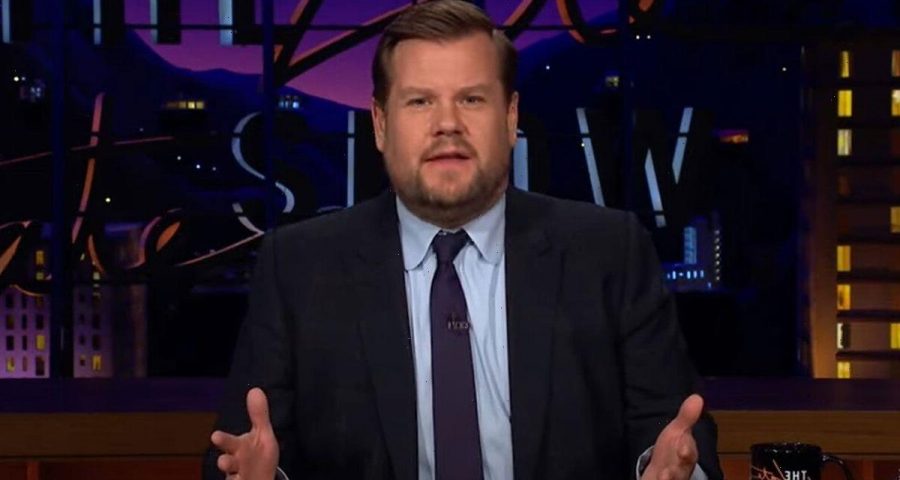 James Corden says he 'regrets' being 'ungracious' to waiter

James Corden has said he “deeply regrets” making a “sarcastic and rude” comment towards a staff member at Keith McNally’s eatery after previously claiming he did nothing wrong. On The Late Late Show yesterday, the 44-year-old said his parents, who were sat in the audience, urged him to explain what happened to viewers.

He then began by saying he had considered tweeting about the moment, but preferred to adopt a “British attitude” and “keep calm and carry on, never complain, never explain”.

The host then pointed to his parents as he continued: “As my dad pointed out to me on Saturday — he said, ‘Son, well, you did complain, so you might need to explain’.

“Look, when you make a mistake, you’ve gotta take responsibility. So I thought I would, if it’s okay, share with you what happened.”

James went on to say that the restaurant messed up his wife’s order and brought food over that she’s allergic to.

Following this, he said in “the heat of the moment” he made a “sarcastic rude comment about cooking it” himself.

He continued: “It is a comment I deeply regret. I understand the difficulties of being a server. I worked shifts at restaurants for years.

“I have such respect, and I value anyone that does such a job. And the team at that restaurant are so great. That’s why I love it there.’

“Because I didn’t shout or scream, I didn’t get up out of my seat, I didn’t call anyone names or use derogatory language, I’ve been walking around thinking that I haven’t done anything wrong.

“But the truth is, I made a rude comment, and it was wrong. It was an unnecessary comment. It was ungracious to the server.”

He claimed that James was “extremely nasty” to staff at one point and enforced a temporary ban on him visiting the chain again.

Keith then followed up his post telling fans the actor had “apologised profusely” for his behaviour and said he’d given him a second chance.

“He appreciated the call. I was happy that we got to clear the air.

“And I felt like we dealt with it privately… but by this point, the story was out there and more people were upset.”

He went on to say it was never his intention to hurt anyone and that he “loved ” the restaurant.

Since the incident, Keith has told fans he was “feeling really strange” about exposing James.

He said that while the presenter was rude to his staff, he “felt sorry for him”.

He is yet to delete the posts addressing James’ alleged behaviour.