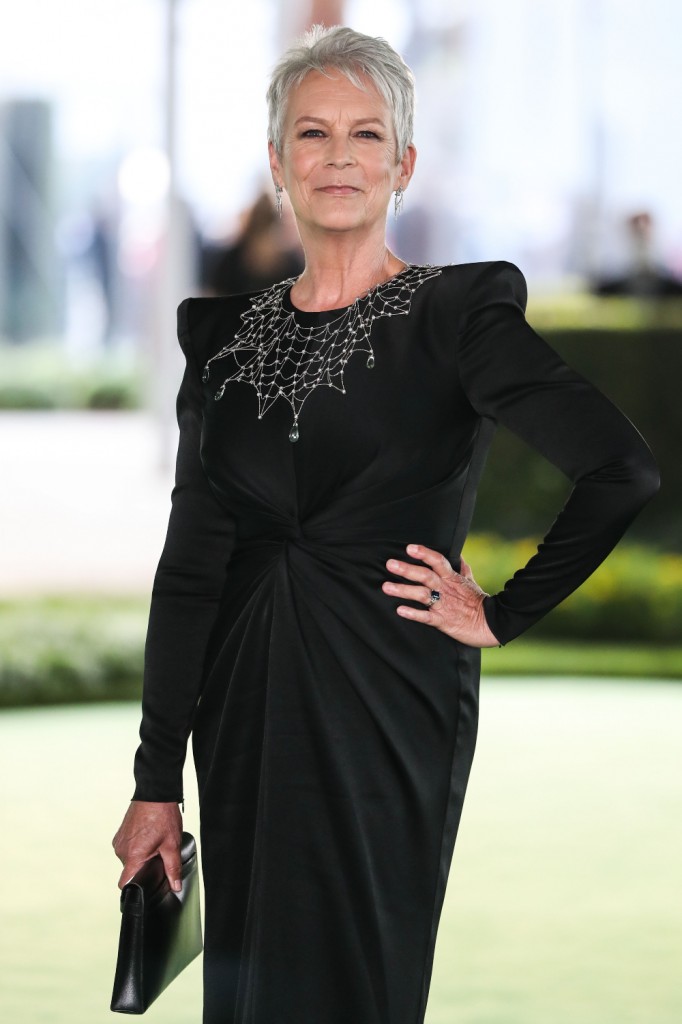 Jamie Lee Curtis’ latest installment in the Halloween franchise comes out October 15. It’s called Halloween Kills and it will be in theaters and streaming on Peacock. With Jamie’s return to the franchise and her popularity as a children’s book author, she’s experienced a very successful second chapter to her career. Part of her success, I feel, is that she was ready to walk away from Hollywood over a decade ago. Having watched her parents’ careers wither, she wanted to leave on her own terms. I think preparing for that mentally, forging the second career as an author, supplementing with a few spokesperson gigs, has allowed Jamie to dictate the terms of her trajectory at the age of 62. As a result, she doesn’t have to subject herself to the mandates of Hollywood, like certain roles or beauty standards. When speaking to Fast Company, Jamie said that trying to stay youthful with the help of plastic surgery is homogenizing women to the point that we’re being deprived of “generations of beauty.” Here’s that and a few other quotes as well.

On being a manager: Conflict resolution has always been tough for me. I’m the product of nine marriages in my direct family, and they involved a lot of conflict, so I avoid it. I’m a really good cheerleader. I’m a very good delegator. I’m firm and clear. Show-off business [aka show business] moves like molasses and I don’t understand it. On Monday morning, I ask for updates . . . I don’t hold meetings where I’m like, “Hi, everybody! How’s it going?” I want to get things done.

On plastic surgery: I tried plastic surgery and it didn’t work. It got me addicted to Vicodin. I’m 22 years sober now. The current trend of fillers and procedures, and this obsession with filtering, and the things that we do to adjust our appearance on Zoom are wiping out generations of beauty. Once you mess with your face, you can’t get it back.

On Social media: I use social media to sell things and amplify things I care about. Period. The rest is cancer. I never read one comment. I believe I can do my job and have a private life. I believe in the separation of church and state. I believe that I do not owe anybody anything once I’ve done my work. I am by nature a super-friendly person, but I also have a very clear boundary of what is appropriate and inappropriate for me to share.

[From Fast Company via Yahoo!]

I agreed with Jamie’s social media thoughts. I don’t mind people who like to post their lives but I believe in letting people like Jamie have their privacy if they want it. I appreciate her line about not owing anybody anything once she’s done her work. I wish people would remember that when celebs are out in the world. I’m not talking about celebs that are jerks to waitresses and baristas, they should still be decent people, but they don’t owe chunks of their personal time to uninvited fans. Later in that quote, Jamie said social media could be a great tool for activism but dangerous for younger people and their self-esteem. She likened it to, “giving a chain saw to a toddler,” which is a great analogy.

Jamie’s comments about generational beauty, though, were spot on. I live in LA, as you know. There are many, many beautiful people here. Once that beauty starts to fade, they chase it with plastic surgery. And they find a version of beautiful, but the beauty begins to homologize. I went to the symphony in Northern California and was shocked at all the beautiful matrons. Grey/silver hair, varying degrees of lines on faces, a few stooped backs, assisted by elegant canes. Obviously, they put money put into their appearance but not in the surgical way it is down here. But I’d been away so long, I was truly captivated by the tapestry of aged beauty in the hall. In LA, the rows of seats resemble a collection of cardboard cutouts with dyed hair, wearing different clothes but the same LA Face grinning back. 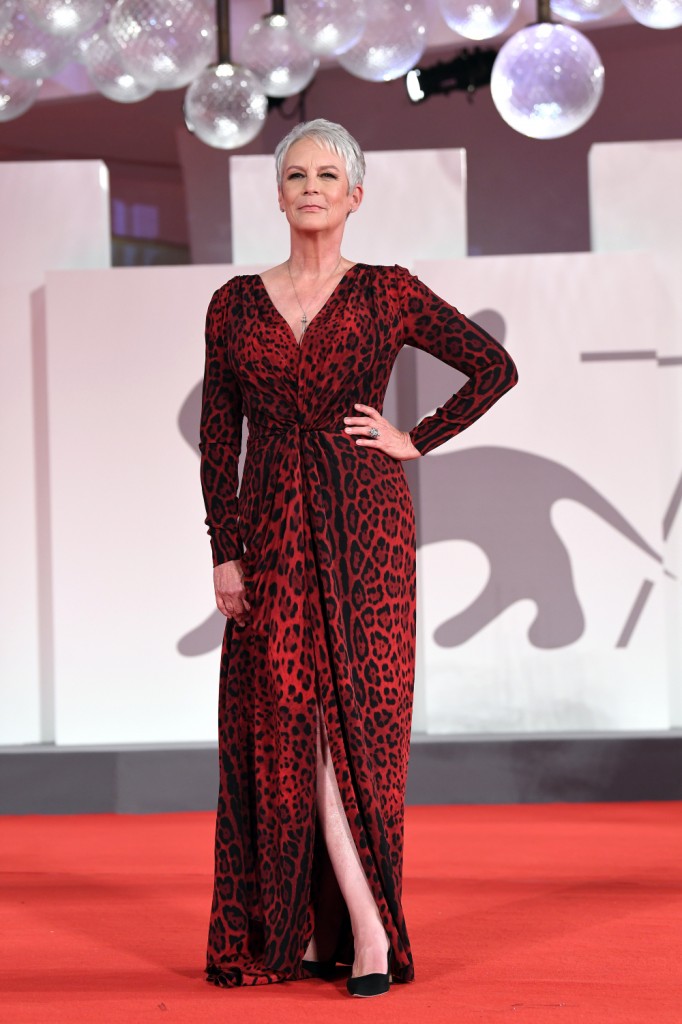 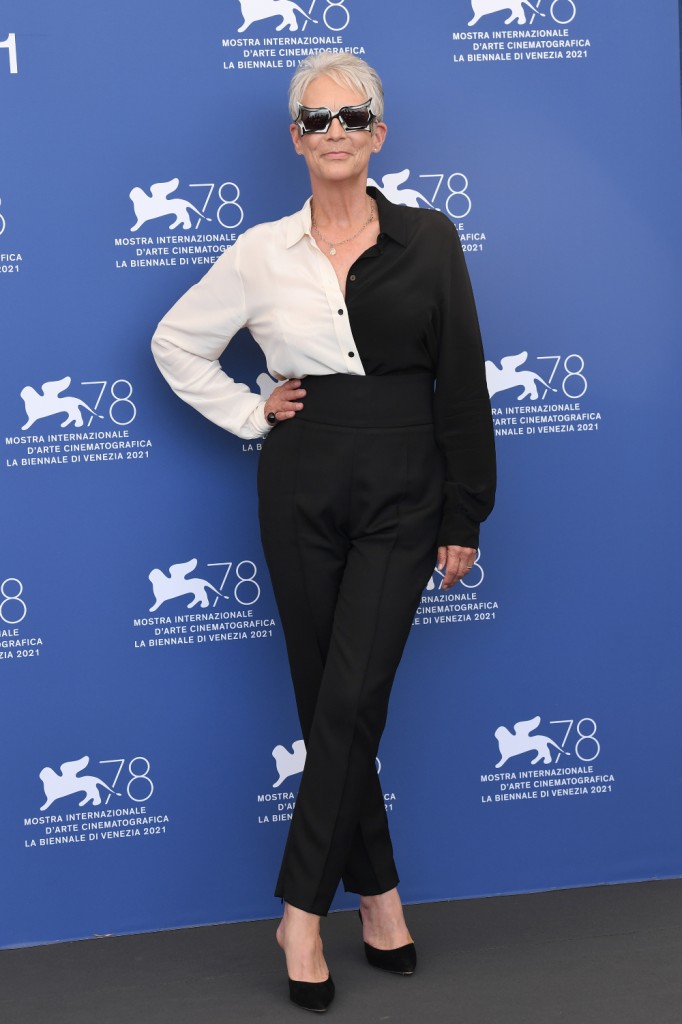 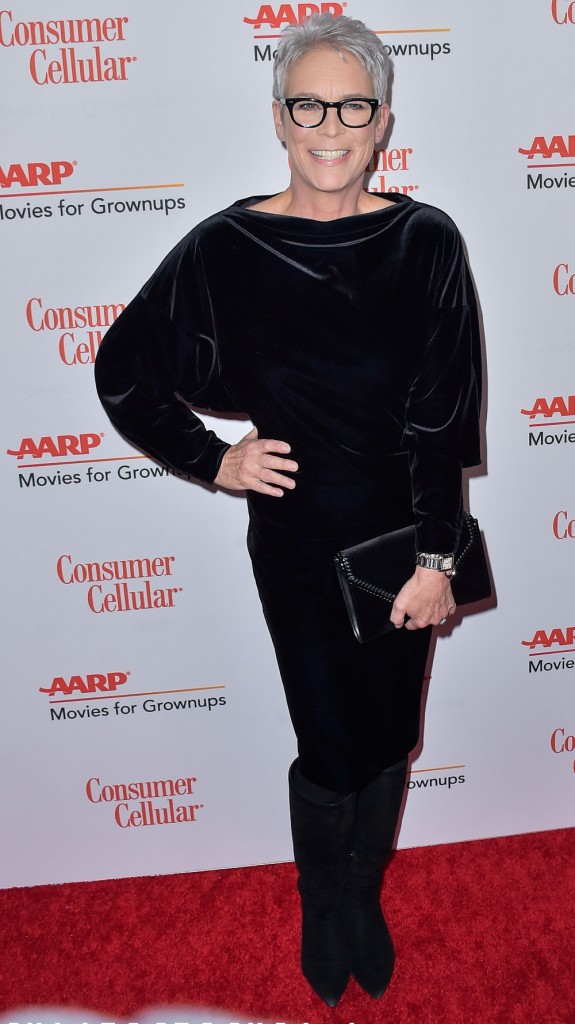