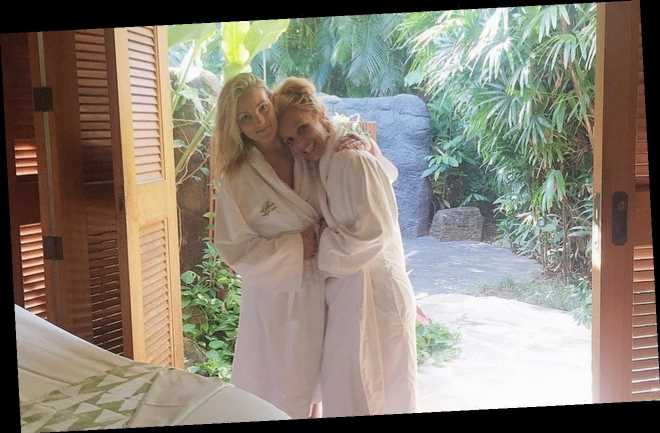 Britney Spears’ younger sister pleads with the press to ‘do better’ when it comes to reporting the debacle surrounding the pop star’s conservatorship following documentary release.

AceShowbiz –Britney Spears‘ sister has called on the press to “do better” amid the renewed scrutiny of the sexist tabloid treatment received by the pop superstar during the height of her fame and her infamous breakdown.

Fans have been rallying around the “Toxic” hitmaker ever since the recent U.S. premiere of Hulu documentary “Framing Britney Spears“, which highlighted the harsh judgment the singer was subjected to at every stage of her career, particularly after her 2008 meltdown.

It also examined her ongoing conservatorship battle with her father Jamie.

On Friday (12Feb21), Britney’s younger sister, Jamie Lynn Spears, weighed in on the controversy, as she shared a quote which read, “Everyone you meet is fighting a battle you know nothing about. Be kind. Always.”

Alongside the Instagram post, she wrote, “Dear media, try not to repeat the mistakes of your past. Look where that got us. Do better.”

Her comments emerged a day after her dad lost his battle to be appointed the sole conservator of Britney’s estate, with the Los Angeles judge ruling he will remain a co-conservator, alongside officials at the Bessemer Trust Co.

Jamie Lynn wasn’t the only star addressing the documentary news on Friday – Britney’s ex, Justin Timberlake, issued a public apology for the way he treated her following their 2002 break-up, admitting he “failed” in standing up for “what was right” and benefitting “from a system that condones misogyny and racism.”