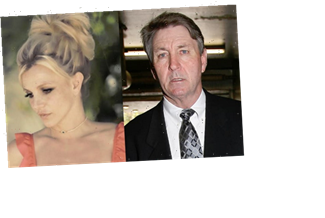 Earlier this year, Jamie Spears lost absolute control over Britney’s fortune due to the new co-conservator.

Considering Britney’s objections to how he spent her money, that was great news for fans and for Britney.

The sick twist of her (and any) conservatorship is that Britney has to pay for the privilege of being under her dad’s thumb.

And between his court battles against her and his conservatorship title, she may have to cough up $2 million.

One of those documents is a declaration in support of petition for order (what a mouthful).

The point of the document is to allow approval of a payment to compensate the conservator, his attorneys, and to reimburse all costs.

In total, costs and fees incurred by Jamie’s attorneys and other attorneys retained by those attorneys is nearly $2 million.

And then there is Jamie’s compensation for his role as conservator.

Now, I’m no big-city mathematician, but even without the attorneys, that comes out to $18,000 per month for 16 months.

That’s about $288,000 just for the privilege of her father’s stranglehold on her life and life decisions.

And then, of course, there’s the fact that Britney is apparently going to have to pay about what, seven times that for the attorneys?

Keep in mind, of course, that Britney also has to pay her own attorneys for this fight for her freedom.

In a just society, the bad guy would have to pay the victim, not the other way around.

To be clear, Britney’s legal fight at the moment isn’t an effort to end the conservatorship.

That is believed to be all but impossible to do, and Britney reportedly accepted this grim reality long ago.

She just wants what she has always wanted — an end to her father’s involvement in it. That’s it.

Just weeks ago, Britney’s attorney shared that he would file a petition to ask the court for a new, permanent conservator.

Jodi Montgomery has previously acted as a temporary conservator for Britney.

They now want that to be the case on a permanent basis, having Jodi replace Jamie.

It is unclear how successful this will be, as sadly, previous attempts to oust Jamie have not succeeded.

The next hearing will be on April 27 — less than four weeks away.

It is likely that the court may take a considerable amount of time to consider the petition after its filing, but it’s good to get the ball rollling regardless.

At present, the conservatorship that began in 2008 has been extended until September 3, 2021.

That sounds like a step up from a controlling father known for being feared and disliked by his own family.

In late 2020, Britney’s attorney told the court that Britney is afraid of Jamie.

One of Britney’s own sons called his grandfather a “dick,” and with good reason.

After the alleged attack in 2019, both of Britney’s sons have restraining orders protecting them from Jamie.

There has been some good news in Britney’s case.

Late last summer, the court ruled that Jamie would have to share conservatorship powers with Bessemer Trust.

Additionally, earlier this year, the court confirmed that Jamie and the new co-conservator would share investment powers — a blow to Jamie.

She admitted that she felt humiliated by what little she saw of her portrayal, and that she “cried for two weeks” after its release.

Some fans cried foul and accused her team of writing that, but TMZ reports that their sources say that Britney wrote it herself.