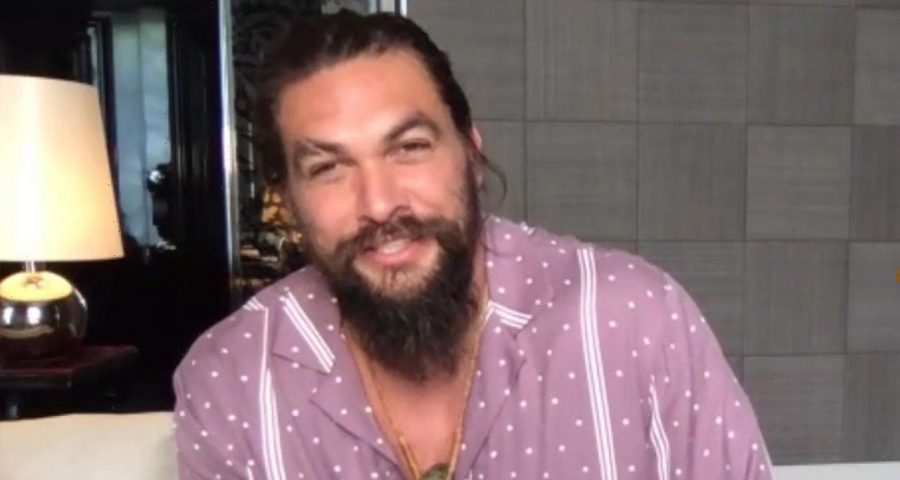 Like father, like kids? In the case of Jason Momoa, he’s hoping the apple falls very far from the tree!

Momoa recently sat down with ET’s Lauren Zima while promoting his upcoming Netflix thriller Sweet Girl — alongside his co-star Isabela Merced — and opened up about his kids’ possible futures in Hollywood.

Momoa, who also serves as a producer on the new Netflix thriller, is at a place in his career where he could possibly open some early doors for his kids. He admitted, however, that he’s hesitant to encourage that particular ambition.

“I don’t know. I’ll try my damnedest to keep ’em out of it,” Momoa said. “I love storytelling, I love theatrical things, I like directing and filmmaking, but I just want them to, you know, really to go for other things.”

Merced, 20, who plays Momoa’s onscreen daughter in Sweet Girl, explained that there’s more to the job of acting that many young performers don’t realize when they first dream of getting in front of a camera.

“There’s a lot of, like, extra stuff that comes with acting that you’re like, ‘I didn’t sign up for this!’ But you love it, so you gotta do it,” Merced shared.

As for his own growing ambitions in Hollywood, Momoa explained that he’s been working hard to branch out from simply acting and is taking on other creative roles behind the camera to feel satisfied.

“I’ve been directing for a while now, so it’s been a passion,” he said. “I love to see the full project, not just be in the one piece of it. But it’s nice also to just do the actor stuff. I’m happy I can do both.”