Here she comes! We couldn’t be happier and more excited for #jenniferlawrence to become a #MRS.. this weekend we toasted Jen and her groom to be.. too good of a time was had by all.

Here she comes! We couldn’t be happier and more excited for #jenniferlawrence to become a #MRS.. this weekend we toasted Jen and her groom to be.. too good of a time was had by all.

Jennifer Lawrence is slowly coming out hibernation. After oversaturating the market with movies, interviews and appearances, Jennifer was mostly taking a break last year and into this year. She stayed in New York for the most part, hanging out with friends and falling in love with an art dealer guy named Cooke Maroney. Cooke proposed to J-Law in February, and she debuted her emerald-cut diamond engagement ring at a Dior show shortly after the proposal.

We haven’t heard much about Jennifer’s wedding plans other than “it will involve family” and may take place in Kentucky, which is where most of Jennifer’s family lives (and where she grew up). Well… it looks like the engagement party was in New York though. Jen’s stylists Jilly Lincoln and Jordan Johnson posted the above Instagram of Jennifer’s engagement party look:

Jennifer Lawrence is practicing her bridal look. The actress, 28, celebrated her engagement to Cooke Maroney on Sunday wearing a long-sleeve blush gown from L. Wells Bridal ($2,300), a Roger Vivier purse, Fred Leighton jewelry and Aquazurra pumps ($750). Her hair was pulled back into a romantic bun with wavy tendrils left down.

It seems that Lawrence is a big fan of L. Wells — she previously wore a wedding dress by the designer in 2017 on the red carpet. It could be that she’ll choose the bohemian brand for her big day, though she is the current face of Christian Dior and likely to get something custom made if she goes the designer route. Her stylists Jill Lincoln and Jordan Johnson posted a photo of the bride-to-be in a candle-lit outdoor dining area. “We couldn’t be happier and more excited for #jenniferlawrence to become a #MRS.,” they captioned the photo. “This weekend we toasted Jen and her groom to be … too good of a time was had by all.”

I think it’s sort of cute that Jennifer and Cooke are keeping it traditional, with a real engagement party and perhaps a simple Kentucky wedding. It reminds me a bit of Chris Pratt and Katherine Schwarzenegger – first-time bride wanting all the traditional wedding stuff. I wonder if Jennifer really will ask Dior to make her wedding gown? It all depends, I think, on whether Jennifer would want the photos to become public. Like, if she wears bridal Dior, then she would totally give the photos to Vogue or post them social media. Also: I get the feeling that the wedding will probably be soon, right? Maybe June? 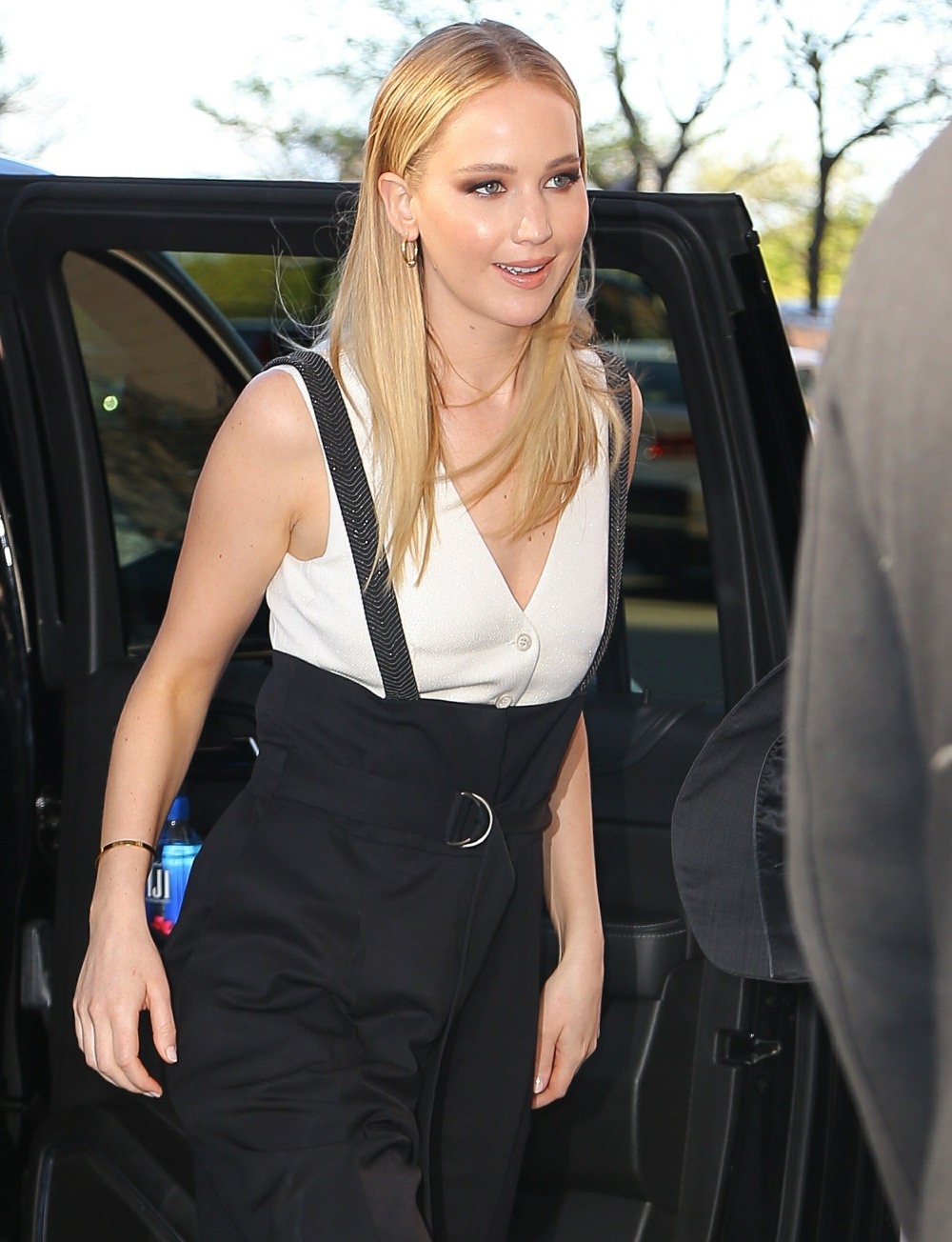 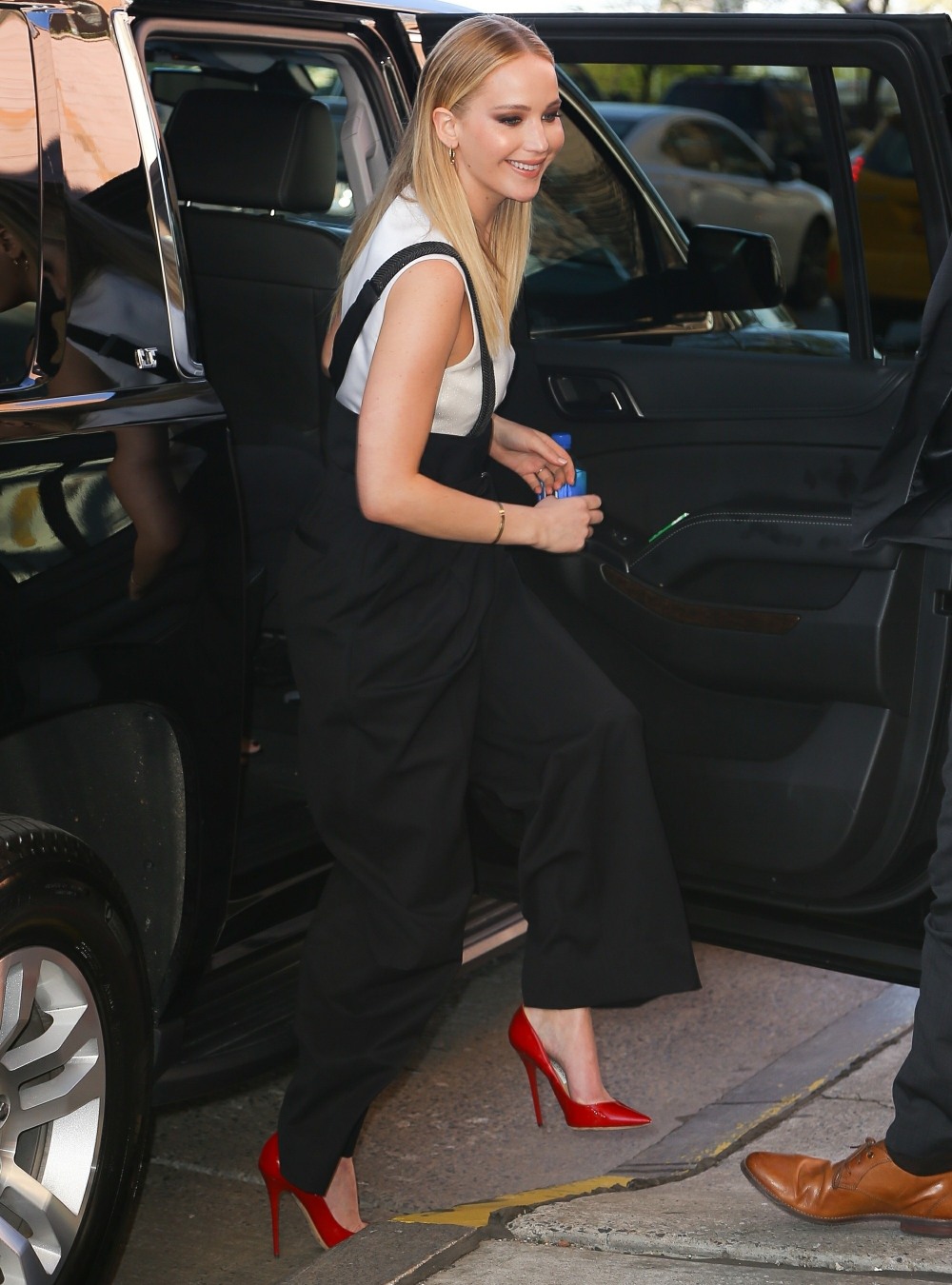