The couple had yet to post about one another on their social media until now. On Saturday, which happens to be Lopez’s 52nd birthday, she posted a slideshow of photos of herself wearing a bathing suit while on a yacht. She also slyly added a PDA-filled photo of her and Affleck kissing on the last slide.

“5 2 … what it do,” J.Lo captioned the birthday shots. In the snap with her and Affleck, he wraps his arms around her as they share a passionate kiss.

Lopez and Affleck, dubbed Bennifer, were previously engaged from 2002 to 2004. The triple-threat star rekindled her romance with Affleck earlier this year, after she and fiancé Alex Rodriguez called it quits.

Lopez’s post comes days after Leah Remini shared a video montage of her June birthday celebrations, which included a photo with J.Lo and Affleck.

The couple made their subtly IG appearance in a black-and-white photo with Remini. The 48-year-old Oscar winner is seen in the middle as he puts his arms around Lopez and Remini. 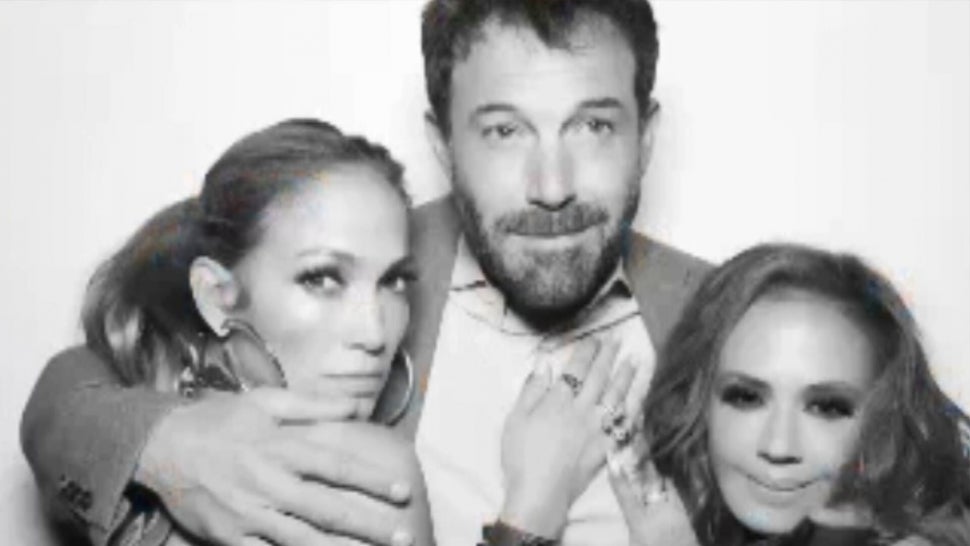 Earlier this week, Lopez told Hoda Kotb on the Today show that she’d be having a low-key birthday this year.

“They keep coming, these birthdays,” she joked. “[I’ll be celebrating] with friends, having fun, you know, raise a glass, give a toast.”

While Lopez was open to discussing some of her personal life, she wasn’t so keen on discussing her rekindled romance with her boyfriend, only saying, “I am happy!” as she dodged questions about her relationship.

The Hustlers star previously echoed her sentiments while talking to Apple Music’s Zane Lowe, telling him that she’s having “the best time of my life” following her breakup.

Bennifer, meanwhile, was spotted house hunting in Los Angeles last week. This comes after a source told ET that amid their newfound love, the pair’s “friends wouldn’t be surprised if they move in together and ultimately end up together.”

“They’re spending all of their free time together and making each other a priority. J.Lo falls hard and has certainly done the same with Ben again this time around,” the source said. “Ben is a guy’s guy and does his own thing, which J.Lo loves. He has his own life and is famous in a different way than she is and is not trying to compete with her by any means. They just support and love each other.”

See more in the video below.