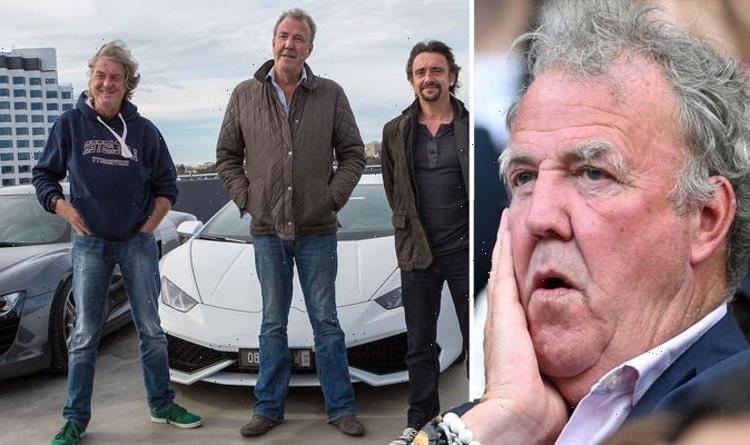 Jeremy Clarkson, 61, happily discussed his new book and farming with RTE Radio’s Brendan O’Connor, but became hesistant when the host brought up the Top Gear incident. Back in 2015, the car enthusiast was suspended and then let go from the show after he punched producer Oisin Tymon.

Brendan said to him: “There was an Irish connection to the reason you had to leave [Top Gear]. The producer you punched was Irish.

“I know it’s all gone through court and settlement and apology and everything. How do you reflect on that now?”

Seemingly taken aback by the question, he paused briefly and then replied: “I don’t [reflect on it].

“OK,” Brendan swiftly replied. as he moved on from the awkward moment.

After the incident at the time, it was reported that Mr Tymon did not file a formal complaint and Jeremy reported himself to BBC bosses.

In a statement, he said: “I would like to say sorry, once again, to Oisin Tymon for the incident and its regrettable aftermath.

“I want to reiterate that none of this was in any way his fault.

“I would also like to make it clear that the abuse he has suffered since the incident is unwarranted and I am sorry too that he has had to go through that.”

The farmer fronted the show alongside Richard Hammond and James May.

In 2016, the trio moved on to present Amazon’s The Grand Tour.

Jeremy has confirmed they will be back with two more specials next year.

Last year, the presenter ventured out to front his own show Clarkson’s Farm.

The car enthusiast turned farmer bought the land 12 years ago and has since opened his own Diddly Squat Farm Shop.

Speaking to Express.co.uk earlier this year, Jeremy and Kaleb discussed local farmers’ concerns about the former running his farm at first.

He said: “I’m absolutely convinced they all wanted to roll their eyes and thought, ‘Oh here he comes up from London’.

“There’s bound to be [concerns] but what difference does it make whether I’m doing it or somebody else? I am trying my hardest.”

Defending Jeremy, Kaleb chimed in: “When he first started there was a lot of talk with the farmers, I’m very good friends with them all.

“They were like, ‘Oh God, here we go’ the one thing they have always said is Jeremy has always had an interest in farming, ever since [he] first bought the farm.

“He’s not the type of person who buys a bit of land, you take a contract on and you go and do it and you never see him.”

Jeremy went on to say he had since won his fellow farmers over and is friends with them now.

Clarkson’s Farm was recommissioned for second series earlier this year. It is expected to return later next year.