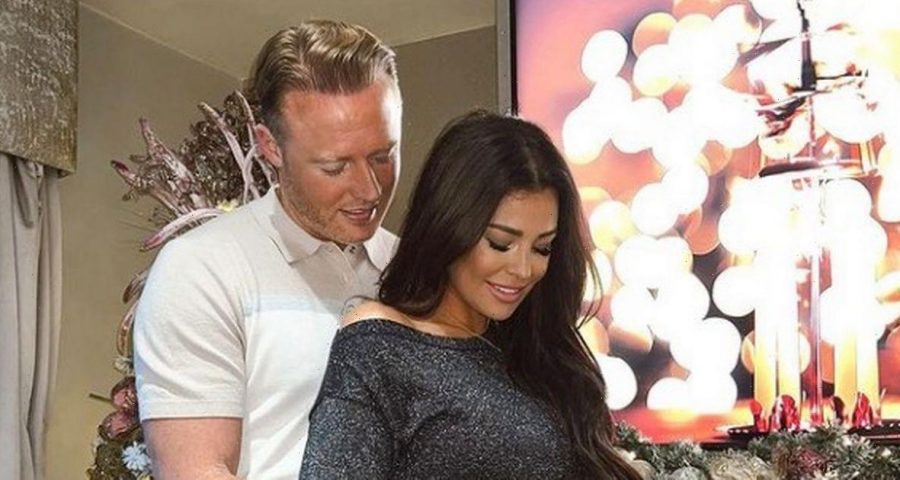 Jess Wright has debuted her growing baby bump after returning home from her honeymoon in Dubai with husband William Lee-Kemp.

Jess, 36, announced in November thatshe was expecting her first childjust weeks after she and William tied the knot.

The newlyweds then went on to enjoy a romantic trip to Dubai for their honeymoon, andcelebrated Jess’ birthday while there.

Over the course of their holiday, Jess shared a series of snaps of her ever-blossoming bump, and treated her 1.5 million followers to another onein front of a Christmas treeafter returning home to the UK.

Jess has since shared another update on her bump, and proudly showed it off in a mirror selfie while out shopping.

In the snap, the mum-to-be rested her hand on her growing stomach while wearing a matching light brown top and flared trousers, coupled with an oversized black and white cardigan.

To complete the look, Jess wore white trainers and a black shoulder bag.

In the wake of Jess’ exciting baby news, her mumCarol has said she thinks it's taken the pressure off her brother Mark , who is married to Our Girl actor Michelle Keegan, to have a baby.

Mark and Michelle, both 34, have been married for six years.

Speaking about her reaction to being told the news of Jess’ pregnancy, Carol added: “I burst into tears. She came round and told me and Natalya (Carol’s youngest) together and we were both gobsmacked. It’s just amazing. She’ll be an amazing mum.”

Meanwhile, Carol’s other child, Josh, 32, is also expecting a baby with his wife, Hollie.

Josh announced the news to Jess and the rest of the family soon before Jess’ wedding, andwent on to receive backlash for doing soas people suggested he was trying to steal the spotlight from his sister.

Carol has since admitted thatit was her idea for Josh to announce his and Hollie’s pregnancywhen they did.

She told New!: “Well, it was me who told them to do it then! They kept trying to get the boys and girls together for dinner to tell them before the holiday but everyone was busy.

While viewers of Jess’ wedding expressed their grievances about Josh’s announcement timing, Jess herself was over the moon and burst into tears when she was told the good news.

For updates on all your favourite celebs, sign up to our daily newsletter here.