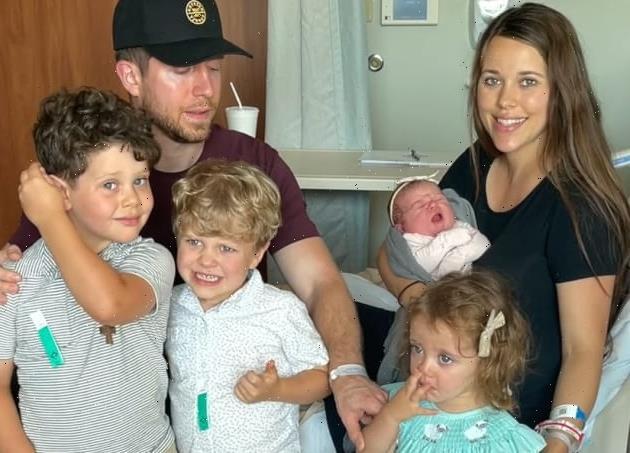 Now is an awkward time for the Duggar family to be active on social media.

However, Jessa clearly wants to keep her fans and followers updated.

This week, that means sharing a major milestone: her seven-year wedding anniversary.

On Monday, November 1, the 28-year-old Duggar daughter took to Instagram to mark the occassion.

Her post took the form of a gushing tribute to her husband, Ben Seewald.

“Anniversary date with my most favorite person in the whole wide world!” Jessa raved.

In case there was any confusion, Jessa included a tag for her husband, writing: “@ben_seewald.”

Jessa shared photos of her 26-year-old husband on an anniversary date with her at Onyx Coffee.

Jessa also shared in her Instagram Stories that the two were being proactive by doing some early Christmas shopping.

The Duggar family does not always participate in mainstream holidays because they deliberately distance themselves from society.

Though some Duggars now celebrate Halloween, they certainly did not grow up doing so.

However, Christmas in their household was as close to normal as anything can be in a fundamentalist cult.

Traditionally, the Duggar children participate in a gift exchange — a bit like a “secret santa” among coworkers.

Obviously, they would not frame it like this — their interpretation of Christmas is far removed from Coca-Cola commercials.

Additionally, Jim Bob and Michelle Duggar would also give each child a gift.

So it’s not quite like a normal family would celebrate, but it’s close enough for the sake of appearances.

That concept had defined much of the lives of the Duggars, not just of Jim Bob and Michelle but of their children, too.

Not all of the Duggar offspring have managed to seem palatable, however.

When Josh Duggar was arrested this spring, most of the family went totally silent on social media.

A few couples put out vague, often tone deaf statements that managed to say nothing yet still rub people the wrong way.

(The topic of photos and videos of childhood sexual abuse is not an excuse to rail against the unrelated topic of pornography, folks)

But Jessa and Ben still want to keep their followers up to date.

Fern is their fourth child, and was born in July.

The timing was not auspicious, both because of Josh’s arrest and, relatedly, because TLC finally canceled Counting On.

Jessa and Ben have enjoyed showing off her parents’ twenty-first grandbaby.

However, they had to know that sharing this side of their lives on social media will open them up to questions.

Josh’s trial date begins later this month. It is not a topic that anyone can ignore, try as they might.

It is entirely possible that the Duggar family will again go radio silent, in whole or in part, after Josh’s trial begins, or especially after the verdict.

That said, we would not be prepared if they have already prepared statements in the event of a conviction, acquittal, or mistrial.

In the mean time, fans who just want to see the innocent babies and not think about the dark crimes of the adults will enjoy the posts while they last.