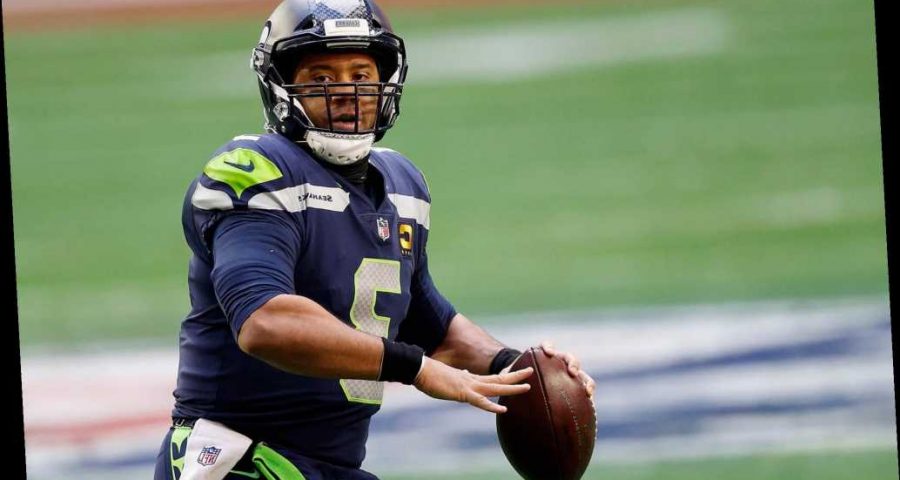 Seahawks should be worried about star player’s end game

The first two quarterback trades of the NFL offseason might be peanuts compared to what’s next.

Russell Wilson’s confidence in the Seahawks has deteriorated to the point where those close to him have broached the idea of a trade with the front office, according to a report from The Athletic.

The Jets, Dolphins, Saints and Raiders were identified as possible trade partners by CBS Sports, and “some people around the league think a trade could happen, if not this offseason then sometime in the near future,” The Athletic wrote.

But none of those three quarterbacks are as accomplished as the 32-year-old Wilson, a seven-time Pro Bowler who has never missed a start, never had a losing record and is 1-1 in Super Bowls. Even the Texans’ Deshaun Watson – who could command a trade package with more than just three first-round picks – hasn’t matched Wilson’s top play, though he is seven years younger.

Wilson was the favorite to win NFL MVP for the first half of the season before his turnovers mounted and his play declined. The Seahawks were bounced in the first round of the playoffs, and Wilson attended the Super Bowl as a guest of commissioner Roger Goodell after winning the Walter Payton Man of the Year Award.

Late-season tensions ran high over Seahawks coach Pete Carroll’s favored strategy to run the ball, limit turnovers and play great defense – a successful strategy when Wilson was a young game-manager – and Wilson’s desire to become an all-time great passer, according to the report. It says Wilson “stormed out of the room” when he realized his suggestions were ignored, and he didn’t have the influence in the organization he has craved for some time.

Against that backdrop, Wilson’s complaints on “The Dan Patrick Show” earlier this month about the Seahawks’ inability to build an offensive line around him sound like laying the groundwork for a blockbuster trade.

Wilson is signed through 2023 on a four-year extension that paid him $140 million. The Seahawks would take a NFL-record $39 million dead cap charge for trading Wilson, which would drive up the asking price.