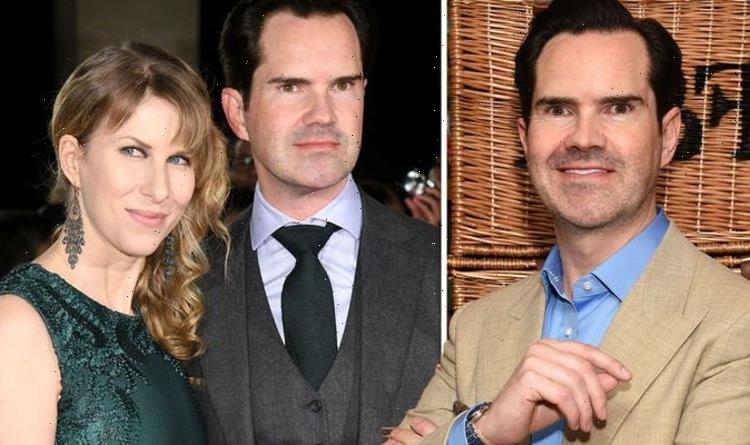 I Can See Your Voice: Jimmy Carr jokes about his 'bucket list'

Comedian Jimmy Carr, 48, has shared the happy news that he has welcomed his first child with partner Karoline Copping, 46. The star was previously rumoured to have secretly become a first-time dad two years ago, but has now appeared to confirm the reports.

Jimmy shared the news with fans at one of his latest stand-up gigs at the O2 Academy Brixton in South London, according to The Sun.

The funnyman appeared to suggest he and Karoline share a son during his tour.

He joked: “I had to tell my little boy he’s adopted.

The publication went on to report that Jimmy continued to crack jokes about becoming a father as part of his show.

He said: “We’re having a gender-reveal party for our kid but we’re going to wait until he’s 21 just to be sure.

“With some babies you can’t tell, is it a boy or an ugly girl?”

Express.co.uk has contacted a representative for Jimmy for comment.

Jimmy previously sparked speculation that he had become a parent after being pictured pushing a pram on many occasions since 2020.

Despite the snaps, the TV star had never confirmed he is a dad until now.

Jimmy and Karoline have been in a relationship for 20 years.