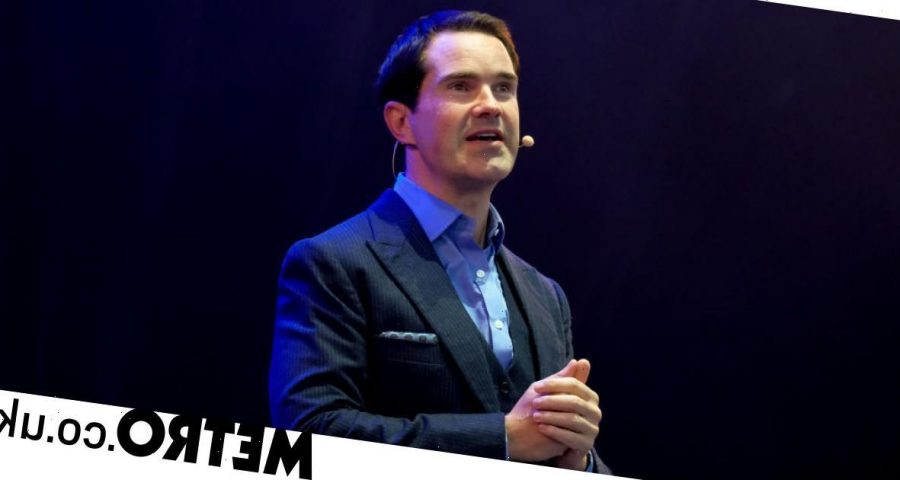 Jimmy Carr furiously blasted a heckler as a ‘f**king r*****’ as he demanded that security kick the audience member out.

The comedian was performing on stage at the Lighthouse on October 7, in Poole, Dorset, as part of his Terribly Funny tour.

However, things went from funny to very serious in seconds as he was allegedly heckled by a man in the audience.

According to reports, the 49-year-old was forced to stop his show multiple times over the shouting, before asking for him to be escorted out.

In audio obtained from the show, he fumed: ‘Guys, stop negotiating with him and get him out the f**king building. 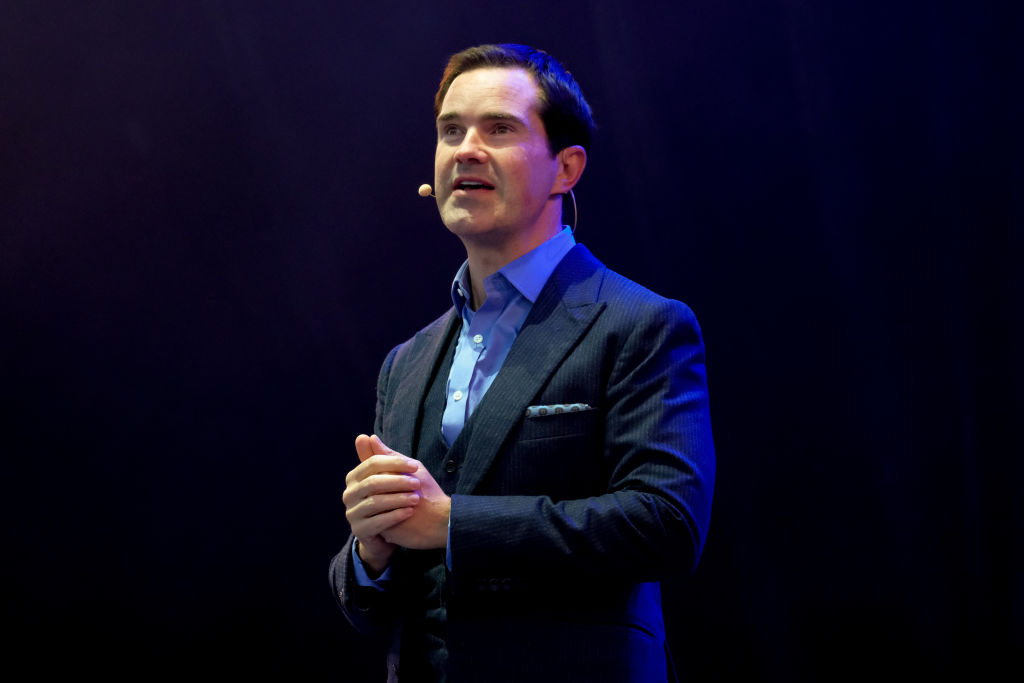 ‘You’ve done this to yourself mate. If it’s any consolation, I’ll keep the money,’ he added as the audience cheered. ‘Take the phone off him, and get him out of the building.’

Audience members claimed that the 8 Out Of 10 Cats presenter was ‘visibly frustrated’ over the incident.

‘Initially they weren’t being abusive, just annoying thinking everyone was enjoying their constant interactions which were interrupting Jimmy’s flow and the audience’s enjoyment,’ one told Dorset Live.

‘Jimmy let them know that they were being annoying with his banter, but they were loving this attention and did not take the hint.’

Another told the publication: ‘It was a bit uncomfortable as the set had lost its rhythm and we were now 20 minutes behind. But ‘Jimmy brought it back round and managed to make it enjoyable.’

While a member of the audience heaped praise on how the star dealt with the interruptions, adding: ‘Jimmy Carr handled it like only Jimmy Carr could, he absolutely ruined the bloke. The rest of the show once he was removed was brilliant,’

Jimmy has yet to speak out over the incident, which comes just after he finally confirmed the name of his toddler, who he shares with his partner of 20 years, Karoline Copping.

The couple welcomed son Rockefeller Carr almost two years ago, but had kept his unique moniker tightly under wraps.

In a chat with the Radio Times, he announced that the tot is named after John D Rockefeller, the Standard Oil magnate, but teased: ’Also with a hint of Chris Rock, the greatest ever comedian.’

Speaking about being a dad for the first time, he joked that he hasn’t been softened by his son just yet, adding: ‘It could be a bit of a gear shift, because of the kind of comedy I do. But so far, I’m still telling the same jokes, I’ve got the same sense of humour.

‘We’ll see, because I’m sure I’m going to be writing a lot of material about him. In fact, I think he might be tax-deductible.’