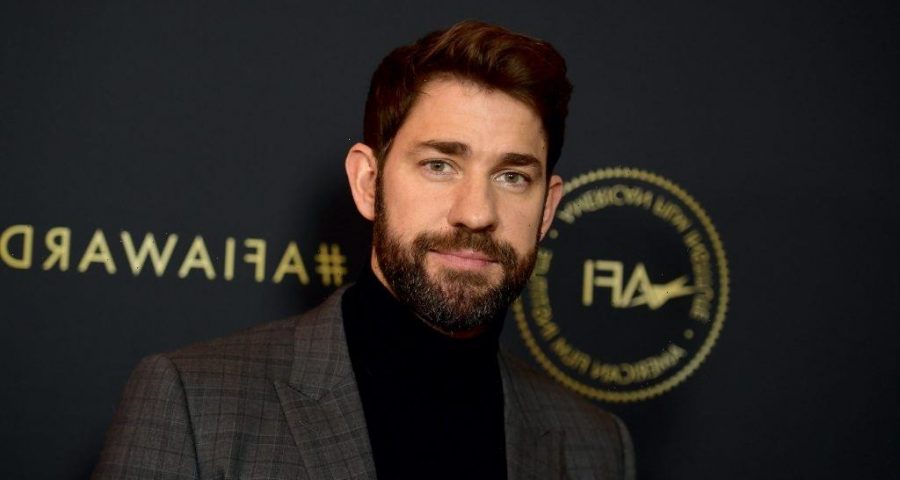 Who doesn’t love a great prank? Well, it turns out, lots of people — especially those who fall victim to the “fun.” Prank culture is central to mainstream entertainment. Jim’s endless pranks on Dwight in The Office mirror the reality TV shows like Ashton Kutcher’s Punk’d, which featured real-life unsuspecting targets. What looks like fun and games to spectators can actually be really disruptive or scary to the victim at the center of the prank, and that was the case for John Krasinski. When he found himself at the butt of Jimmy Kimmel’s prank involving the release of his home address, Krasinski was incensed.

John Krasinski rose to fame on ‘The Office’

John Krasinski’s career started the way many actors’ efforts at breaking into the business do: he moved to New York and worked as a waiter as he scraped together small parts and tried to find his big break. Luckily for Krasinski, it didn’t take long. As Biography reports, Krasinski made his big-screen debut after a string of small guest parts in 2002. He appeared in the film Kinsey as a sexually frustrated husband. Some more small guest roles followed before Krasinski landed his breakthrough part in 2006.

Playing Jim Halpert on The Office defined Krasinski’s career and launched him into fame. Not only did Krasinski rise in popularity during the show’s initial run, but its immense success on streaming services means that he continues to reach new fans even years after the series concluded. Since then, Krasinski has gone on to many substantial roles including a starring part in the thriller A Quiet Place and the lead in the TV series Tom Clancy’s Jack Ryan.

John Krasinski was the target of Jimmy Kimmel’s prank

Celebrities often brush shoulders with other celebrities. They tend to live in the same neighborhoods and frequent the same hang-outs. Jimmy Kimmel and John Krasinski were once neighbors in L.A., and that proximity gave them plenty of opportunities to build a friendship — one based in pranks.

The pair of funnymen lived right across the street from one another, and when Krasinski appeared as a guest on Jimmy Kimmel Live back in 2018, they started reminiscing about the time they spent living so close. “We would start to, you know, play some fun on each other,” Krasinski said before shouting, “people love the pranks!” Krasinski then goes through a photo montage of some of their best pranks over the years.

What started out with Krasinski breaking into Kimmel’s house and decorating it with Christmas lights escalated into more and more extreme acts. Kimmel gift-wrapped Krasinski’s house. Krasinski filled Kimmel’s car with ornaments. Kimmel doused Krasinski in eggnog on live TV.  It’s safe to say things got intense, but one prank stood out as particularly ire-inducing for Krasinski.

Jimmy Kimmel and John Krasinski’s prank war has been going on for years, but there’s one particular incident that stands out. In fact, it’s one of the most searched questions on the internet, and Krasinski was kind enough to answer it in a video for Wired. “What happened at John Krasinski’s yard sale?”

Krasinski explains that Kimmel played a prank on him where he put all of Krasinski’s stuff out on the lawn for a yard sale. Krasinski went on to explain that he “kind of blew a gasket” because he truly believed that the late-night show host was selling all his belongings. Adding even more frustration to the prank was that Kimmel revealed Krasinski’s address as he advertised the “yard sale,” though Krasinski got him back by hiring a choir to sing out the address of Kimmel’s rental house, as Last Night On reports.