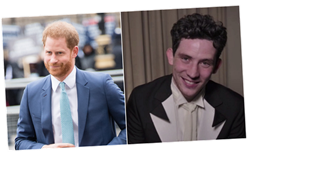 Prince Harry wants Damien Lewis to play him on The Crown — and Josh O’Connor thinks that’d be “a pretty good bit of casting.” In an interview with ET’s Kevin Frazier after his win for Best Actor in a Television Series – Drama at the 2021 Golden Globes on Sunday, O’Connor opened up about Harry’s recent casting suggestion.

“Oh I love Damien Lewis, he’s great!” said the 30-year-old actor, who played Harry’s dad, Prince Charles, on The Crown. “I think the great thing about The Crown is we put together great casts.”

“I’m so excited for the next season and everyone who’s involved in that, and I”m sure that if it comes to Damien Lewis, it’ll probably be a pretty good bit of casting,” he added.

Harry spoke candidly about The Crown during his recent appearance on The Late Late Show With James Corden, sharing that he’s seen the Netflix series, and would like Lewis to play him. 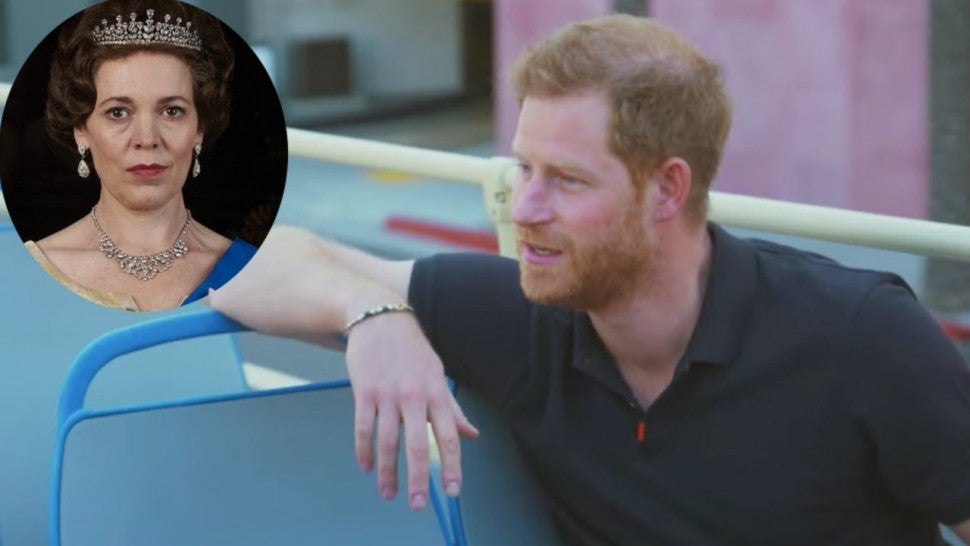 “I’m delighted. I’m delighted that he watches it,” O’Connor told ET on Sunday. “I think anyone who watches it is a great… you know, that’s what we’re there for.”

“It’s pretty surreal. I mean, it’s particularly surreal because it’s… like 3:30 a.m. in the U.K. and I’ve been drinking coffee all night, so I’m sort of peak buzz right now,” O’Connor said. “But mostly, it just means, honestly it’s one of the most incredible moments, I mean obviously, it’s the most incredible moment of my career. I really never dreamt I’d be in this position and so it means the world.”

The actor commemorated his win alone in a hotel room with “a little bit of champagne” — but couldn’t wait to celebrate with his cast mates.

“Emma and I went on this journey together, and although the relationship in the series is torrid, we’re actually very good friends. And the only thing that topped me winning tonight was seeing Emma win and all the hard work she put in and I put in, and Olivia [Colman] and Tobias [Menzies],” O’Connor expressed. “It’s so difficult with these things because it’s easy to forget all the other brilliant actors, but also the other crew. Tonight I just think about Erin Doherty and Tobias Menzies and Helena Bonham Carter and then the crew, Olivia, you know Olivia, but also the directors, and the cinematographers, and the set designers and the costumes makers and the runners. It’s a huge operation and this award, all of these awards, wouldn’t be possible without them, really.”

As for the future of The Crown and reports that Dominic West will take on the role of Prince Charles, O’Connor thinks it’ll be “terrific.”

“Look, if it’s Dominic West then I don’t think I could give him any advice. It’d be pretty rich of me to give him advice,” he said. “They’ll make the right decision whoever it is, and if it’s Dominic, it’ll be magic I’m sure.”

Here’s the complete list of Golden Globes winners, plus all the Golden Globes best moments. And stay right here at ETonline.com all awards season long for updates on the GRAMMYs, Oscars and more.